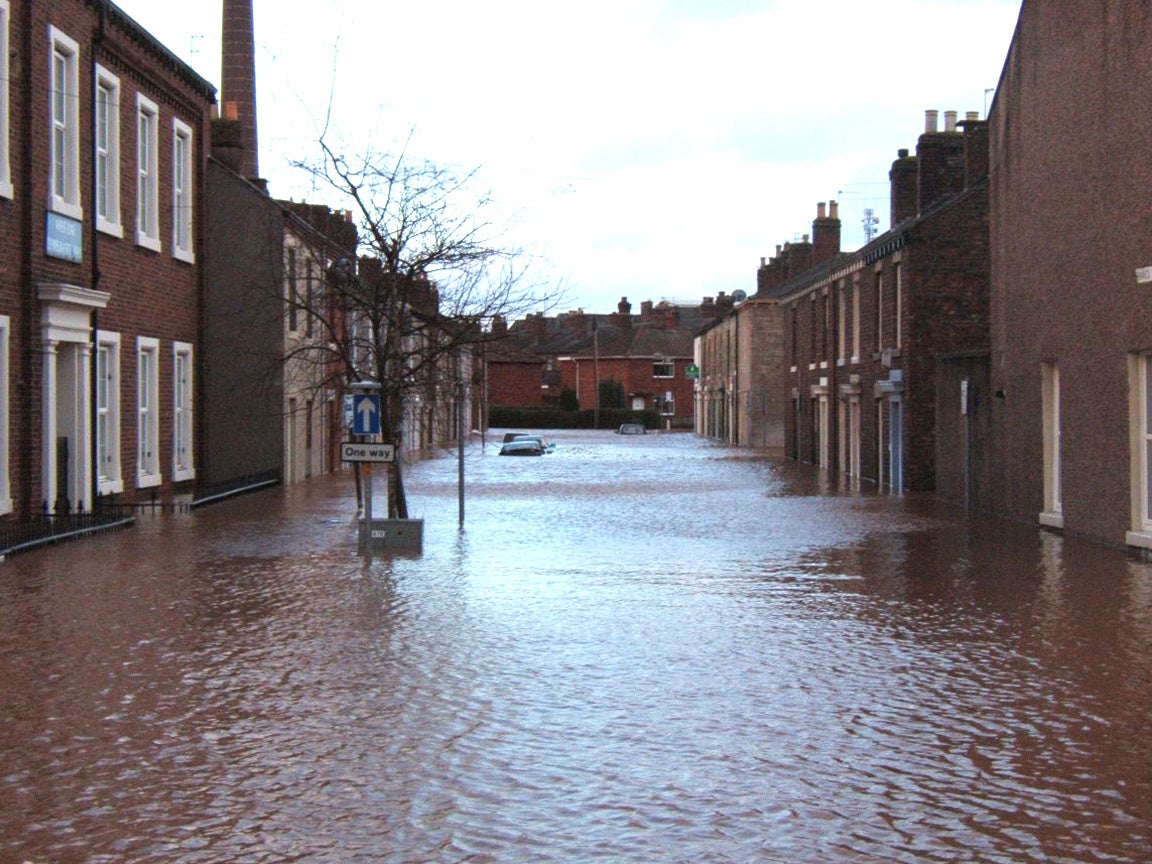 With flood risks and damage from extreme events increasing across Europe, homeowners in areas of greatest risk are still not taking enough measures to protect themselves.

Researchers reported in the journal Risk Analysis their efforts to discover how to motivate people to keep themselves safe and protect their property from flood damage.

They said that both insurance companies and local and national governments need to do more to make people aware of the dangers.

Lead author Susanne Hanger from the Risk and Resilience Program at the International Institute for Applied Systems Analysis in Austria chose three countries in Europe, Austria, England and Romania, with completely different methods of dealing with flood risk, to discover whether her team could understand the trends at work. (The UK part of the study focused on attitudes within England alone, but the government measures the researchers examined come from the wider UK level.) Austria has a government-funded mandatory compensation scheme for flood victims, England relies entirely on private insurance, but in Romania there is no compensation scheme and very few have insurance.

One finding was that where governments or local authorities in Austria and England had built or created flood defenses to protect communities, that made homeowners less likely to take action themselves. In some recent instances in both countries, the rainfall extremes have been so great that even new flood defenses have been overwhelmed.

The report said, “This means that a significant number of respondents who are protected by public measures such as flood dams actually feel safer, and thus tend to invest less in property-level prevention. This could be seen as a rational behavior, but it can become problematic if the perception of safety is overstated.

“Such a ‘false sense of security’ may inadvertently increase the chance of flood damage due to an underinvestment in private measures.”

However, the provision of public flooding defenses in Romania made no difference to people’s behavior, because they did not feel more secure. The researchers put this anomaly down to the widespread distrust of the authorities of the former Communist countries, resulting in a lack of confidence that the defenses would work.

The report divided flood defenses for private homes into two categories: flood defenses built in during construction, and measures taken retrospectively to keep the water out. Austria did best in building flood-resistant properties in risky areas, mainly because many Austrians build their homes themselves.

In England, where developers build homes, the flood risk is largely ignored in construction. The researchers said the way to tackle this, in all countries, is to strengthen and enforce the building regulations.

One recent development in both Austria and England is an increase in premiums by insurance companies in flood-prone areas. Those paying higher prices for insurance reacted by protecting their homes more and investing in waterproof windows, sandbags and other measures. This was the case even though these precautions were not required by insurance companies.

Where insurers did require individuals to take flood protection measures as part of the conditions of the policy, this was highly effective, but it was rare, and the researchers suggested this incentive should be used more widely.

Where people in all three countries had taken no action to prevent flood damage to their homes, it was usually because they did not perceive that any risk existed.

Others thought that prevention measures were not worth it because they were too expensive, and 11 percent said flood protection was too complicated, and did not know what to do.

The researchers concluded that much more can be done to improve the chances of people taking action to avoid flood damage. They recommended stricter planning rules, improved building regulations and more public information campaigns by both governments and insurance companies.