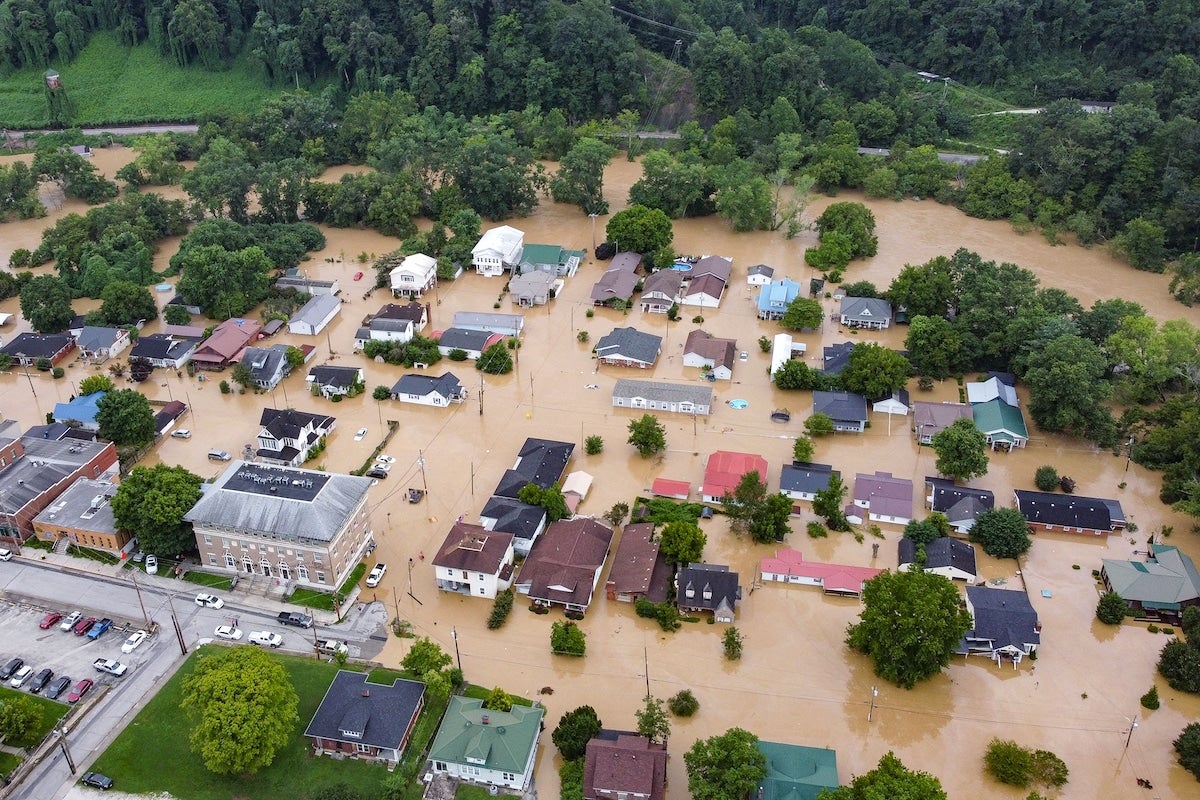 “The part that’s really difficult right now is the fact that our flood maps don’t take into account excessive rain that comes in. And we are seeing these record rainfalls that are happening,” Criswell said Sunday on CNN’s State of the Union, as Bloomberg reported.

Flooding in Jackson, Mississippi, recently led to the failure of water treatment pumps, which caused 180,000 people in the capital city and its surrounding areas to be without safe drinking water.

Criswell commented that the timeline for the water treatment plant being functional again is unknown, reported Bloomberg.

Yesterday, Georgia was inundated with a deluge of heavy rainfall, leading to flash floods and submerged roads, The Guardian reported. As much as 12 inches at the rate of an inch an hour of rain fell, according to the National Weather Service (NWS).

Due to the flash flooding, which overwhelmed the Raccoon Creek filter plant, people in Summerville were advised to boil tap water before drinking or cooking.

A state of emergency was declared in Floyd and Chattooga counties by the Georgia Governor Brian Kemp.

“This is an extremely dangerous and life-threatening situation,” said the NWS, as reported by The Guardian. “Do not attempt to travel unless you are fleeing an area subject to flooding or under an evacuation order.”

Unpredictable extreme weather due to climate change is difficult to forecast.

“[W]e have to start thinking about what the threats are going to be in the future as a result of climate change, so they can put the mitigation measures in place,” Criswell said, as The Guardian reported.

Nonprofit First Street Foundation’s 2020 flood risk assessment examined all properties in the lower 48 States and discovered that federal flood maps underestimated the amount of homes and businesses that were in serious danger by 67 percent, reported Bloomberg.

“FEMA’s maps right now are really focused on riverine flooding and coastal flooding and we work with local jurisdictions to update the maps,” said Criswell, as Bloomberg reported.

Hundred-year-old records were broken in Kentucky, Illinois and Missouri last month as rainfall wrought havoc on communities there.

“We’re seeing not only the age… and the wear and tear on our system but we’re seeing the effects of climate change,” said Jackson Mayor Chokwe Antar Lumumba on ABC’s This Week, as reported by Bloomberg. “We have colder winters, hotter summers and more annual precipitation and all of that is taking a toll on our water infrastructure.”