Michigan Says Flint Water Is Safe to Drink, But Residents’ Trust in Government Has Corroded 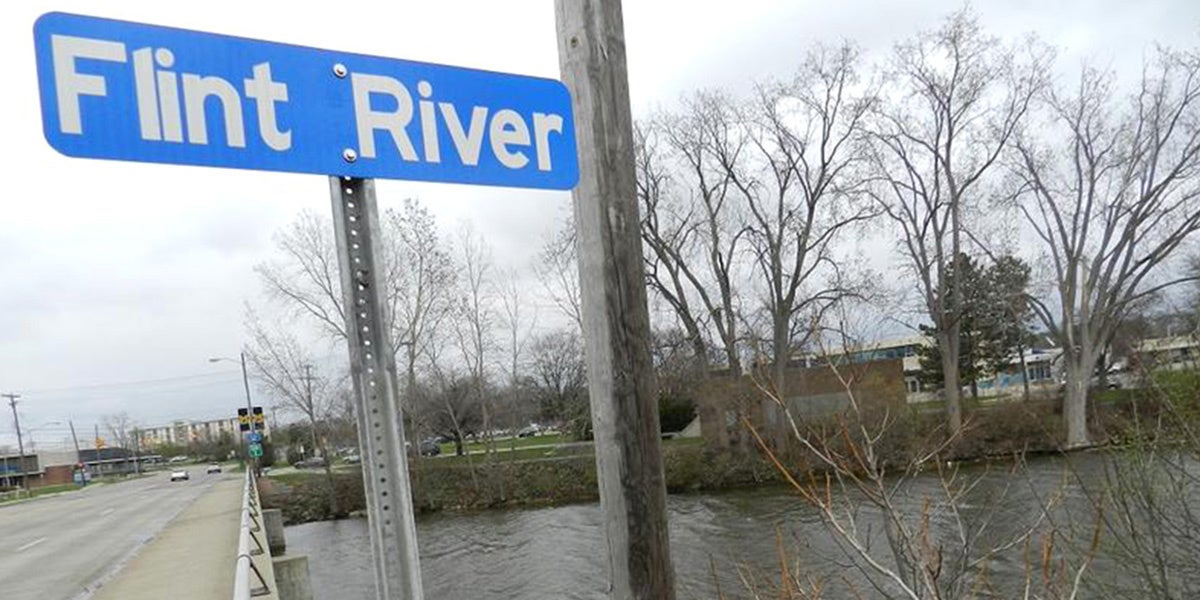 On April 6, with little warning, the state of Michigan closed water point of distribution (POD) centers that have provided residents in Flint for the past three years with bottled water to drink, cook and bathe. This move was based on analysis showing that the city’s water quality had tested below action levels defined in federal drinking water regulations for nearly two years.

The state’s decision to close the PODs signals that with respect to water quality, Flint’s water crisis is over. But for thousands of Flint residents, the trauma it inflicted persists.

The actions that led up to the Flint water crisis did not occur in a vacuum. As a sociologist based in Michigan, whose research focuses on social inequality, racism and racial health disparities, I was driven to explore the context behind one of the most significant public health crises in modern history. Because film can be a powerful medium for conveying inequalities, I chose to direct and produce a documentary on the crisis.

My documentary, “Nor Any Drop to Drink: The Flint Water Crisis,” is scheduled for streaming and video-on-demand release in August 2018. From meeting Flint residents and talking to them about their water problems, I can see that more than pipes have been corroded. State and federal mishandling of the city’s water crisis has all but destroyed trust in government agencies among Flint’s residents.

‘We Are an Invisible People’

Flint’s water crisis is a story of bad decisions by government officials. In 2014, under a state-appointed emergency manager, Flint’s drinking water source was switched from the Detroit water system to the Flint River, even though this move relied on a hastily refurbished and understaffed treatment plant. The state carried out inadequate and improper sampling of the water distribution system, in violation of the Safe Drinking Water Act.

Michigan officials disregarded and attempted to cover up compelling evidence of water quality problems and associated health effects. A spokesman for the Department of Environmental Quality stated in 2015 that Flint residents “can relax,” despite their expressed concerns.

These repeated assurances exposed thousands to contaminated water. In the documentary, Nakiyah Wakes, a Flint mother who blames her miscarriages and adverse behavioral changes in her children on the water, exclaims:

Lendra Brown, a senior citizen living in Northwest Flint who also accepted the state’s assurances, lost two feet of her hair and still has rashes along her neck, jawline and legs. In one of the most poignant moments in the documentary, Brown states: “They are killing us … they killed us. We are an invisible people … and we don’t matter.”

Michigan officials ended the bottled water program after testing mandated by the U.S. Environmental Protection Agency‘s Lead and Copper Rule showed that 90 percent of water samples collected in Flint this year contained an average of four parts per billion of lead—well below the 15 parts per billion federal threshold. According to the state, “Flint’s water is testing the same or better than similar cities across the state and country.”

However, this provides little reassurance to the community given the state’s record, as well as concerns about the pace of pipe replacement and the scope of water testing to date.

Flint’s FAST Start program, funded by state and federal agencies, has set a goal of replacing lead service lines that connect water mains to homes across the city by 2020. As of December 2017, more than 6,000 pipes had been replaced, but approximately 12,000 lead service lines were still in place. Residents who were filmed, and who I still speak with regularly, worry that replacing lines may disrupt and release lead flakes into the water system. Further, pipes and fixtures inside many homes and businesses are old and corroded and could still leach lead.

Lead Is Not the Only Issue

The state’s rationale for ending the bottled water program is based on testing for lead, but for residents this has never been the only concern. In late 2014, there were reports of elevated levels of total trihalomethanes (TTHM), a group of water disinfection byproducts, some of which are classified as possible or probable carcinogens. And between June 2014 and November 2015, 87 cases of Legionnaires’ disease, a waterborne illness, were reported in surrounding Genesee County, resulting in 12 deaths. In February 2017, the Centers for Disease Control and Prevention announced evidence of a connection between city water and patients diagnosed with Legionnaires’ disease.

Governor Rick Snyder’s office has said that water filters and replacement cartridges will remain available for people who are concerned about the process of service line replacements, or who “would feel more comfortable using a filter until their confidence in the water quality can be reestablished.” This approach puts much responsibility on residents, who risk further problems from contaminated water if they do not properly install or maintain the filters. Further, according to the Genesee County Medical Society, the filters reduce but do not eliminate lead and other contaminants, such as bacteria.

Buying bottled water is not an option for many of the 45 percent of Flint residents who live below the poverty line. Therefore, families who have children or members with compromised immune systems—two groups who are especially vulnerable to water contamination—now may have no choice but to take a chance on the city’s water.

“Nor Any Drop to Drink” is ultimately a story about power, and about who really matters. Michigan has had to commit more than $350 million to Flint to fund water quality improvements, pipe replacements, health care and educational resources. The free bottled water program was costing the state an estimated $653,075 per month on average. Participants in the documentary say they believe their government’s decisions have prioritized controlling costs, not their health and well-being. Ending the bottled water program is consistent with that philosophy.

From the start of this crisis, state officials have controlled much of the narrative about drinking water safety. What residents knew didn’t matter for many months, and they suffered as a result. From the community’s standpoint, stopping the bottled water program looks like an effort to close the book on this issue. Flint residents fear that Michigan may shirk its responsibility to make long-term, expensive fixes, and that the world now has permission to stop paying attention to their ongoing water problems.

Cedric Taylor is an assistant professor of sociology at Central Michigan University.