Yes, Flesh-Eating Bacteria Are in the Warm Coastal Waters – but It Doesn’t Mean You’ll Get Sick 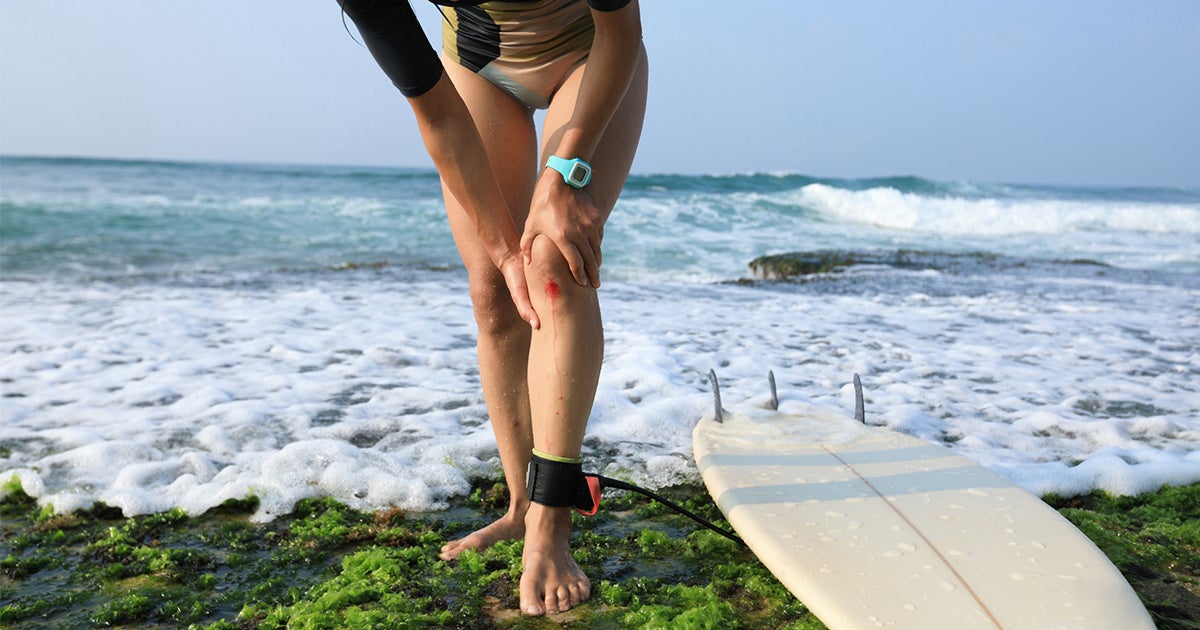 Cover all open wounds with waterproof bandages before swimming in the ocean. lzf / iStock / Getty Images Plus

Like humans, many bacteria like to spend time at the beach. The so-called flesh-eating bacteria, Vibrio vulnificus, don’t just like the beach; they need it, and rely on sea salt for survival. And as with human beachgoers, the warmer the water, the more of them there are.

V. vulnificus is most commonly found in the warm waters of the states bordering the warm waters of the Gulf of Mexico but can also be found along the Atlantic and Pacific coasts. As ocean temperatures rise, it will spread with those warming waters to new ocean habitats where colder waters previously kept it in check. We have seen outbreaks of disease from similar types of Vibrio related to rising ocean temperatures as far north as Alaska.

Most cases of infection occur between May and October, when coastal waters are warmest. This could change, however, as summer weather starts earlier and lasts longer.

I am an infectious disease epidemiologist interested in tracking disease, investigating outbreaks and food safety. The first large outbreak I worked on in Las Vegas was caused by contaminated oysters, and it made me realize just how easily food from the ocean can show up in the desert and make people sick if it isn’t harvested, handled and prepared properly.

We Only Hear About the Worst Cases

News reports tend to focus on people dying or losing limbs from the “flesh eating” bacteria. It’s not front-page news when someone has a mild skin infection or eats a bad oyster and spends a couple days in the bathroom. We don’t often identify the most mild illnesses because people typically don’t seek medical care for them.

Even so, V. vulnificus infections are rare. The Centers for Disease Control and Prevention estimates that about 205 infections occur each year, of which 124 were reported in 2014, including 21 deaths. To put this in some perspective, over 32,000 people died that year in motor vehicle crashes.

Most cases tend to be males over 40 years of age and nearly all of them have some sort of underlying chronic health condition, such as liver or kidney disease, alcoholism or diabetes.

Even for high-risk people, simply swimming alongside the bacteria is not enough to make you sick. The bacteria must find a way to get into your body to multiply and cause damage.

For some people, this involves eating food contaminated by the bacteria – typically raw oysters. Oysters eat by filtering out small particles in the water, including bacteria, so they can contain much higher concentrations of Vibrio than the ocean itself. When someone eats a raw or undercooked oyster, the bacteria can multiply in the gastrointestinal tract and cause nausea and abdominal pain.

It can also lead to a life-threatening infection, as bacteria can move from the intestines into the bloodstream and cause an infection throughout the body. Because it spreads so quickly, it can overwhelm the body before the immune system has a chance to stop the infection. Systemic infections are treatable with antibiotics, but it is important that treatment start quickly, as the death rate can be over 50%.

For other people, V. vulnificus can enter through broken skin such as cuts, burns or wounds. Bacteria can multiply under the skin and cause a life-threatening illness commonly known as flesh-eating disease, or necrotizing fasciitis, which can appear suddenly and spread quickly. The infections typically cause a fever and cause the skin to become, red, swollen and painful at the site of infection. The bacteria do not actually “eat” the flesh, but this is what the disease can look like. Between the growth of the bacteria, the production of toxins, and collateral damage from an overwhelming immune system response, large areas of tissue under the skin can die. The infection is treatable with antibiotics, but it is important that treatment is swift.

So What Can We Do About It?

First, avoid eating raw shellfish, especially if you have a weakened immune system due to liver or kidney disease; are on medications, such as steroids, that suppress the immune system; or are diabetic or have cancer. While raw oysters are a popular delicacy, eating any uncooked animal product carries a risk of disease. If you are preparing oysters at home, handle them just as you would any other raw meat. But keep in mind that lemon juice, hot sauce or alcohol do not kill the bacteria and will not protect you if the shellfish is contaminated and that there is no way to identify the contamination by sight or taste.

Another precaution is not to swim with open cuts or wounds, as this provides a direct path for bacteria to enter your body. Avoid the ocean until you heal or cover the wounds with waterproof bandages.

If you are at high risk for infection because a weakened immune system, wear clothing and shoes that will protect you from cuts and scrapes while swimming.

Finally, if you do wind up with a skin infection after swimming in the ocean or gastroenteritis after eating raw shellfish, tell your doctor, as prompt identification and treatment is necessary for this rare illness.

Remember, you don’t need to skip the beach. Just use some common sense measures to protect yourself from infection by V. vulnificus, especially if you are at high risk.

Brian Labus is an assistant professor of epidemiology and biostatistics at the University of Nevada, Las Vegas.
Disclosure statement: Brian Labus received past funding from the Centers for Disease Control and Prevention for disease surveillance activities while working at the local health department, including the subject of this article.