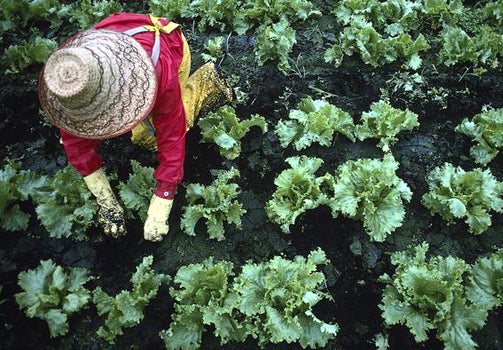 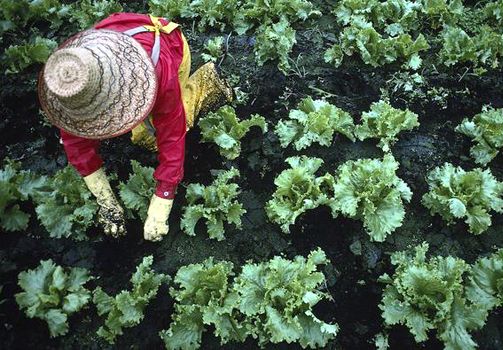 Worldwide, 30 percent of food is wasted, 1 billion people go to bed hungry each night while another 1 billion suffer from health problems related to obesity, and agriculture contributes to a third of global greenhouse gas emissions. Meanwhile, young people are increasingly disconnected from how their food is grown, making solutions to the global agricultural system seem even further out of reach.

In response to these problems, the Barilla Center for Food & Nutrition (BCFN) is releasing a report, Eating Planet, highlighting the challenges facing today’s food and agricultural system, as well as the myriad benefits that reform could bring. As World Environment Day approaches, it is important to appreciate the linkages between technology, culture, and agriculture, and how they can alleviate hunger and poverty.

“Access to food is one of the first and most fundamental of all human rights,” says Guido Barilla, chairman of the Barilla Group. “Where food is lacking, it becomes impossible to live with dignity, and the rights to a healthy life and peaceful coexistence are undermined.”

The Worldwatch Institute’s Nourishing the Planet project, an evaluation of environmentally sustainable solutions to alleviate hunger and poverty, collaborated with BCFN to produce the report. “The study’s conclusions represent a major step toward ensuring that agriculture contributes to health, environmental sustainability, income generation and food security,” said Nourishing the Planet project director Danielle Nierenberg. “The ingredients will vary by country and region, but there are some key components that will lead to healthier food systems everywhere.”

The report is divided into four sections: Food for All, Food for Sustainable Growth, Food for Health, and Food for Culture. Each of these sections ends with concrete recommendations, proposals and actions that need to be taken to solve the global food crisis.

Food for All: Agriculture offers a crucial opportunity for effective investments in development. Because agriculture plays such a large role in rural populations in developing countries, growth in this sector is at least twice as effective in boosting incomes as growth in a non-agricultural sector. Agriculture also directly contributes to food security among the world’s poorest populations, and reforms to the sector are badly needed to reduce both poverty and hunger. These include reinforcing the mechanisms of global governance, such as curbing the trade of food-related stocks to lessen price volatility; encouraging the use of new approaches and tools to measure and promote well-being, in part by shifting away from Gross Domestic Product as a primary indicator of national development; and fostering eating habits that are healthier for humans and have a lower environmental impact.

Food for Sustainable Growth: While many agricultural activities, such as artificial fertilizer application or heavy pesticide use, may boost food production in the short term, they create serious obstacles to feeding the world over the long term. Environmental degradation, including water scarcity, soil depletion and deforestation, are all results of the industrialized agricultural system, and these problems seriously compromise future generations’ prospects of well-being. Part of achieving sustainable well-being involves an understanding of the environmental impacts of different types of foods. To facilitate this understanding, the Barilla Center for Food & Nutrition has devised the Double Food and Environmental Pyramid. This pyramid, a new take on the traditional food pyramid, links the nutritional aspects of different types of food with their environmental impacts, to promote environmentally conscious and responsible food choices.

Food for Health: The global food system also affects issues of human health, including incidences of disease, malnutrition, obesity and diabetes. The report notes several unhealthy changes in dietary and lifestyle patterns, including an increase in calories consumed, a lack of balance and diversity in diets, a lack of education about health and nutrition early in life, and a significant reduction in the amount of time dedicated to physical activity.

Food for Culture: The report emphasizes the need to reconnect people with producing, obtaining, preparing and eating their food. This involves the transfer of knowledge from older to younger generations about the production and preparation of food, the return to a healthy relationship with and appreciation of the land on which food is grown, the revitalization of conviviality associated with food preparation and consumption, and the recovery of traditional flavors in the context of contemporary tastes. In Italy, the University of Gastronomic Sciences is finding ways to combine the passion of food connoisseurs with the science of agriculture. The university conducts courses in food anthropology, food cultures, food policy and sustainability, and students participate in study trips to examine regional food systems.

Healthy eating and lifestyles: In developing countries, where rising average incomes are affecting dietary choices, it is important to provide access to and education about healthy foods like fruits and vegetables before bad eating habits develop into deep-rooted cultural practices. Ensuring proper nutrition among infants and children can greatly improve overall health later in life. Among both children and adults, a balanced diet, coupled with an active lifestyle, can minimize the risks of overweight, obesity, tumors, cardiovascular diseases, diabetes and metabolic syndrome. One extensively studied example is the Mediterranean diet, which characteristically emphasizes a balanced consumption of fruits and vegetables, legumes and grains while limiting meat intake. A study completed by EPIC (European Prospective Investigation into Cancer and Nutrition) found that strict adherence to the Mediterranean diet resulted in a significant reduction in the risk of developing a gastric carcinoma.

Fair food prices: To ensure that agriculture remains a viable and sustainable source of livelihood, farmers must be able to ask realistic prices for their products. In many countries, food prices are kept artificially low because they do not take into account the environmental impacts of producing food, the high medical costs associated with long-term unhealthy eating habits, the costs required to pay farmers and farmworkers a decent living wage plus benefits, and the billions of dollars in government subsidies that farmers receive to grow certain commodities. If farmers could charge real prices for the food they grow, consumers, especially in wealthy countries, would reconsider the impacts of their various food choices.

Transparent and responsible food trade: To improve universal access to food, policymakers must address the lack of transparency and responsibility in the commercial exchange of food around the world. This means, for instance, ensuring that production of crops to be used as biofuels does not interfere with the cultivation of crops for food. In Europe, 8.6 million metric tons of vegetable oil is used for the production of biodiesel fuel and continues to expand by 15 percent annually. The food system must encourage “sustainable well-being,” or the idea that people’s current well-being should not be achieved at the expense of the happiness or prosperity of future generations.