Five Reasons to Stop Coal Exports in Its Tracks 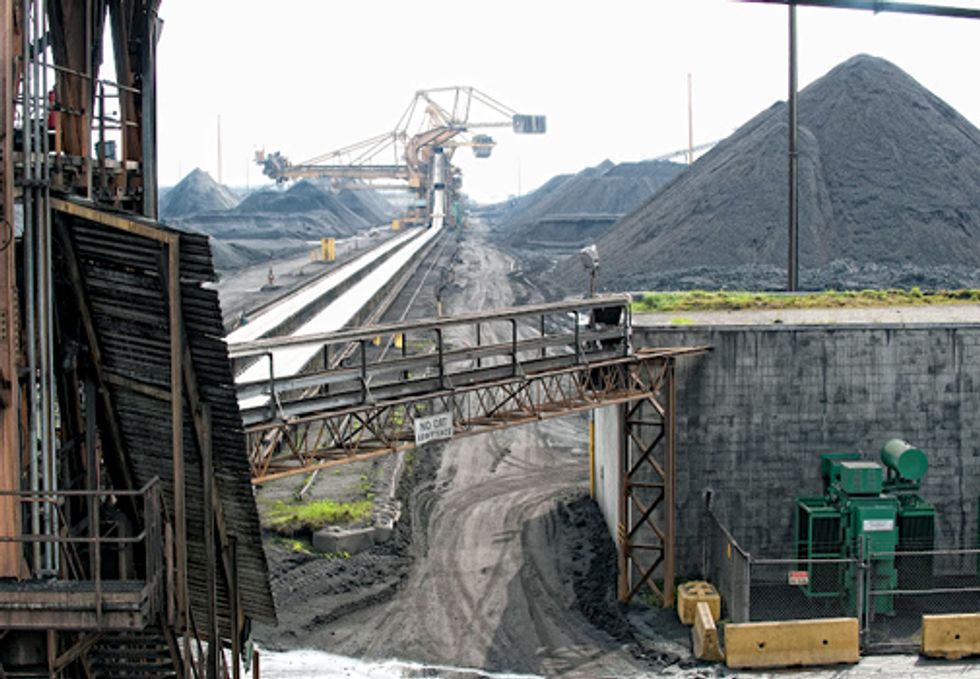 It’s time to tackle coal export nationwide. While the first battles are being fought in the West, coal export is a national issue worth paying attention to. Here are five reasons why.

What a coal terminal looks like. There is simply no way to make a coal terminal look clean. The stockyard at the Westshore Coal Terminal near the U.S. border south of Vancouver, British Columbia stores coal in 80 foot high piles. High tech misting systems are used to keep the coal dust down, but even after 40 years as a terminal, the number one problem for Westshore is controlling the dust said a manager at the facility. Photo by Paul K. Anderson 2012 – paulkanderson.com.

1. If not the West, coal companies will go elsewhere

While the coal export market is definitely complex and difficult to understand, there is one part that is relatively straightforward: if the supply of coal export pathways in the West is too costly, coal companies will take their demand for these pathways elsewhere. Coal companies are already exploring their options in Mexico and the U.S. Gulf Coast:

No matter where the coal companies try to take their exports, the harmful impacts will follow.

2. We know the legacy and reality of coal mining—it’s bad for people, wildlife and the environment

Tens of thousands flocked to the U.S. coal industry in the 19th and 20th century and thousands remain in the industry today. Nearly two hundred years of intense coal mining has left a legacy most are familiar with:

Since we are now aware of the many risks of coal mining and burning, I’d like to fight it wherever it tries to go and leave a new legacy to my future children.

3. Stopping the export of U.S. coal is the latest fight in a wider effort to reduce fossil fuel consumption and increase the use renewable energy.

4. It’s our responsibility as a nation to address the fossil fuel emissions that have gotten us into the climate change mess in the first place.

The U.S.’s significant historic and current emissions of carbon dioxide and other greenhouse gases, largely from fossil fuels, have certainly taken us down the wrong path and led to climate change and global warming. As a long-time global economic leader and industrial innovator, the U.S. is both well-equipped and ethically responsible for showing leadership and innovation to reduce fossil fuel consumption and tackle climate change.

5. We should not risk our health and the wild places we cherish to support exports that will only return mercury and greenhouse gas emissions to our communities.

We don’t need the contaminated food, water and air that more coal exports will bring. Instead, we should fight the coal export battle, as well as other dirty energy battles. At the same time, we should export the alternative and renewable energies that will help put the globe on a healthy track to a sustainable tomorrow.

For all these reasons, it’s time to stand up and fight! Keep track of our efforts to stop coal export in its track and check out Power Past Coal.