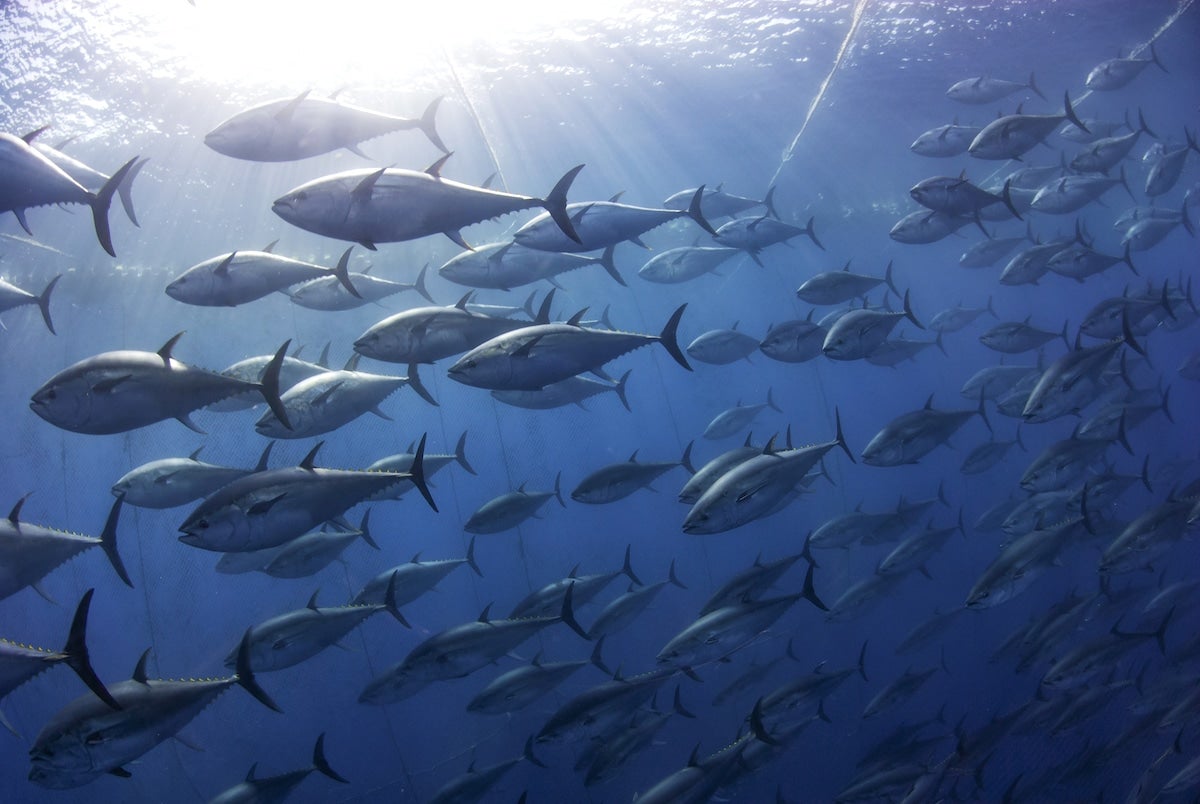 From coral bleaching to ocean acidification, there is lots of discussion about how the climate crisis harms marine life. But is it possible that the loss of undersea animals could actually worsen the impacts of climate change?

A study published in Science Advances last year found that the amount of carbon sequestered as fish dung in the ocean had declined by nearly half since commercial fishing began in earnest a little more than a century ago.

“It’s sort of demonstrating that fish matter for the big carbon cycle in the ocean and other biogeochemical cycles,” study lead author and University of California, Los Angeles oceanographer Daniele Bianchi told EcoWatch.

Fish and the Carbon Cycle

The carbon cycle describes how carbon travels from the atmosphere to plants to animals and the soil and back into the atmosphere when animals exhale (or when humans burn fossil fuels), according to the University Corporation for Atmospheric Research. In the oceans, a similar process occurs with phytoplankton, which convert carbon dioxide into the sugars that form the basis of the marine food web, according to the Woods Hole Oceanographic Institute. This carbon ends up sequestered in the deep ocean or the seafloor when animals die and sink.

Carbon dioxide is also traded back and forth between surface water and the air. However, when considering the living drivers of this and other biochemical processes in the ocean, scientists have largely looked at phytoplankton or bacteria rather than animals like fish, Bianchi said. This study marks “the first time that I think someone [has tried] to do these calculations and show that biological processes that have to do with animals in the ocean matter for these chemical processes,” he said.

The researchers tackled the problem by using a model to illustrate the role that fish played in the biogeochemical cycles of what they called the “preindustrial ocean,” or “the ocean state in the absence of fishing,” and how their role changed as fishing increased. They estimated that the total biomass of fishery-targeted species of fish, molluscs and crustaceans weighing between 10 grams and 100 kilograms (approximately 0.4 ounces to 220 pounds) was around 3.3 gigatonnes (approximately 3.6 gigatons) before those fisheries developed.

These fish did something both very ordinary and very important: They pooped. Fish poop comes out as pellets that are heavy enough to sink more quickly to the seafloor than other organic matter in the ocean, making them an efficient means of storing carbon.

“Once you go in the deep ocean, a big chunk of what we see there as biological carbon sequestration, oxygen consumption can be driven by these fast sinking particles,” Bianchi said.

In total, the researchers estimated that the pre-industrial biomass of fish consumed about two percent of the energy produced by zooplankton and was responsible for around 10 percent of deep-ocean carbon storage driven by biological life.

However, everything changed with modern fishing. By the time of “global peak catch” in the 1990s, the fish biomass in the ocean had declined by nearly half, or around 47 percent. This meant that the fish’s energy consumption and carbon sequestration also fell by around half, “suggesting that the biogeochemical impact of fisheries has been comparable to that of anthropogenic climate change,” the study authors wrote.

While Bianchi is upfront that there are many uncertainties in the model, one take-home message is clear.

“We should think of fish as an integral part of the Earth’s system,” he said.

Overfishing and the Climate Crisis

So does that mean that overfishing is contributing to the climate crisis at sea in much the same way as deforestation contributes on land?

Not necessarily, Bianchi said. That’s because the ocean is a complex system, and it was beyond the scope of the paper to consider how the decline in larger fish might have impacted that system’s carbon storage as a whole.

“If you just consider the waste sinking into the deep ocean or the sediment, probably that declined by half,” Bianchi said. “But there [are] a lot of ecological interactions that are very, very hard to quantify.”

For example, the decline in large fish might give smaller fish or organisms like gelatinous zooplankton room to thrive, and these smaller organisms might have their own methods of contributing to oceanic carbon storage.

“It’s a kind of a completely open research topic, at least at this scale,” Bianchi said.

Bianchi said he hoped to further develop that research topic by working with other scientists that are developing models of both fisheries and ocean chemistry, as well as bolstering the models with more direct observations and measurements. Overall, he thought that scientists, conservationists, and policy makers should adopt a more “holistic” view of the ocean that considered marine biodiversity as being essential not just for sustainable fisheries or natural beauty or healthy ecosystems, but for the overall function of the ocean.

“I’m not arguing that we should add carbon sequestration changes to management of fisheries,” he said. “This is way too early. And it might turn out that it might not be as important.”

But one of the main questions behind the study was beginning to understand the role of animals in the functioning of the pre-industrial ocean.

“And that might be a good reference point to think about future oceans,” Bianchi said. “How far back do we want to go? What function can we restore?”