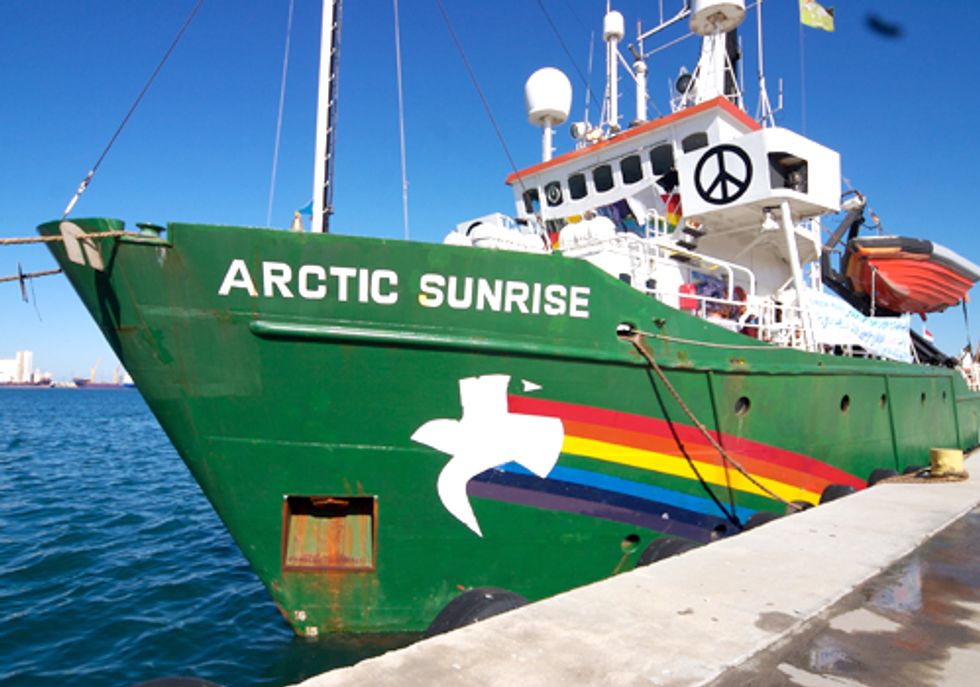 European fisheries ministers meeting in Brussels to discuss the reform of EU fishing rules are expected to ignore the critical imbalance between the bloated size of EU fleets and dwindling stocks, said Greenpeace. Ministers are likely to reach an agreement on how to manage the impact of the EU’s Common Fisheries Policy on fishing in foreign waters.

The Greenpeace ship the Arctic Sunrise is currently off the coast of West Africa, near Senegal and Mauritania, where it has been involved in actions to highlight the destructive impact of European overfishing.

The EU fisheries Council is expected to recognize the right of fishermen in foreign coastal nations to retain priority access to local fishing grounds and to only allow European and other foreign vessels the option of fishing unclaimed quotas within sustainable levels. However, ministers will likely omit any reference to agreed international commitments on the reduction of fleet capacity1.

Ministers will also debate rules to prohibit the damaging practice of discarding unwanted catches, as well as a new fisheries subsidy regime and common market rules.

The over-exploitation of fish stocks in Europe means that some of the world’s largest fishing vessels need to venture further and deeper to catch fish in large quantities, with devastating impacts on the environment. Super-sized industrial factory ships increasingly compete with local fishermen in the developing world, pushing many communities into poverty.

“Ministers claim they are making progress on European fisheries reform, but they are just pussyfooting around the real problem: there are just too many destructive boats out there and not enough fish for them to catch," said Greenpeace EU Fisheries Policy Director Saskia Richartz. "The measure of success of fisheries reform will be whether Europe commits to cut the size of its fishing fleet to ease the pressure on the oceans and local fishing communities.”

According to official figures, the EU catches about 1.2 million tonnes of fish per year outside its waters—almost one quarter of its total catch2. The Commission reports that 14 EU countries have fishing interests in foreign countries, but more than two thirds of these 300 ships fly the Spanish flag (67 percent of the total) and 14 percent are from France. While French vessels target tropical tuna, vessels from the Netherlands, Germany and Lithuania focus on small fish species3.

Last week, in the space of just 10 hours, the Arctic Sunrise came across no fewer than seven EU mega trawlers plundering the ocean’s resources off the coast of Mauritania. While patrolling the area, the Arctic Sunrise also took action against other European and Russian ships taking large quantities of fish.

1. The EU acknowledges that there are simply far too many powerful and destructive vessels for the amount of fish left in the sea. As recently as autumn 2011, the EU joined other countries in the UN General Assembly in a pledge to “urgently reduc[e] the capacity of the world’s fishing fleets to levels commensurate with the sustainability of fish stocks.”

3. European Commission assessment of the CFP.