Fish Farms to Produce Two-Thirds of Global Supply by 2030 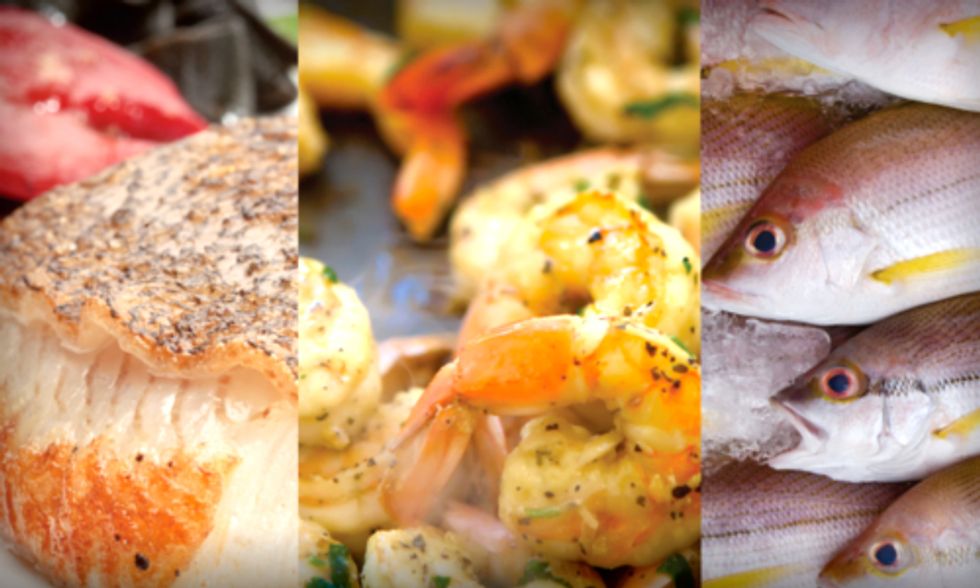 These are among the key findings of Fish to 2030: Prospects for Fisheries and Aquaculture—a collaboration between the World Bank, Food and Agriculture Organization of the United Nations (FAO) and the International Food Policy Research Institute (IFPRI), released on Wednesday. The report highlights the extent of global trade in seafood which tends to flow heavily from developing to developed countries.

According to the FAO, at present 38 percent of all fish produced in the world is exported and in value terms, more than two-thirds of fishery exports by developing countries are directed to developed countries. The Fish to 2030 report finds that a major and growing market for fish is coming from China which is projected to account for 38 percent of global consumption of food fish by 2030. China and many other nations are increasing their investments in aquaculture to help meet this growing demand.

Asia—including South Asia, South-East Asia, China and Japan—is projected to make up 70 percent of global fish consumption by 2030. Sub-Saharan Africa, on the other hand, is expected to see a per capita fish consumption decline of one percent per year from 2010 to 2030 but, due to rapid population growth of 2.3 percent in the same period, the region’s total fish consumption will grow by 30 percent overall.

The report predicts that 62 percent of food fish will come from aquaculture by 2030 with the fastest supply growth likely to come from tilapia, carp and catfish. Global tilapia production is expected to almost double from 4.3 million tons to 7.3 million tons a year between 2010 and 2030.

“The fast-moving nature of aquaculture is what made this a particularly challenging sector to model—and at the same time, embodies the most exciting aspect of it in terms of future prospects for transformation and technological change,” said one of the report’s authors Siwa Msangi of IFPRI.

“Comparing this study to a similar study we did in 2003, we can see that growth in aquaculture production has been stronger than what we thought.”

The World Bank’s Director of Agriculture and Environmental Services, Juergen Voegele, said the report provides valuable information for developing countries interested in growing their economies through sustainable fish production, though he warns that carefully thought out policies are needed to ensure the resource is sustainably managed.

“Supplying fish sustainably—producing it without depleting productive natural resources and without damaging the precious aquatic environment—is a huge challenge,” Voegele said. “We continue to see excessive and irresponsible harvesting in capture fisheries and in aquaculture, disease outbreaks among other things, have heavily impacted production. If countries can get their resource management right, they will be well placed to benefit from the changing trade environment.”

Fisheries and aquaculture are a vital source of jobs, nutritious food and economic opportunities, especially for small-scale fishing communities. Yet threats from large-scale disease outbreaks in aquaculture and climate change-related impacts could dramatically alter this.

Árni M. Mathiesen, assistant director-general of FAO's Fisheries and Aquaculture Department, emphasized that unlocking the potential of aquaculture could have long-lasting and positive benefits.

"With the world’s population predicted to increase to 9 billion people by 2050—particularly in areas that have high rates of food insecurity—aquaculture, if responsibly developed and practiced, can make a significant contribution to global food security and economic growth," Mathiesen said.