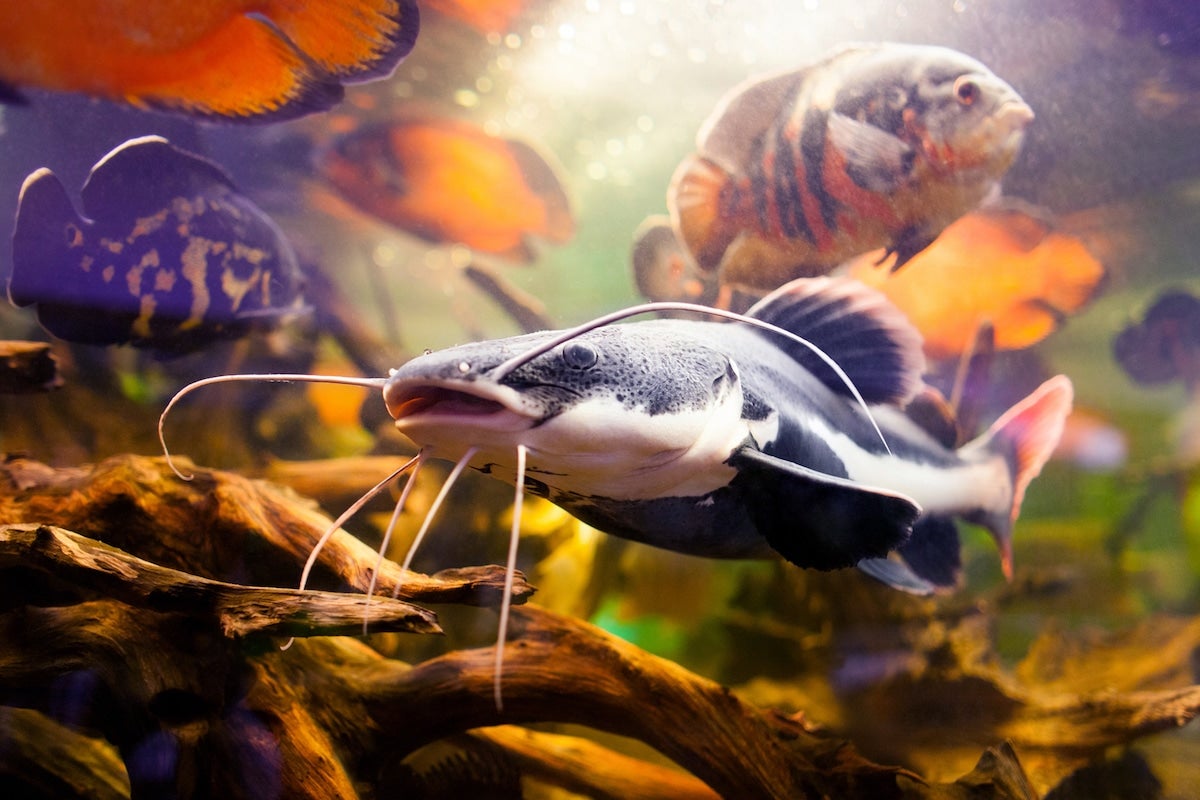 A new study has found that fish in the oceans communicate through a variety of sounds made in extraordinary ways, from moving or grinding their jaws to vibrating their bodies to snapping their tendons. Although researchers already knew fish communicated through sound, it was believed to be a rare phenomenon.

The study, published in the journal Ichthyology & Herpetology, found that acoustic communication has evolved 33 times in Actinopterygii, which includes about 34,000 species and makes up 50% of all living vertebrate species.

Comparatively, humans and other tetrapods, or animals with four limbs, have only experienced an evolution of communication through sound six times, highlighting just how important acoustics are for fish.

“The scientific study of fish has been biased by how humans perceive the world,” Aaron Rice, lead author of the study and a researcher at the K. Lisa Yang Center for Conservation Bioacoustics at the Cornell Lab of Ornithology, told Mongabay News. “When we go swimming, for example, we can’t smell underwater, so we think that there is no reason fish should be able to smell underwater as well — when in fact, many of them have a very well-developed sense of smell.”

The study suggests that sound communication in fish goes back at least 155 million years. Although fish have developed hearing similar to other vertebrates, the way they make sounds to communicate to other fish is distinctive. Many fish use swim bladder vibrations to make noise or may vibrate other muscles or parts of the body, while others can snap their tendons, move their jaws, or otherwise rub skeletal parts to produce sounds.

The sounds are created for various reasons. For example, a catfish may make noise to scare off predators. Drum fish and toadfish are both considered particularly noisy fish.

“While many people think toadfishes are ugly and sit at the bottom of the ocean doing nothing, they happen to have the fastest-contracting vertebrate skeletal muscles across the animal kingdom, and these are dedicated for sound production,” Rice said.

Although the researchers used recordings of oceanic sounds, they found it difficult to identify what sounds belonged to certain species. So they turned to thousands of years of Indigenous knowledge to better track down the source of the noises.

The study shows the importance of minimizing human-related noise pollution, as its impact on fish communications is still unknown.

“Since we have so many fish that are depending on sound for communication — whether it’s for reproduction or social cohesion — how fish respond to increases in human-driven noise is a giant question mark,” Rice explained. “So that fundamental question is, how can we use fish sounds as an indicator of the impacts humans are having on coastal ecosystems?”