FirstEnergy Bankruptcy a ‘Cautionary Tale’ for Coal and Nuclear Industry 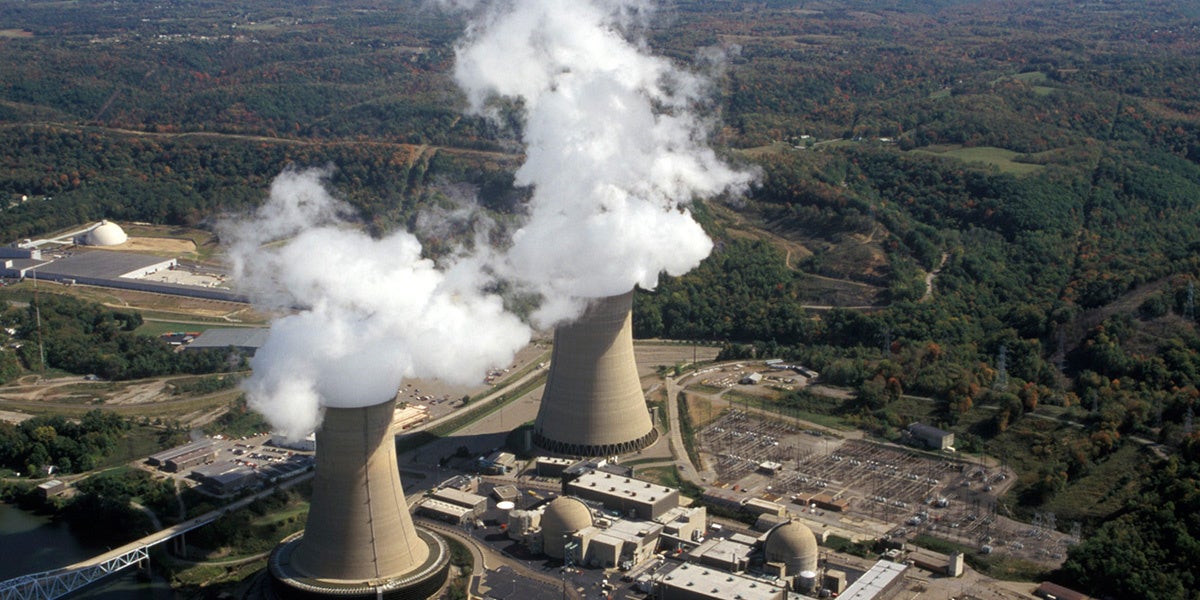 Electric services giant FirstEnergy Corp. announced over the weekend that its embattled coal and nuclear units have filed for Chapter 11 bankruptcy protection.

This move comes just days after the Akron,
Ohio-headquartered company called on Rick Perry’s Department of Energy for an “emergency order” to save its dying coal and nuclear plants in the northeastern U.S.

FirstEnergy Solutions (FES), the competitive subsidiary of FirstEnergy, along with all FES subsidiaries and FirstEnergy Nuclear Operating Company announced its
widely anticipated bankruptcies on Saturday.

The coal and nuclear energy sectors have been struggling over the past decade due to an influx of cheap
natural gas and the rapid rise of renewable energy.

The Sierra Club also said the bankruptcy is a culmination of “short-sighted business decisions and executive mismanagement that resisted investing in clean, renewable energy, and its workers.”

“FirstEnergy Solutions’ bankruptcy is a cautionary tale for utilities, investors, and public officials who think the coal and nuclear industries will somehow rebound in the coming years. They will not,” Mary Anne Hitt, Director of Sierra Club’s Beyond Coal campaign, said.

“America’s 21st century energy market demands cheap, flexible energy resources that can rapidly shift with electricity demands and don’t pollute local air and water. Coal and nuclear plants are too expensive and too dirty to compete in the modern market,” she continued.

“FirstEnergy Solutions is in bankruptcy because it
continually ignored America’s shift to clean energy by investing in uneconomic coal and nuclear plants which have been losing money for years.”

The filing also puts the
pro-coal Trump administration in an awkward position. Perry has previously issued plans to subsidize the nation’s struggling coal and nuclear plants, but federal regulators rejected the proposal earlier this year.

FirstEnergy Solutions’ request for the energy secretary to invoke Section 202c of the Federal Power Act—a law intended for use during national emergencies—would force electricity customers to prop up all coal and nuclear plants in the PJM electricity market.

That forces President Donald Trump’s Energy Department into a decision on whether to intervene under a lightly used, 83-year-old law and compel the nation’s largest electric-grid operator to dispatch power from FirstEnergy’s coal and nuclear plants effectively before any other.

Trump has been one of the coal industry’s biggest boosters, campaigning on reviving a downtrodden industry, and his administration has voiced support for nuclear, too. Both of those fuels are facing tough competition as alternatives—including natural gas, and wind and solar power—have become cheap and more plentiful.

Should the Ohio company’s plea succeed, it could protect thousands of jobs at nuclear and coal plants, as well as their suppliers. But it would hurt rival energy businesses and could raise electricity prices for companies and consumers across the Midwest and mid-Atlantic states. That poses significant risk to Trump by antagonizing supporters among electricity users and companies in the oil-and-gas industry that have become primary suppliers to power plants.

But
senior Energy Department staff said recently they have no plans to use the emergency order for uneconomic plants.

The Sierra Club is calling on FirstEnergy Corp. to protect its workers and their benefits from the bankruptcy process and to commit to its environmental responsibilities, particularly if its coal and nuclear power plants are retired or sold.

“FirstEnergy Solutions workers and local communities are impacted the most by Saturday’s filing, being left with polluted grounds and a significant loss to tax revenue and school funding,”
said Neil Waggoner, Ohio campaign representative of Sierra Club’s Beyond Coal campaign.

“FirstEnergy’s bad business decisions put the company into bankruptcy but the company cannot be allowed to walk away from its obligations. FirstEnergy has a responsibility to collaborate with local leaders to build a plan that supports workers and the communities where it’s operated for generations.”

The bankruptcy filing does not involve FirstEnergy Corp. or its distribution, transmission, regulated generation and Allegheny Energy Supply subsidiaries.