First Solar to Invest $1.2 Billion in U.S. Manufacturing Thanks to New Climate Law 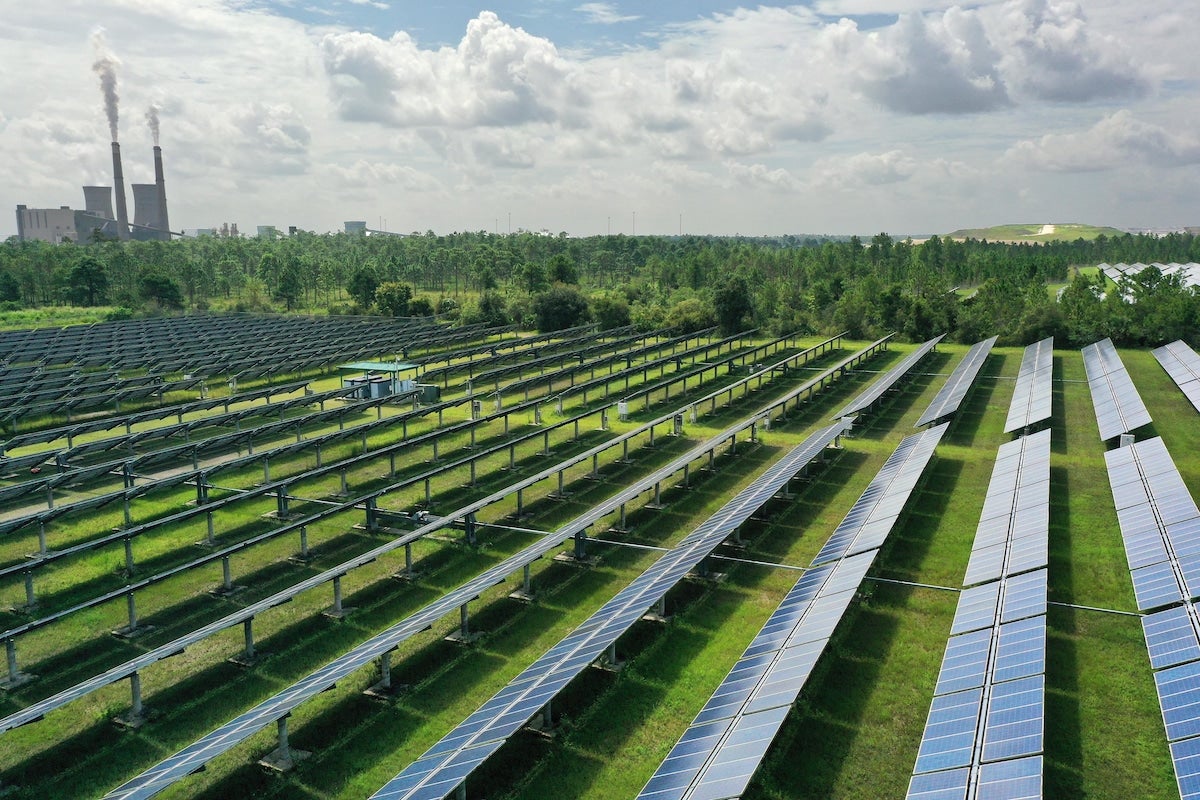 The 6 megawatt Stanton Solar Farm outside of Orlando, Florida in an aerial view on Sept. 8, 2021, the day the Biden administration released plans to produce 40 percent of the country’s electricity by 2035. Paul Hennessy / SOPA Images / LightRocket via Getty Images

First Solar, a major solar panel manufacturer, will invest up to $1.2 billion expanding three U.S. factories and building a fourth in large part because of the passage of the Inflation Reduction Act’s renewable energy incentives, the company said Tuesday.

The company said this would create nearly 1,000 jobs across the four total factories. These investments are consistent with the anticipated expansion of the renewable energy sector in the U.S. A new analysis from Energy Innovation found the law’s $370 billion for climate spending should help double the amount of installed wind and solar energy capacity by 2030, which would correspond to as much as 85% of total U.S. energy supply at that point.

“This bill is going to make it very cheap to create clean electricity – you are going to get an incredible amount of deployment of solar and wind,” said Robbie Orvis, a senior director of analysis at Energy Innovation.

“It will really unleash investment in renewables. It has all the incentives to grow the industry domestically. It’s a complete jump-start for renewables.”

About $180bn in extra capital investment in renewables could be spent by 2030, according to Energy Innovation. A separate research group, Rystad Energy, has forecast even more will be funneled into the sector – about $270bn – leading to hundreds of thousands of new jobs. “The Inflation Reduction Act is a game changer for the US wind and solar industry,” said Marcelo Ortega, renewables analyst at Rystad.