New Bear on the Block: Grizzlies Spotted in Black and Polar Bear Habitats 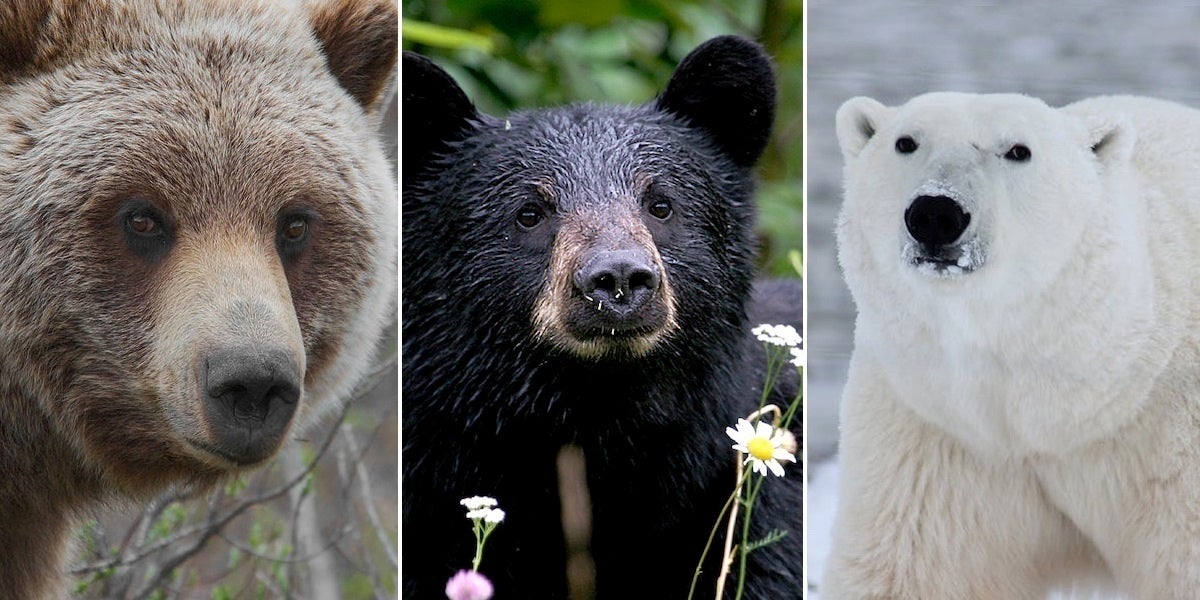 “Scientifically, it has never been documented anywhere,” Doug Clark of the University of Saskatchewan told the
Canadian Press.

Using remote cameras, Clark and his research team documented 401 bear-visits of all three species (366 from polar bears, 25 from black bears and 10 from grizzlies) at three camps in the national park from 2011–2017. The findings were published this week in the journal Arctic Science.

We found grizzly, black and polar bears together for the first time: "This particular story of the three bears isn’t over" https://t.co/bQiDfw98te via @ConversationCA @yukondoug #Arctic pic.twitter.com/aMTfO9zW7U

The presence of polar and black bears was not unusual. After all, Wapusk National Park is home to one of the world’s largest maternity denning areas for polar bears. The park also lies north of a forested region, where black bears call home.

It was the number of grizzly visits that was the biggest surprise.

“These observations add to a growing body of evidence that grizzlies are undergoing a substantial range increase in northern Canada and the timing of our observations suggests denning locally,” the authors wrote.

Clark delved deeper into the study in an essay for The Conversation:

Three dynamic ecosystems—forest, tundra and ocean—converge at Wapusk, and all are changing quickly
as the Arctic warms.

What we’ve seen in Wapusk is consistent with how researchers expect northern carnivore populations to respond to climate change.

The study adds more evidence that grizzly bears are showing up in places where they are not usually found. Other scientists have suggested that increased sightings of so-called “pizzly” or “grolar” bears—or grizzly-polar hybrids—are the result of grizzly bears in Alaska and Canada expanding north due to the warming environment, thus bringing them in contact with polar bears.

“The combination of warmer temperatures and vegetation growth means there is more overlap between the species and I’d expect that overlap to increase,” Chris Servheen, a grizzly bear expert at the University of Montana, told the Guardian in 2016.

It is not currently clear if the three bear species are interacting with each other, or what effect their combined presence has on the larger environment.

“How they interact is a really big question,” Clark told the Canadian Press. “There’s all kinds of things that could go on.”