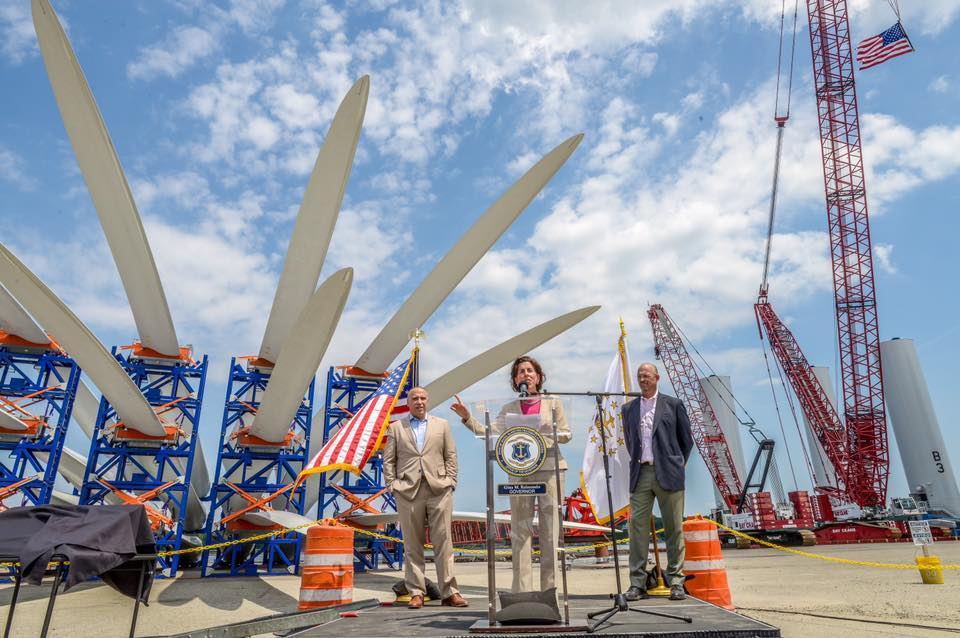 Surrounded by monstrous blades and tower sections on the docks of the Port of Providence, Gov. Gina Raimondo was joined by local elected leaders and clean energy advocates Monday to celebrate the final stages of construction of the nation’s first offshore wind farm. 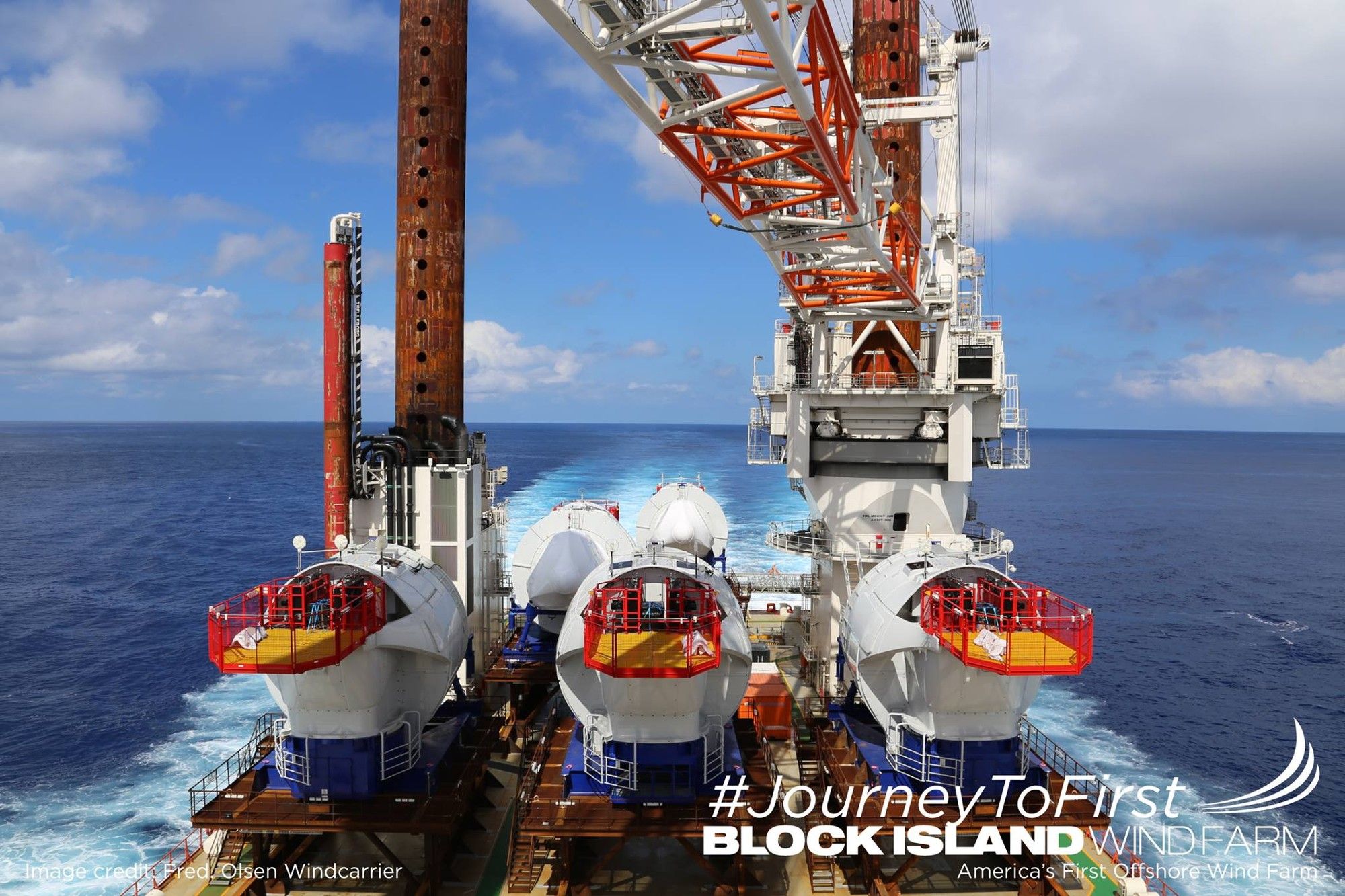 As soon as next week, the company Deepwater Wind will begin installing the turbine towers and blades for the project, located three miles southeast of Block Island, Rhode Island and east of Long Island, New York.

With the potential to supply all of Block Island with clean power, the 30 MW wind farm could jumpstart the nation’s efforts to finally capture the immense pollution-free resource off our coasts, advocates say.

“We’re poised to tap the tremendous energy resource provided by the winds that blow off our shores,” Rob Sargent, Environment America’s Energy Program director and among those celebrating the project today in Providence, said. “Rhode Island deserves tremendous credit for being the first, but it certainly won’t be the last.”

Located in a renewable energy zone designated by Rhode Island state officials several years ago, the Block Island project will reduce carbon dioxide emissions over the next 20 years in amounts equivalent to taking 150,000 cars off the road, create more than 300 jobs and save local residents up to 40 percent on their energy bills.

Advocates urged other Atlantic Coast states to follow Rhode Island’s lead and pressed federal decision makers to continue to do their part to support offshore wind.

“If we’re serious about tackling pollution from fossil fuels and helping our local economy, we should commit ourselves to meeting all our energy needs with clean, renewable energy sources such as offshore wind,” Sargent said.

“That’s why we need bold commitments from governors and state leaders, we need Congress to extend offshore wind tax incentives and we need federal officials to continue leading the way through programs like the Smart from the Start Initiative. With the right support, Block Island will be just the beginning.”