Lab Grown Meat Could Be Worse for the Climate Than Farm-Raised Beef, Oxford Study 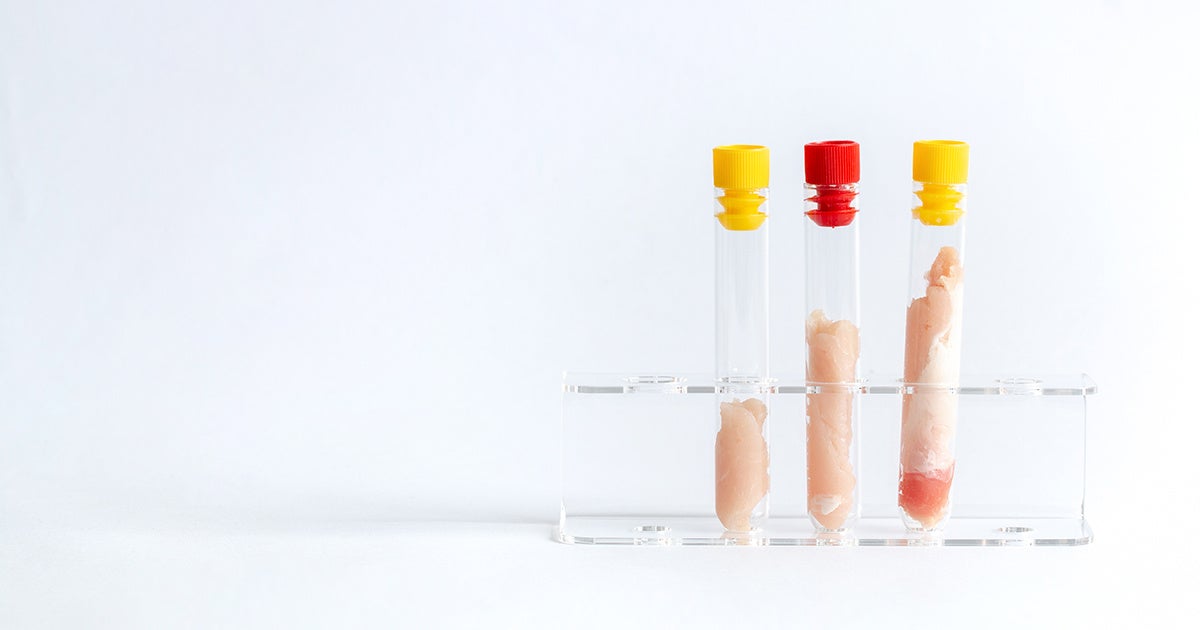 2018 saw a number of studies pointing to the outsized climate impact of meat consumption. Beef has long been singled out as particularly unsustainable: Cows both release the greenhouse gas methane into the atmosphere because of their digestive processes and require a lot of land area to raise. But for those unwilling to give up the taste and texture of a steak or burger, could lab-grown meat be a climate-friendly alternative? In a first-of-its-kind study, researchers from the Oxford Martin School set out to answer that question.

The results, published in Frontiers in Sustainable Food Systems Tuesday, concluded that lab-grown meat could actually make climate change worse. It all depends on whether the energy used to grow the cultured meat is still generated from fossil fuels.

“The climate impacts of cultured meat production will depend on what level of sustainable energy generation can be achieved, as well as the efficiency of future culture processes,” lead study author Dr. John Lynch said in a press release.

Is #culturedmeat a 'silver bullet' solution for climate-friendly beef?
A new study from #OxLEAP shows it's not as simple as that. First we need an #energyrevolution. Full details at https://t.co/w0Qag5LEfw pic.twitter.com/EXMP9zEcR2

To reach their conclusions, researchers compared the greenhouse gas emissions of three different methods of cattle farming and four methods of growing lab-based meat, assuming the energy system remained the same as it is today. They then calculated how those emissions would impact global temperatures over the next 1,000 years. In some cases, they found, lab-grown meat would actually generate higher temperatures.

The reason all hinges on the different ways that methane and carbon dioxide behave in the atmosphere:

“Cattle are very emissions-intensive because they produce a large amount of methane from fermentation in their gut,” study co-author and Halley Professor of Physics at the University of Oxford Raymond Pierrehumbert said in the press release. “Methane is an important greenhouse gas, but the way in which we generally describe methane emissions as ‘carbon dioxide equivalent’ amounts can be misleading because the two gases are very different. Per tonne emitted, methane has a much larger warming impact than carbon dioxide, however, it only remains in the atmosphere for about 12 years whereas carbon dioxide persists and accumulates for millennia. This means methane’s impact on long-term warming is not cumulative and is impacted greatly if emissions increase or decrease over time.”

Because of this, energy-intensive methods for growing cultured meat that release carbon dioxide could have longer-term climate impacts than cattle raising.

The researchers said that there was certainly potential in developing lab-grown meat, and it had other benefits such as freeing land for carbon sequestration. However, it was important to consider all potential consequences of both methods.

“If we simply replace that methane with carbon dioxide it could actually have detrimental long-term consequences,” Lynch said.

Cultured meat has yet to be mass-produced for public consumption, BBC News noted. A Dutch lab claimed to have made the first lab-grown burger in 2013. Last year, a company named Just made lab-grown chicken nuggets.

The future of meat may be in a lab ??‍??the startup @justforall that brought you plant-based #justegg ?? is now creating meat from in-vitro cells. I tried their first product closest to market – a chicken nugget grown in their lab! Tune in @kpixtv at 11 pm @joshtetrick pic.twitter.com/8CVo116Tfc

“Essentially, the process involves collecting stem cells from animal tissue and then getting them to differentiate into fibres, these are then developed and grown into a sufficient mass of muscle tissue that can be harvested and sold as meat,” Matt McGrath wrote for BBC News.