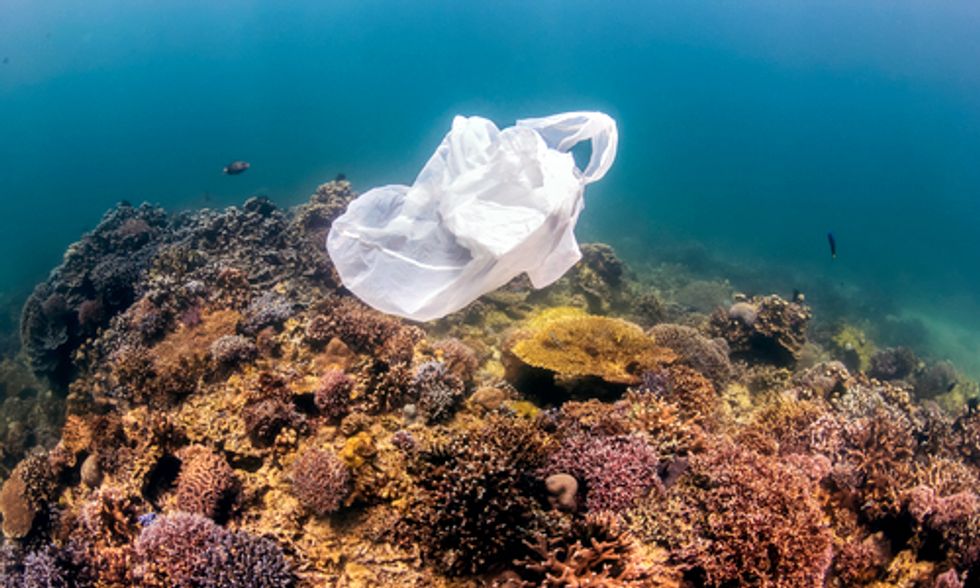 When a research team set sail on a nine-month, worldwide expedition in 2010 to study the impact of global warming on Earth's oceans, one of their projects was to locate the accumulations of plastic.

They found plenty. They explored the five huge gyres, which collectively contain tens of thousands of tons of plastic. The result was the creation of a compelling, first-of-its-kind map of this debris.

These maps show the tens of thousands of tons of plastic garbage floating on the surface of the waters in the world's oceans. Map credit: National Geographic staff Jamie Hawk Source: Andrés Cozar, University of Cádiz, Spain

But in the process, they realized that the plastic in the gyres didn't begin to account for the enormous amount of plastic that's been manufactured since the mass production of plastic began in the mid 1940s.

In a National Geographic report, marine biologist Andres Cozar Cabañas, who was part of the Malaspina expedition led by the Spanish National Research Council, said:

"Our observations show that large loads of plastic fragments, with sizes from microns to some millimeters, are unaccounted for in the surface loads. But we don't know what this plastic is doing. The plastic is somewhere—in the ocean life, in the depths or broken down into fine particles undetectable by nets."

While there's been considerable alarm raised about these gyres of floating plastic, the missing plastic could be having negative impacts we don't yet know about. As National Geographic reports, the study of marine plastic debris is new, dating back only to 2004, when British marine biologist Richard Thompson concluded that most ocean debris is, in fact, plastic.

"Sadly, the accumulation of plastic in the deep ocean would be modifying this enigmatic ecosystem before we can really know it," said Cozar.
Photo credit: Shutterstock

"We are at the very early stages of understanding the accounting. If we think ten or a hundred times more plastic is entering the ocean than we can account for, then where is it? We still haven't answered that question. And if we don't know where it is or how it is impacting organisms, we can't tell the person on the street how big the problem is."

Among the possibilities: it's being consumed by small fish that are eaten by larger fish caught for human consumption, such as tuna and swordfish, and ending up in the human food system. Or it could be finding its way into the ecosystem of the world's least explored region, the deep ocean.

"Sadly, the accumulation of plastic in the deep ocean would be modifying this enigmatic ecosystem before we can really know it," said Cozar.