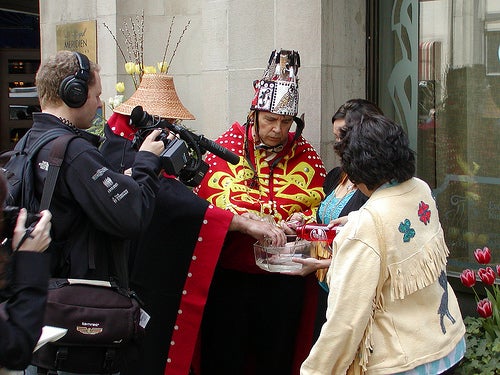 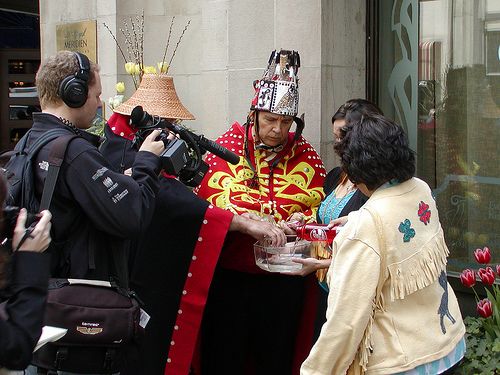 First Nations, whose unceded territory encompasses the entire coastline of British Columbia (B.C.), have formed a united front, banning all exports of tar sands crude oil through their territories, and effectively all of B.C.—whether by Enbridge in the north or Kinder-Morgan in the south.

Several new First Nations signed the Save the Fraser Declaration in a Vancouver, B.C. ceremony, expanding First Nations opposition in western Canada to more than 130 Nations. These First Nations form an unbroken wall of opposition from the U.S. border to the Arctic Ocean. This is the first time that First Nations have come together publicly to declare a ban on oil tankers and pipelines on both the north and south coasts.

“North or south, it makes no difference. First Nations from every corner of B.C. are saying absolutely no tar sands pipelines or tankers in our territories,” said Chief Jackie Thomas of Saik’uz First Nation, a member of the Yinka Dene Alliance. “We have banned oil pipelines and tankers using our laws, and we will defend our decision using all the means at our disposal.”

It is impossible for oil pipelines to go around opposed First Nations, and their consent to pipelines and tankers in their territories is required by international law. The announcement—on the first anniversary of the Save the Fraser Declaration—comes in response to recent calls from the Harper government and oil executives to push through pipeline and tanker projects against the wishes of British Columbians and First Nations.

“The government can talk all it wants about pushing tar sands oil pipelines and tankers through B.C. There is no way our Nations will allow it,” says Chief Art Adolph, representing the St’at’imc Nation. “If they are serious about respecting our rights, the government of Canada must stop pushing the oil companies’ line that this is in the public interest, and the government of B.C. should step up to the plate too and begin protecting our rivers and coastlines from further environmental damages that violate our basic human rights. Especially now, when Canada is a global embarrassment for failing to address climate change and systemically ignoring Indigenous rights.”

“We won’t let government and industry play First Nations off one another with their usual divide and conquer strategies. We are drawing the line in B.C. and First Nations are more united than ever before to stop the threat of oil spills,” said Chief Na’Moks, on behalf of the Wet’suwet’en hereditary chiefs, who signed the Declaration Dec. 1 on behalf of his people (who are not members of the Yinka Dene Alliance). “We have stood against tar sands pipelines from day one and we join with our brothers and sisters today in a shared commitment to put a stop to them.”