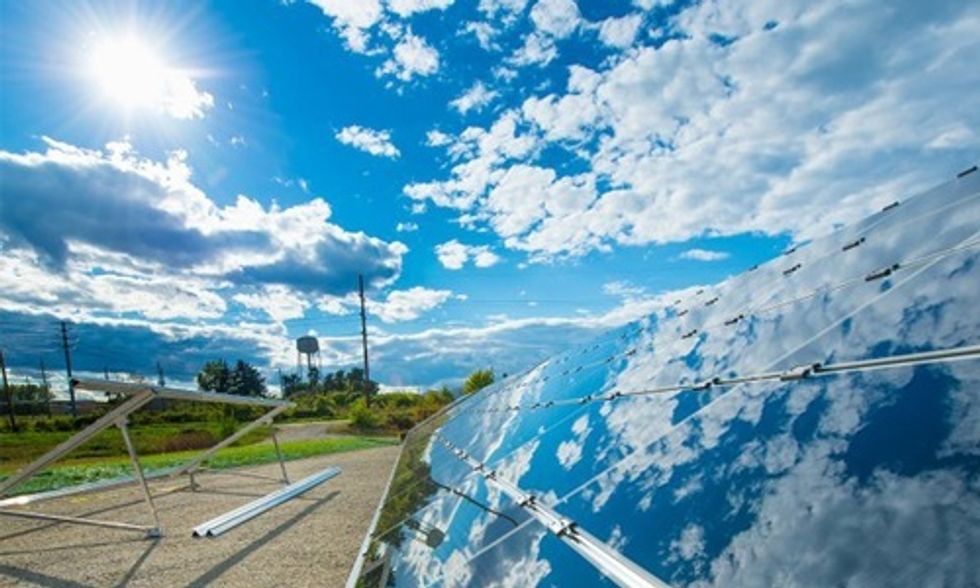 The Caribbean Community (CARICOM) has received recommendations for reaching an ambitious regional target of 48 percent renewable energy generation by 2027. The Caribbean Sustainable Energy Roadmap and Strategy (C-SERMS) Baseline Report and Assessment, released today by the Worldwatch Institute, also suggests a 33 percent reduction in the region's energy intensity. Achieving these sustainable energy goals would result in a 46 percent decrease in carbon dioxide emissions over the period.

The report details a work program of Priority Initiatives, Policies, Projects and Activities (PIPPAs) as concrete steps for achieving these ambitious but feasible objectives. Supporting the full report are two slide decks visualizing the report's main findings as well as the energy situations of individual CARICOM Member States.

"A month before the milestone United Nations climate summit in Paris, and on the day of the launch of the Caribbean Center for Renewable Energy and Energy Efficiency, this report leads the way for CARICOM and its Member States to become global sustainable energy leaders," says Alexander Ochs, director of climate and energy at Worldwatch and lead author of the report.

"We were extremely excited two years ago when CARICOM Member States reviewed an early draft of this report at a Meeting of Energy Ministers and agreed on the preliminary goal of a 48 percent renewable electricity share. Today's updated and extended report adds energy efficiency and climate mitigation to the equation and is accessible to anyone in the region. It provides the analysis and tools necessary to realize the vision of an economically and environmentally sustainable Caribbean region."

Caribbean governments are increasingly aware of the enormous financial, environmental and social costs associated with continued dependence on fossil fuels. Only one CARICOM Member State, Trinidad and Tobago, has substantial fossil fuel resources of its own. All others spend sizable shares of their gross domestic product-including at least a quarter of GDP in Guyana and Montserrat-on imported petroleum products. In Jamaica, the cost of electricity is four times that in the U.S. And in Haiti and Suriname, large portions of the population still lack access to modern energy services.

These and other concerns have spurred a broad regional dialogue on improving energy security and independence, fostering sustainable economic growth, and reducing greenhouse gas emissions through the development and efficient use of local and renewable resources. CARICOM has aimed to provide guidance and support for Member States that are willing to transition to more sustainable energy systems. In 2013, the region reached a milestone when it adopted a regional energy policy—CARICOM's first region-wide agreement on joint energy goals—that included the preliminary 48 percent renewables target. This commitment has since been lauded by UN Secretary General Ban Ki­-Moon.

"C-SERMS is pivotal to the attainment of the sustainable energy and development goals of the Caribbean Community. CARICOM envisions that implementing the C-SERMS Baseline Report and Assessment advances regional goals whilst simultaneously supporting Member States," says Devon Gardner, program manager for Energy in the CARICOM Secretariat and Head of the CARICOM Energy Unit.

"All CARICOM Members have contributed to this Roadmap and the CARICOM Secretariat is excited to have this first in a series of assessments, which will provide guidance on the vision and strategy for building resilient energy systems within the region."

For most Caribbean states, inefficient transmission and distribution networks, geographic remoteness, and steep topography increase the high costs of energy systems that rely on fuel imports. The loss of large shares of GDP to energy imports diverts large sums that otherwise could be invested domestically. As a consequence, national debts rise at the expense of a country's financial ratings, and high electricity tariffs discourage economic development and foreign investment well beyond the energy sector. Additionally, all CARICOM Member States share a particular vulnerability to the environmental and socioeconomic impacts of climate change, caused largely by the burning of fossil fuels. Impacts include sea-level rise, water scarcity, coral bleaching, and increased strength and frequency of tropical storms.

"Caribbean countries are, and increasingly will be, affected greatly by the negative consequences of global climate change," says Ochs. "They have a strong incentive to demonstrate to other countries that it is possible to reduce climate-altering emissions quickly. But even if the problem of global warming did not exist, and the burning of fossil fuels did not result in extensive local air and water pollution, CARICOM Member States would still have a mandate to transition away from these fuels as swiftly as possible, for reasons of social opportunity, economic competitiveness, and national security. They owe it to their people."

Significant renewable energy resources exist across the CARICOM region and have yet to be fully harnessed, including biomass, geothermal, hydropower, solar, waste-to-energy and wind. There are also tremendous opportunities to dramatically improve energy efficiency. However, realizing these sustainable energy potentials in the region will require a robust and dynamic framework of policy and legislation that, so far, remains inadequate. Although all CARICOM Member States have national energy strategies in some stage of development or implementation, most of these lack a coherent long-term vision and concrete policies and measures. Efforts so far have been disjointed and incomplete, and they face a variety of technical, financial, institutional, and capacity barriers.

The C-SERMS Baseline Report and Assessment aims to serve as a key planning tool for tackling existing barriers and communicating priorities that allow for a swift transition toward sustainable energy systems in CARICOM Member States. Suggested PIPPAs range from coordinated regional fuel efficiency standards and targeted model legislation on net metering, to the development of regional generation technology risk mitigation funds and country-specific electric system modelling efforts. The report distinguishes actions to be taken at the regional or national levels, or both, and specifies the required timeframes. It also highlights three broad priority areas for future action: transportation, regional energy trade agreements, and the water-energy-food nexus.

"Sustainable, reliable, and affordable energy can be provided throughout the Caribbean, and this report helps us see how," says Andreas Taeuber, leader of the Renewable Energy and Energy Efficiency Technical Assistance (REETA) project, which supports the CARICOM Energy Unit in fulfilling its political mandate. REETA is a project of the German Agency for International Cooperation (GIZ), which has supported the C-SERMS project and its Baseline Report from its inception. The Inter-American Development Bank also provided support for the project.

"Through regional collaboration, CARICOM Member States have a tremendous opportunity to spearhead sustainable energy development region-wide," says Gardner. "Full transformation of the region's energy sector will be a long-term process, requiring extensive and dedicated collaboration among Member States as well as regional and international actors. The regional approach outlined by C-SERMS ensures that no Member State will travel this path alone, but instead will be supported by a network of actors and institutions, united under a common vision for sustainability."

The C-SERMS Baseline Report and Assessment is the latest outcome of Worldwatch's longstanding and intensive engagement in the Caribbean and Central America. The Institute also recently published national sustainable energy roadmaps for the Dominican Republic, Haiti and Jamaica, as well as regional studies of Central America and Latin America and the Caribbean.