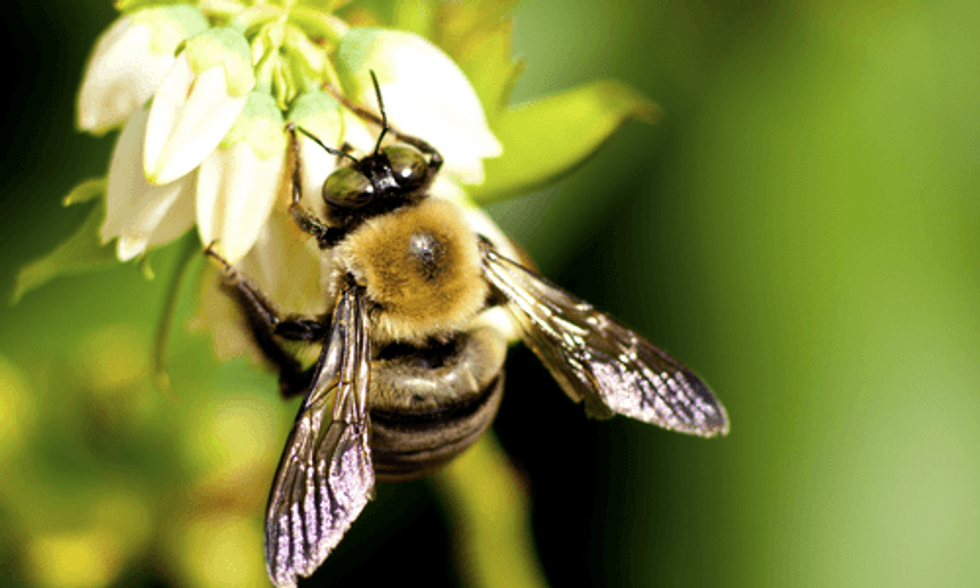 A team of researchers at the University of Vermont (UVM) created the first national study, which mapped wild bee populations. Their findings, which were published in the Proceedings of the National Academy of Sciences, confirm that native pollinators are in major decline in crucial agricultural regions of the U.S. They estimate that between 2008 and 2013, wild bee abundance declined in 23 percent of the contiguous U.S.

Wild bee populations are in serious decline across the U.S. Photo credit: Proceedings of the National Academy of Sciences

"If losses of these crucial pollinators continue, the new nationwide assessment indicates that farmers will face increasing costs—and that the problem may even destabilize the nation's crop production," the researchers said.

The study found that 39 percent of U.S. croplands that depend on pollinators face a "threatening mismatch between rising demand for pollination and a falling supply of wild bees." They propose setting aside 7 million acres of land for pollinators over the next five years.

They identified 139 counties where this "mismatch" is most striking. These counties included agricultural regions of California such as the Central Valley, Pacific Northwest, upper Midwest and Great Plains, west Texas and the southern Mississippi River valley. Crops such as pumpkins, watermelons, pears, peaches, plums, apples and blueberries are most at risk because they are most dependent on pollination.

Researchers identified 139 counties that are especially at risk for pollinator decline. Photo credit: Proceedings of the National Academy of Sciences

“Until this study, we didn’t have a national mapped picture about the status of wild bees and their impacts on pollination,” Koh, a researcher at UVM’s Gund Institute for Ecological Economics, said—even though each year more than $3 billion of the U.S. agricultural economy depends on the pollination services of native pollinators like wild bees.

They also highlight how the conversion of bee habitat into cropland is devastating wild bee's numbers. The study identified 11 key states, where the amount of land tilled to grow corn spiked by 200 percent in five years—replacing grasslands and pastures that once supported bee populations. “These results reinforce recent evidence that increased demand for corn in biofuel production has intensified threats to natural habitats in corn-growing regions,” the study noted.

It's well known that both wild and commercial bee populations are in serious danger. The U.S. Department of Agriculture's annual report found that the U.S. honeybee population plummeted by more than 40 percent within the last year. A growing body of evidence has linked a class of pesticides—neonicotinoids—to the massive bee die-offs.

In May, the White House Pollinator Health Task Force announced new steps to promote pollinator health and called for a national assessment of wild pollinators and their habitats. While nonprofits, such as Food & Water Watch, lauded the goals of the task force, they criticized Obama for failing to take "dangerous pesticides off the market."

"It's clear that pollinators are in trouble," said Taylor Ricketts, the senior author of the study and director of UVM's Gund Institute. "But what's been less clear is where they are in the most trouble—and where their decline will have the most consequence for farms and food."

"Wild bees are a precious natural resource we should celebrate and protect," Ricketts said. "If managed with care, they can help us continue to produce billions of dollars in agricultural income and a wonderful diversity of nutritious food."