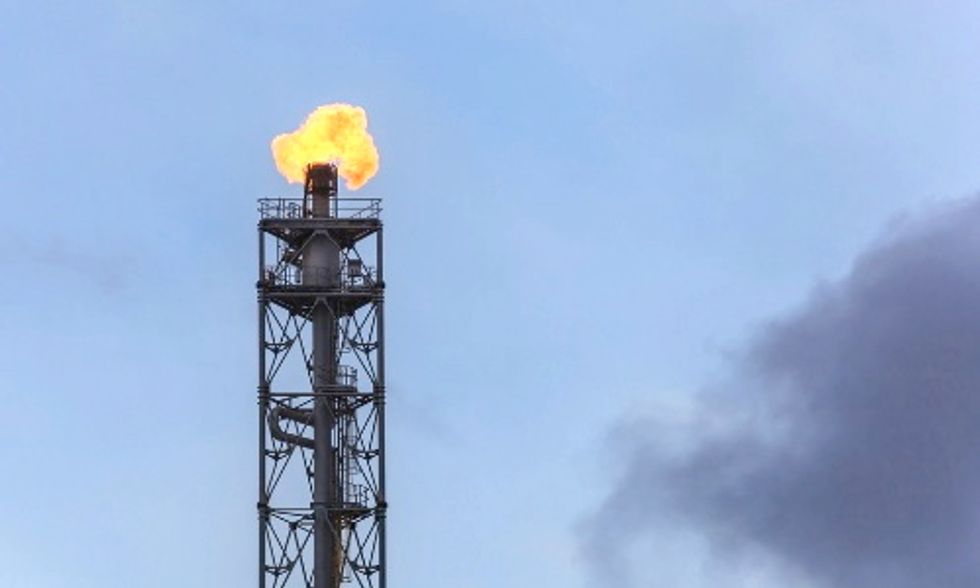 Most people think about oil very generally—it's the fuel that heats homes and powers cars, and most of the changes seen are the yo-yoing prices at the pump. But with ever dwindling supplies and the hunt for crude reaching further corners and deeper pockets of the Earth, oil is changing. What gets pulled out can look anything from a gassy oil to a thick sludge, and can devastate the environment in completely different ways, driving climate change.

This information comes from the first-ever Climate Oil Index released by global think tank Carnegie Endowment for International Peace last week, a stunning analysis of 30 different global oils based on their greenhouse gas (GHG) emissions throughout the entire oil supply chain—oil extraction, crude transport, refining, marketing, product combustion and end use. It's clear, as the energy experts declared, that all oils are not created equal. In fact, according to Carnegie’s analysis, there is more than an 80 percent difference between the lowest and highest GHG emitting oils on the index.

While the appearance of the gasoline that goes into your gas tank hasn't changed much, how it gets there and where it comes from varies widely, such as the thick and dirty muck coming from Canadian tar sands compared to the shale gas coming from hydraulic fracturing. According to the Carnegie analysis, the most GHG-intensive oils identified are gassy oils, heavy oils, watery and depleted oils, and extreme oils:

Gassy oils: Oil fields typically have some natural gas (or methane) and other lighter gases (ethane and others) associated with them. The more gas that is present, the more challenging and costly it is to safely manage these commodities. When the gas associated with certain gassy oils is not handled properly, usually due to lack of appropriate equipment, the gas is burned or released as a waste byproduct. Both flaring and venting operations are damaging to the climate as they release carbon dioxide, methane, and other GHG emissions. Oils that resort to these practices can result in at least 75 percent larger GHG footprints than comparable light oils that do not flare. Flaring policies vary. For example, it has been illegal to flare associated gas in Norway since the 1970s, making these oils some of the lowest emitting oils produced today.

Heavy oils: The heavier the oil, the more heat, steam, and hydrogen required to extract, transport, and transform it into high-value petroleum products like gasoline and diesel. These high-carbon oils also yield higher shares of bottom-of-the-barrel products like petcoke that are often priced to sell. The heaviest oils have total GHG footprints that can be nearly twice as large as lighter oils.

Watery and depleted oils: Depleted oil fields tend to produce significant quantities of water along with the oil. It takes a lot of energy to bring this water to the surface, process it, and reinject or dispose of it. If an oil field has a water-oil ratio of ten to one, that adds nearly 2 tons of water for every barrel of oil produced. Certain depleted oils in California’s San Joaquin Valley, for example, produced 25 or 50 barrels of water per barrel of oil. Oils with high water-oil ratios can have total GHG footprints that are more than 60 percent higher than oils that are not so encumbered.

Extreme oils: Some oils are difficult to access. For example, some oils are buried deeply below the surface, like the Chayvo oil field in Russia’s Sakhalin shelf, which is reached by an incredible set of highly deviated wells that are about 7 miles long. How much energy it takes to recover such resources is highly uncertain. Still other oils are located in areas that sequester greenhouse gases like permafrost, boreal peat bogs, and rainforests. Removing these oils disrupts lands that store significant amounts of carbon, releasing substantial volumes of climate-forcing gases. GHG footprints may be significantly larger for oils that are difficult to access or located in climate-sensitive environments, and this merits further investigation.

The index also revealed that the range of petroleum products produced by refineries, from diesel to asphalt, have varied carbon emissions. In the graph below, you'll see that gasoline releases 370 kilograms of CO2 per barrel compared to petroleum coke (which is similar to coal and is a critical ingredient in the manufacture of aluminum) which emits a whopping 645 kilograms.

There are thousands of different types of oils available globally for production and use, but a total of 30 test oils were modeled in the first phase of the index. "The biggest surprise in doing the Oil Climate Index to us was the lack of transparent data," Deborah Gordon, director of the Energy and Climate program at the Carnegie Endowment and one of the study's authors, explained in the video below. "We were very much shocked. There are hundreds, if not thousands of different oils, but there's very limited data, very limited open source data. We found data that we weren't able to use without express permission to use it, which is hard to get." Gordon said in another interview, "Side note, interestingly we don't have any Frack 2S oils. There just wasn't enough data to model those."

With the absence of transparency in Big Oil, one of the goals of the index is to guide investments in oils with the lowest impact first. "There's an abundance of oils in the Earth, and we're going to learn how to pick and choose much more wisely," Gordon said in the video. "That's not only important for the climate, which is what the Oil Climate Index is about, but it's very important to the marketplace because this infrastructure lasts for generations."

"There are many stakeholders when it comes to making oil decisions, so the better information and the more transparent, the easier it will be to make decisions," she said.

The Real Story Behind the Oil Price Collapse