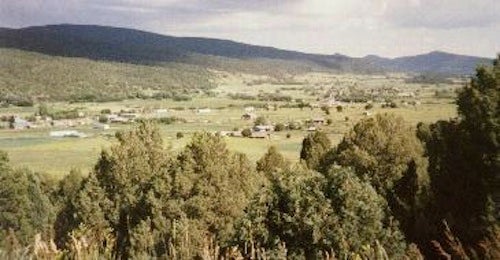 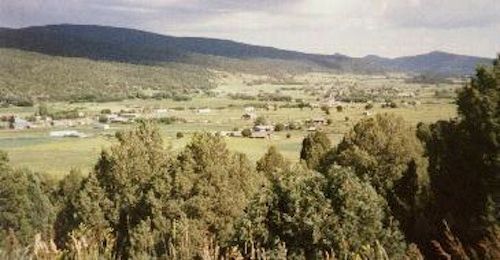 Monday the County Commission of Mora County, located in northeastern New Mexico, became the first county in the U.S. to pass an ordinance banning all oil and gas extraction.

Drafted with assistance from the Community Environmental Legal Defense Fund (CELDF), the Mora County Community Water Rights and Local Self-Government Ordinance establishes a local Bill of Rights—including a right to clean air and water, a right to a healthy environment and the rights of nature—while prohibiting activities which would interfere with those rights, including oil drilling and hydraulic fracturing for shale gas.

Communities across the country are facing drilling and fracking. Fracking brings significant environmental impacts including the production of millions of gallons of toxic wastewater, which can affect drinking water and waterways. Studies have found that fracking is a major global warming contributor, and have linked the underground disposal of frack wastewater to earthquakes.

“Existing state and federal oil and gas laws force fracking and other extraction activities into communities, overriding concerns of residents,” explained Thomas Linzey, Esq., CELDF executive director. “Today’s vote in Mora County is a clear rejection of this structure of law which elevates corporate rights over community rights, which protects industry over people and the natural environment.”

“This vote is a clear expression of the rights guaranteed in the New Mexico Constitution which declares that all governing authority is derived from the people. With this vote, Mora is joining a growing people’s movement for community and nature’s rights,” said Linzey.

“The vote of Mora commission chair John Olivas and vice-chair Alfonso Griego to ban drilling and fracking is not only commendable, it is a statement of leadership that sets the bar for communities across the State of New Mexico,” said CELDF community organizer and Mora County resident, Kathleen Dudley. She explained that the ordinance calls for an amendment to the New Mexico Constitution that “elevates community rights above corporate property rights.”

Mora County joins Las Vegas, NM, which in 2012 passed an ordinance, with assistance from CELDF, which prohibits fracking and establishes rights for the community and the natural environment. CELDF assisted the City of Pittsburgh, PA, to draft the first local Bill of Rights which prohibits fracking in 2010. Communities in Pennsylvania, Ohio, Maryland, New York and New Mexico have enacted similar ordinances.

Mora County joins more than 150 communities across the country which have asserted their right to local self-governance through the adoption of local laws that seek to control corporate activities within their municipality.