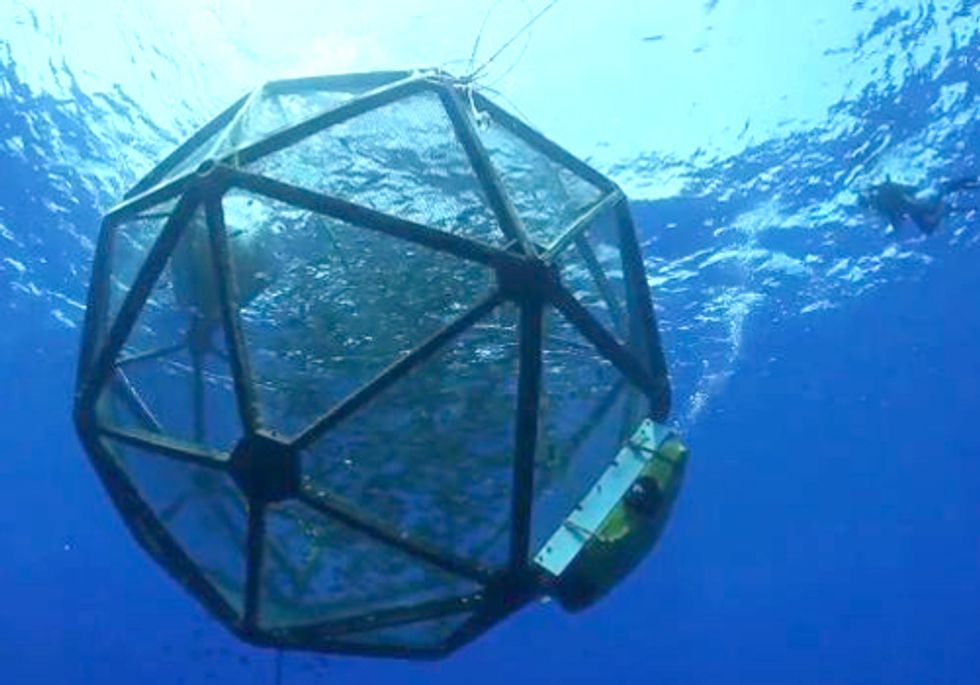 “Kampachi Farms Founder Neil Simm’s self-congratulatory announcement of the company’s first successful harvest from the first commercial offshore aquaculture facility in federal waters in the United States is an attempt to paper over the company’s problems. The announcement should have mentioned the lawsuit that was filed by Honolulu-based KAHEA—The Hawaiian Environmental Alliance and Food & Water Watch against federal agencies for allowing Kampachi Farms (formerly Kona Blue Water Farms) to operate their aquaculture farm in federal waters with an illegal permit.

"The suit alleges that under federal law, federal agencies can only issue a fishing permit if authorized to do so under a regional Fishery Management Plan, which they were not. Federal agencies—in this case, the National Marine Fisheries Service (NMFS)—lacked the statutory authority to issue a fishing permit for Kona Blue’s aquaculture venture. The suit also addresses the fact that NMFS should have required a more rigorous environmental analysis than they did.

"Curiously, despite initial claims that the project would produce 1,600 fish at 8,000 pounds total, the company’s release is completely silent on how much fish was produced, leading us to question how much of a success it actually was. The public has a right to know all the facts. After all, the project, which was partly funded with U.S. tax dollars—$500,000 from the National Science Foundation and $242,889 from NMFS.

“Factory fish farms use and deplete wild fish stocks to feed farmed fish. Since these fish farms contain their stocks in free-floating cages, the fish live in close quarters—just like factory farm pens on land—which breeds disease, threatening both the farmed fish and the wild populations. Fish escapes and equipment loss can also reap havoc on the environment immediately surrounding fish farms. In the summer of 2011, Kampachi Farms reported that they lost two of their empty net pens while towing them out to sea.

“Even without the aid of an adequate environmental impact study, the National Marine Fisheries Service moved forward by prematurely extending a type of fishing gear license for Kampachi Farms to operate their farm. While Kampachi Farms is experimenting in federal waters, they could be inflicting major environmental damage to the ecosystem.”