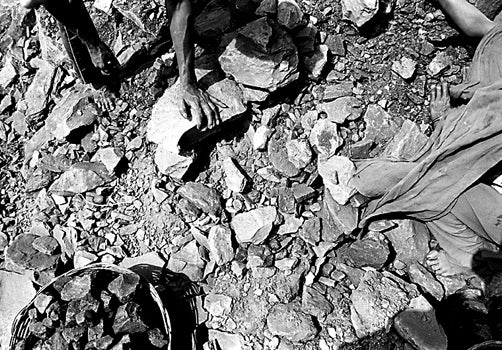 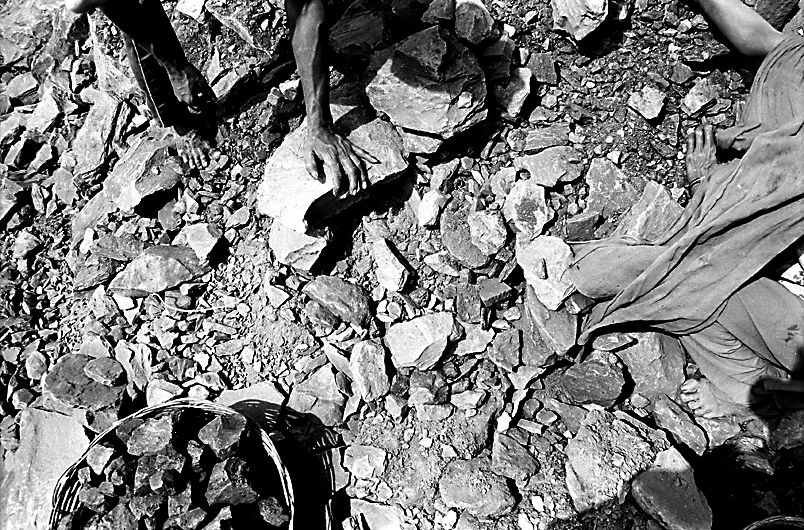 In Jharia, in the federal state of Jharkhand, around 600,000 people live in the middle of one of India’s biggest coal mining areas. There’s nothing in it for most of them. Quite the opposite: the soil, the water and the air are now contaminated, of all things in an area that was previously rich in woodland.

The story of Jharia is the story of how the greed for profit, vested interests and the thirst for power have prevailed and led to one of the areas richest in minerals in India remaining so economically backward. For the mining marginalises the poor and deepens social inequality in the name of economic development, from which mostly only metropolises like Delhi, Bangalore and Mumbai profit.

Shortly after 1971, the coal mines were nationalized. Since then, their operator is the BCCL (Bharat Coking Coal Limited) which thus controls one of the biggest coal deposits in India and one of the biggest in the whole of Asia. BCCL conducts mainly opencast mining. Mostly illegally, since in 97 percent of the cases no license has been granted. Opencast mining is more profitable than deep mining. The productivity and extracted quantities are significantly higher than in deep mining and cost less. In Jharia, coal is mined in the villages, next to the houses, in short, on people’s doorsteps. Even on the streets, on railway lines, in the station itself, which is not a station any more, coal is mined.

Really, the mined area should be filled with sand and water afterwards, so it can be cultivated again. For cost reasons, however, this never happens, which leads to the coal seams coming into contact with oxygen and catching fire. India has the most coal blazes worldwide. BCCL representatives estimate there are 67 fires in Jharia alone.

The opencast mining areas are densely populated. Forty percent of Jharia’s inhabitants live in the burning, fire spewing countryside. The ground is subsiding, houses are collapsing. In addition, the smoke and vapours contain poisons, amongst others carbon monoxide, sulphur dioxide and nitrogen oxides, but also soot, methane and arsenic. The damage to health is enormous. Lung and skin diseases, cancer and stomach disorders are only some of the illnesses with which the people in Jharia have to fight with.

The blazes are in fact controllable, contrary to the BCCL representatives’ opinion. They could be extinguished with the application of water, clay and sand. But nothing happens. Because there is no political interest in extinguishing these blazes at all. Rather, it is in the operator’s interest that even more land catches fire – and thus becomes uninhabitable. BCCL needs still more land on which coal can be mined in order to achieve the extracted quantities planned for the current and coming business years. And underneath Jharia lie more than 1,000 million tons of coal.

The interests and influence of the operator are too strong, so the mines stay and the mining will still be carried on. In addition, the Mafia has the area around Jharia firmly in its hands and makes a not inconsiderable profit through blackmail, bribery and other criminal activities.

Instead of doing something against the fires, one of the biggest resettlement plans worldwide is to be carried out: Jharia Action Plan (JAP). The inhabitants of the areas on fire are supposed to be resettled in Belgaria, a new town in the middle of the jungle. There is no school there, no medical care, no shops, and, worst of all, no jobs at all. So many decide to stay in Jharia. On the fire. In spite of the blazes. In spite of the perpetual grey veil that lies over the town. In spite of the air pollution, which makes breathing almost impossible on a bad day. And in spite of the coal dust, which settles like a second skin on the body.

Click here to view the Coalfields of Jharia slide show.