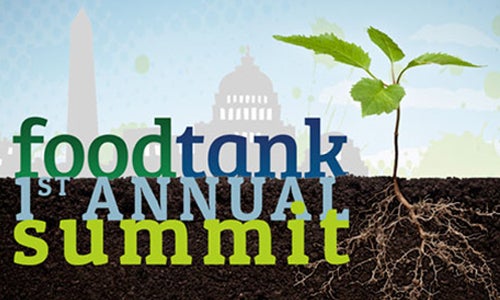 I’m going to D.C. soon to share ideas for a better food system.

And that system needs a good bit of tweaking: many have been working on that for decades admirably, and I try to be on all their email lists. One relative newcomer to the scene is Food Tank: The Food Think Tank, which is only just two years old but has quickly become an important voice for change. And it’s their emails I tend to open first. 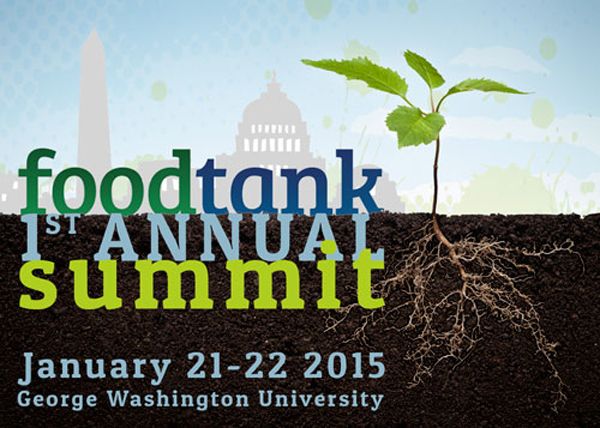 The open forum Food Tanks has been developing has now gathered enough momentum that they announced the 1st Annual Food Tank Summit on Jan. 21 – 22, with 75 different speakers from the food and agriculture field, folks like researchers, farmers, chefs, policy makers, government officials, students and writers like myself who will gather to discuss farming, food waste, urban agriculture and such; all topics that serve their mission of building a global community with access to safe and healthy food. Food Tank talks about everything from agroforestry to food deserts: anything this fresh that’s in pursuit of solutions that are environmentally, socially and economically sustainable ways of alleviating hunger, obesity and poverty always grabs my attention.

The plan is to have two days of open discussions led by lively panels (see program here), and even more enticingly, without any Powerpoint presentations. This is what I plan to talk about vis a vis my role at Orion and my food system freelancing for a panel called Telling the Story of Food, alongside Sam Fromartz of Food and Environment Reporting Network, author Vicki Robin, NPR’s Allison Aubrey, and others.

Though it’s been sold out since mid November, like most good conferences these days it will be livestreamed so that folks all over the world can join in. It’s going to be a fascinating forum hosted at sponsor George Washington University’s Jack Morton Auditorium (former home of CNN’s Crossfire, interestingly).

I’m also looking forward to seeing Food Tank’s President Danielle Nierenberg speak. She’s something of a dynamo and seems to burst with ideas stemming from an array of experiences including two years in the Peace Corps and two years canvassing the world to document great agricultural and food system practices that help alleviate hunger and poverty while protecting the environment.

Both Nierenberg and I were guests on this week’s Agroinnovations Podcast episode and discussed the summit with host Frank Aragona. As she says during the broadcast, it’s set to be an open forum and everyone’s encouraged to use #foodtank on Twitter or the Food Tank Facebook page to be part of the conversation whether you are in DC or watching live via foodtank.com. The purpose is to share solutions but not to strive to provide answers. It’s more important to surface the most important questions, as she says on the show: “We realize that we’ll be coming away with more questions, and that’s the whole point. To really get people thinking and talking and coming up with ideas and sharing them with others.”

After listening to her further thoughts on Agroinnovations, you’re sure to be inspired to tune in for the livestream. Hope you can join us.

Why Chipotle’s Pork Problem Is Good for Farmers