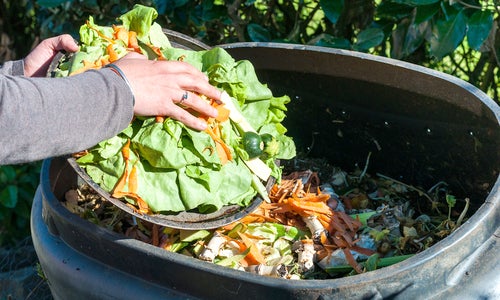 Seattle joins other progressive cities like San Francisco, Portland, Vancouver and New York to have composting mandates. Last September, the Seattle City Council passed an ordinance prohibiting food from the city’s residential and commercial garbage The ban went into effect on Jan. 1, but fines won’t be issued until July. In the meantime, the city has an interesting way to make people compost: shame. 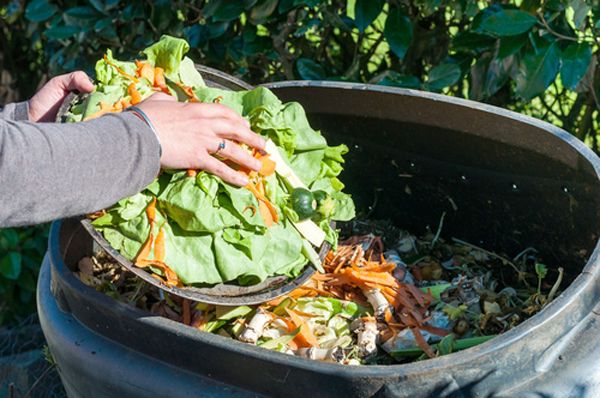 Seattle has long been a leader in the U.S. for its recycling and composting programs.

Any establishment—businesses, single family homes, apartments, you name it—with more than 10 percent food or compostable paper in its garbage earns a scarlet letter—in the form of a bright red tag—on their garbage bin. The goal of this public shaming is to warn residents about impending fines and, hopefully, create an even stronger culture of composting in which it is simply the norm. All establishments will have to subscribe to a composting service offered by the city for a fee (just like garbage and recycling), compost their food waste themselves or take the food waste to a processing facility, according to Seattle Public Utilities (SPU).

Why the hard line on composting? SPU estimates that “Seattle sends approximately 100,000 tons of food waste 300 miles to a landfill in Eastern Oregon each year, resulting in higher costs and greenhouse gas emissions.”According to the Environmental Protection Agency, organic materials continue to be the largest source of municipal solid waste—more than plastic, paper, metal or glass. SPU believes the food waste law will “divert 38,000 tons of food scraps from the landfill via composting, thus helping the city achieve its goal of recycling and composting 60 percent of its waste by 2015.”

Seattle has long been a leader in the U.S. for its recycling and composting programs. Seattle has had curbside food waste collection since 2005. In 2007, the city adopted a zero waste resolution with the goal of diverting 70 percent of its waste to recycling and composting by 2030. Then, in 2009, Seattle required all residential properties to subscribe to food and yard waste collection or participate in backyard composting. Seattle businesses where customers discard single use packaging have been required to provide recycling and composting bins since 2009, as well. Multi-family buildings have been required to provide compost collection service for their residents since 2011. The city has also prohibited recyclables in the garbage since 2005, but now, instead of just leaving the garbage on the curb as collectors have done for the last decade, the city will be issuing fines. 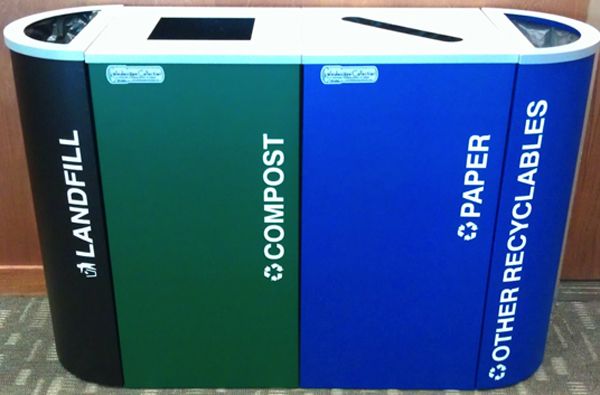 Seattle wants to divert 60 percent of its waste by the end of 2015 and 70 percent by 2030. Photo credit: Sustainable Berkeley Lab

So the new mandate is not some giant leap. Recycling and composting have been a city-wide practice for years. But there has been no way to really regulate whether recyclable and compostable items are being properly sorted until now. Beginning in July, non-compliant, single-family residences will receive a $1 fine on their bi-monthly garbage bill. Multi-family and commercial properties will receive a warning notice. After the third notice, they will receive a $50 fine.

“Right now, I’m tagging probably every fifth can,” Rodney Watkins, a waste contractor for the city, told NPR. “I don’t know if that’s just the holidays, or the fact that I’m actually paying a lot more attention.” Either way, the city wants to achieve its goal of diverting 60 percent of its waste by 2015. It’s currently at 56 percent, so city officials are hoping this measure will get them there by the end of the year. According to SPU, citizens are on board, too: 74 percent supported it and only 11 percent were opposed. And the food waste the city collects? It’s turned into compost for local parks and gardens.

How to Achieve Ambitious Sustainability Goals at the City Level