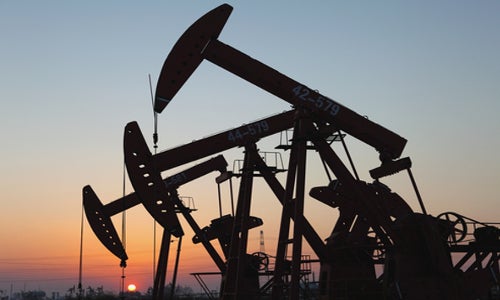 Last week, the U.S. Environmental Protection Agency (EPA) released the 2013 figures for its Greenhouse Gas Reporting Program, now in its fourth year. These figures show which states, as well as which industry sectors and which individual businesses, produce the most climate change-inducing greenhouse gas emissions. The undisputed winner—or loser, if you prefer—is Texas, with its well-established oil drilling industry and its rapidly growing fracked gas sector. 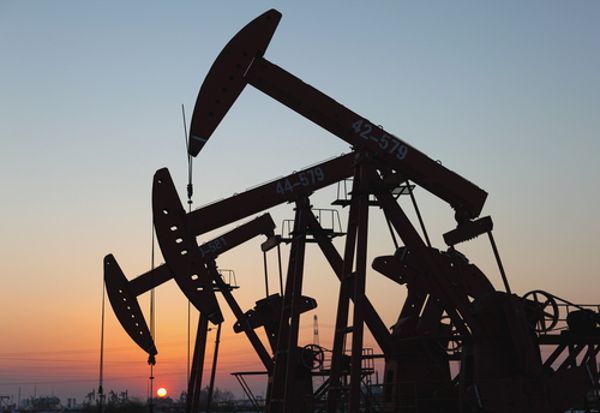 Moyers & Company reporter John Light writes, “Texas also produces and consumes more energy than any state in the union. The energy Texas creates comes largely, but not entirely, from its oil and natural gas reserves. And the state’s biggest consumers of energy are the refining and chemical industries, which, in many cases, support the state’s fossil fuel extraction efforts and have some of the most energy-intensive operations in the US.”

Texas far outpaced second-place finisher Indiana with more than double the amount of emissions. Texas produced more than 442 million metric tons of emissions; Indiana produced just under 260 million tons. Rounding out the top five were Pennsylvania, Louisiana and Ohio. On a per capital basis, Wyoming was the leader, with North Dakota and West Virginia not far behind. All three states have extensive fossil fuel extraction industries. 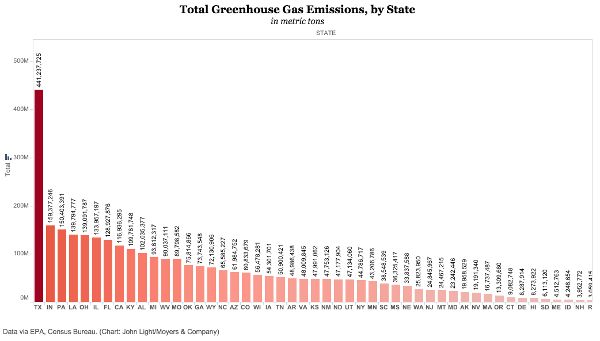 Texas produces and consumes more energy than any state in the union. Photo credit: Moyers & Company

The EPA’s survey also found that while emissions declined from 2011-2013, they ticked up again slightly in the latest reporting. Both the decline and uptick were tied to declines and upticks from power plants. It found that power plant emissions have declined almost 10 percent since 2010, despite a small increase (0.6 percent) in the latest reporting.