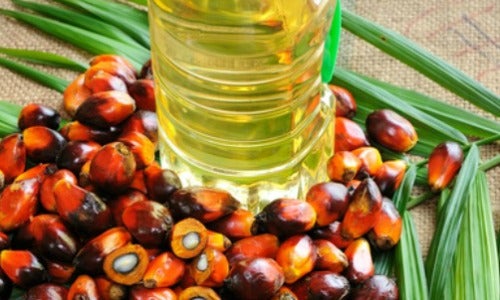 This month, the Union of Concerned Scientists (UCS) published an illuminating report—Fries, Face Wash, Forests—that reveals just how committed companies are to using palm oil responsibly in their products. 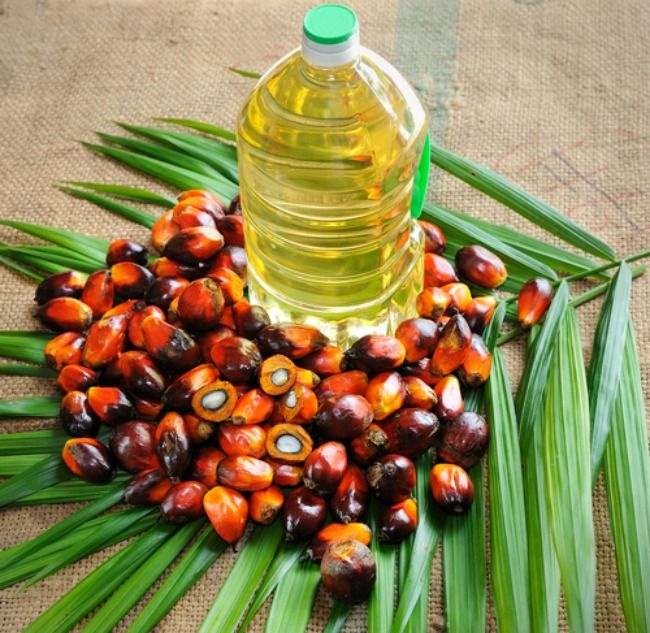 Palm oil can be produced without deforestation—and many companies have begun to make public commitments to use deforestation-free palm oil in their products.

Palm oil is an edible vegetable oil derived from pulping the fruit of oil palms originally native to Africa. It has been commonly used as cooking oil internationally, and its consumption is on the rise. The recent rise in the use of palm oil by the U.S. food industry has resulted largely from its affordable price and the fact that it does not contain trans fats.

However, palm oil production poses a significant threat to global natural resources. Conventional palm oil “is produced in ways that involve the destruction of tropical forests and peatlands, adding to global warming emissions and reducing habitat for many already threatened species,” explained UCS.

“Tropical forests are cut down and carbon-rich swampy areas known as peatlands are drained to establish large plantations of oil palm trees,” UCS further stated in their report. “Destruction of these ecosystems devastates endangered species’ habitats and contributes to climate change by releasing global warming emissions into the atmosphere. Tropical deforestation—to which expanding palm oil production contributes substantially—accounts for about 10 percent of annual carbon dioxide emissions. 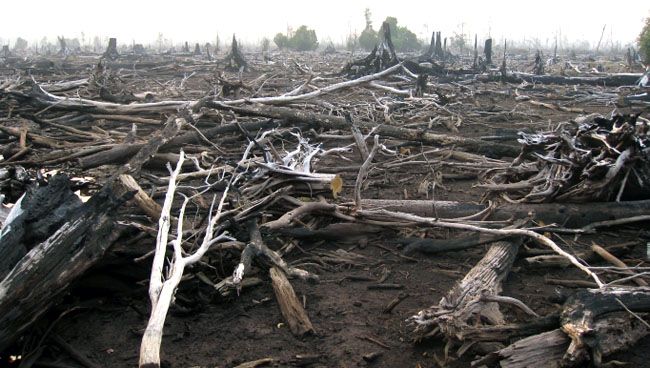 “The good news is that palm oil can be produced without deforestation—and many companies have begun to make public commitments to use deforestation-free palm oil in their products. In fact, 2014 was a historic year for businesses addressing the risks of buy­ing palm oil irresponsibly,” the report indicates. “Many companies have already pledged to only purchase palm oil produced using these high­er standards of deforestation-free and peat-free palm oil. These pledges were bolstered by commitments from some of the largest palm oil traders that supply palm oil to large American brands.”

Some developments in the past several years include efforts by several industry leaders to use eco-friendly palm oil. Overall, Nestlé received the highest score in the report for the responsible use of palm oil. The companies Col­gate-Palmolive, Henkel, Dunkin’ Brands and Safeway have all demonstrated indus­try leadership as well, according to UCS.

All of the companies reviewed in the April 2015 report received one of four color-coded ratings: green for a strong commitment, yellow for some commitment, pink for little commitment and orange for no commitment. The companies were divided into four categories: fast food, store brands, packaged foods and personal care. 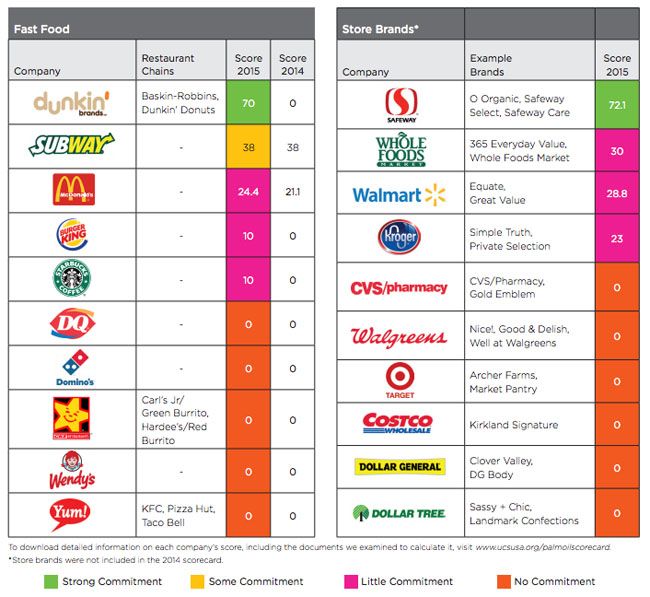 Of the fast food companies, Dunkin’ Donuts was the only one to receive a green seal of approval for strong commitment. Photo credit: Union of Concerned Scientists

Of the 30 companies included in the analysis, a total of 21 improved their commitment and/or sourcing practices when it comes to using palm oil. Of those 21 companies, eight made full commit­ments to protecting forests and peatlands. As part of that commitment, they are providing full disclosure of their palm oil supply chain. Five other companies said they have pledged to use eco-friendly palm oil in their products, but have not yet followed accountability measures ensuring that their palm oil is in fact produced without contributing to deforestation. 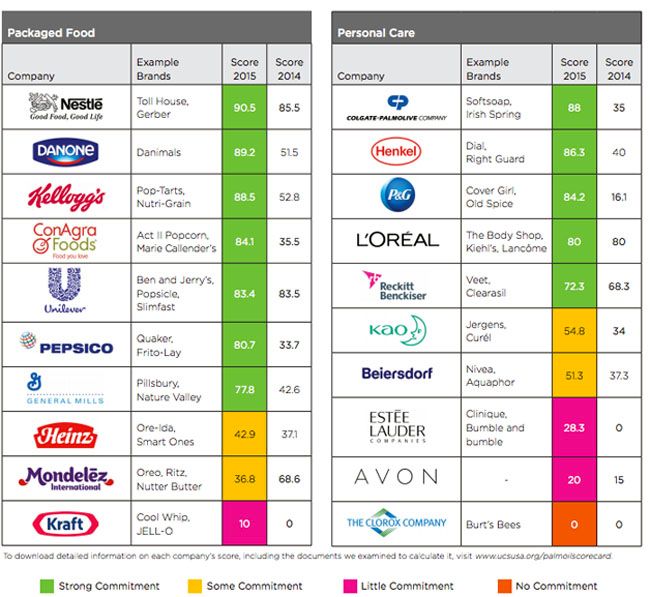 Nestlé received the highest score overall in the report for the responsible use of palm oil. Photo credit: Union of Concerned Scientists

Concerted efforts to raise awareness about palm oil’s impacts by UCS, Environmental Defense Fund and other advocacy groups have started to pay off. The New York Declaration on Forests at the UN Climate Summit brought the issue of palm oil deforestation to the attention of governments and companies who have endorsed the goal to end global deforestation by 2030.

However, there is still much work to be done. The majority of American companies that use palm oil “still lack commitments to ensure the palm oil in the prod­ucts they sell is deforestation- and peat-free. Our analysis shows wide disparity among companies, both within and among sectors,” according to the UCS.

Why is Palm Oil Bad?