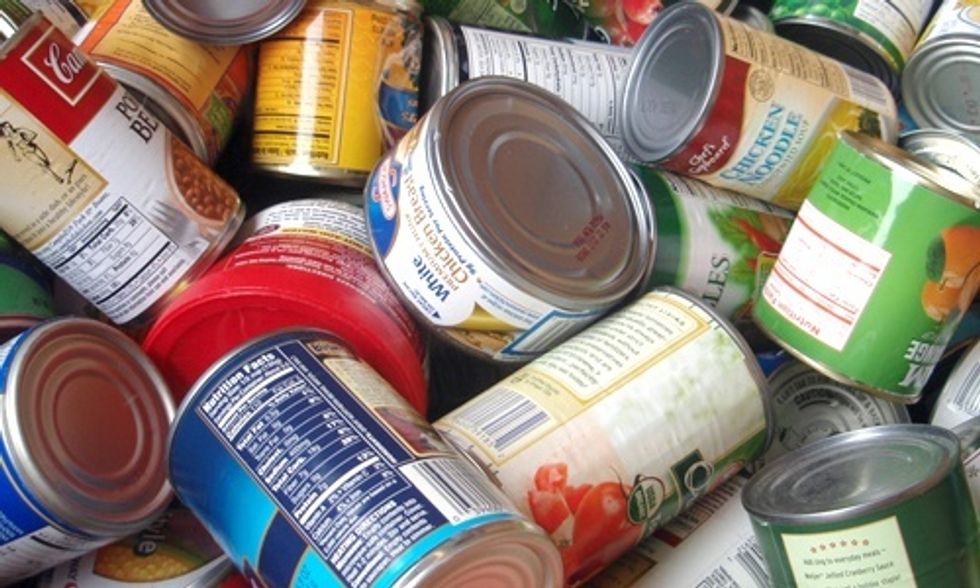 In a survey of more than 250 brands of canned food, researchers found that more than 44 percent use bisphenol-A (BPA) lined cans for some or all of their products.

With 109 brands not responding or providing enough information, that number could be a lot higher.

BPA is used to make polycarbonate plastics and is found in some canned foods and beverages, paper receipts and dental sealants. Studies show that just about everyone has traces of the chemical in their body, and researchers believe diet is the major exposure route. The compound can leach out of can linings and into the food.

Last week Environmental Health News reported on new research that found even after people metabolize BPA, the resulting compound may still spur obesity. Exposure is a concern as BPA has been linked to a host of health impacts including reproductive and developmental problems, obesity, cardiovascular disease and cancer. The compound mimics estrogen hormones and can disrupt people's endocrine systems.

Federal regulations do not require canned goods to disclose BPA-based linings. EWG researchers had to rely on data from LabelINSIGHT, a company that gathers U.S. supermarket information.

“The biggest problem is that people have no reliable way of knowing whether they are buying food that is laced with this toxic chemical,” said Samara Geller, an EWG database analyst, in a statement. “By releasing this analysis, we hope to arm people with the critical information they need to avoid BPA and make smarter shopping decisions.”

According to the report, "companies that said they had eliminated BPA or were in the process of doing so did not disclose the substitutes they were using," so it's unclear if the BPA-free products were using compounds similar to BPA, such as bisphenol-S, which has been shown to exhibit similar health impacts to BPA.

Researchers, however, have mostly found BPS in receipt paper.

BPA is no longer used in baby bottles and sippy cups in the U.S., but the federal Food and Drug Administration has maintained the levels that may leach from canned goods into food do not pose a risk to human health.

“Many people on tight budgets or with little access to fresh food rely on canned food as a source of nutrients,” Sharp said in a statement. “That’s why we need to get this right. We need a clear national standard that limits the use of BPA in canned food and improves transparency so that people can know when and if they are ingesting this harmful chemical.”

What’s the Verdict on Olive Oil: Is it Good or Bad for You?