Find Out What Foods Are in Season in June 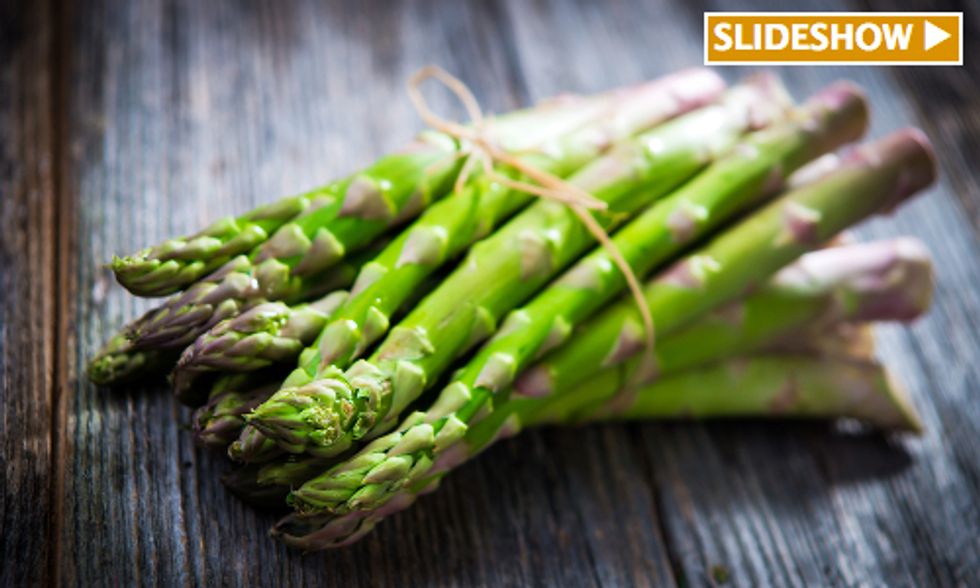 A friend of mine, who regularly hosts wonderful themed dinner parties, sent an invitation for later this month that reads in part:

Instead of picking a single ingredient, I thought I'd take advantage of the fact that we all live in Ohio and that June is peak growing season here. So, this month, instead of an ingredient, I've chosen a theme: Grown in Ohio. All ingredients must be grown or raised in Ohio. Certain exceptions are allowed, such as spices and oils (I'm unaware of any locally-produced olive oil or cinnamon, for example). But everything else must come from our fine state, including meat, poultry, fish, grains, dairy and all produce.

I love this idea. Now, it seems it should be obvious what's in season at any given time, but if your gardening is limited to a few herbs in pots and you shop at a supermarket, where everything seems available continuously, it might not be so clear.

I belong to a CSA (community supported agriculture), and have received a couple weeks of fresh produce, including a variety of greens, radishes and asparagus. Looking for more ideas of what's at its peak this month (and tasty ways to use them for the dish I will be bringing), I found a bevy of information on what's in season when. While what's in season in June depends on where you happen to be living or visiting at the time, there's lists for everyone—from entire countries, like the UK and Australia, to specific areas or towns, like the Puget Sound Region of the Pacific Northwest and San Francisco.

Epicurious offers an interactive seasonal ingredient map for a user to find what's fresh in her area (as well as shopping guides, ingredient descriptions, recipes and tips). When I clicked on Ohio I got the following list for June:

Locavore, a seasonal, local food network, has apps to locate what's in season and where to buy, and the search can be broken down by city, to ensure one eats as local and fresh as possible.

Using Rodale's recipe finder by keyword ingredient, I will be all set for my dinner party—and have fun exploring and experimenting with fresh, local, Ohio food.

What are some of your favorite foods in season where you live?

11 Ways to Vote With Your Fork