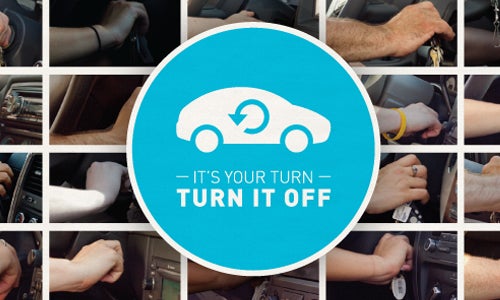 New York City is worried about engine idling, and we all can benefit. The New York City Council is introducing a bill to allow for citizens to report idling vehicles, with an important twist—citizens can split the fine with the city.

At a rally on the steps of city hall yesterday, Councilwoman Helen Rosenthal and Councilman Donovan Rochards announced this bill to greatly increase the attention by the public on this issue that is both a public nuisance and an economic drain.

We have strong #idling laws but almost no enforcement @DRichards13 @NRDC pic.twitter.com/dxE9N4yr8f

To prevent any sort of vigilante justice on idling, individuals would first have to be trained and certified by the Department of Environmental Protection. As my 12 year-old son said, “I would quickly find a couple of delivery trucks and would soon have enough money to buy a Play Station!” Interestingly enough, it is often children that encourage parents to change behavior. This effort may inspire an army of middle school children to get an entire city to stop idling.

Sustainable America has been working on the issue of unnecessary engine idling for several years because it is such a simple way for the public, and for municipalities to save money while at the same time benefiting the environment.

This aspect of looking at our pocketbooks first is important. At Sustainable America, we are working to reduce our nation’s oil consumption by 50 percent and increase food availability by 50 percent, in the next two decades. The reason we focus on food and transportation is because they are the two biggest expenses for Americans after taking care of shelter.

If we can make our food and fuel systems more resilient and efficient, we will improve the economic well-being of every American, especially those that are lower on the economic ladder.

The statistics are stunning. According to the U.S. Department of Energy, individual drivers waste almost four million gallons of fuel every day through unnecessary idling. That’s enough to fill five Olympic swimming pools with fuel. Or, put another way, that’s 200,000 barrels of foreign oil each and every day.

And there’s a third category—municipal vehicles. Every highway vehicle, parks and recreation vehicle, and even every emergency vehicle is usually running its engine all day simply to keep the lights on. This is all money down the drain. Money from our take home pay that is burned up for nothing. Money from our taxes that is lost to wasted fuel in the city budget.

To make matters worse, there are well known health and environmental issues caused by vehicle exhaust. It is well documented that vehicle exhaust exacerbates asthma and lung diseases. It has also been shown to especially affect pregnant mothers and children with their smaller lungs are more at risk. Again, these health issues are critical. No one wants a city with dirtier air. We all share an interest in a city with cleaner air. But again, these health effects have economic costs. Our kids miss school from asthma attacks, our hospitals are filled with people suffering from lung problems. We can make a dent in that, too.

The great news is that solutions are easy, and we all have a part to play.

In our own cars, the catch phrase is “Don’t sit idle. Turn it off.” We have developed a website called www.ITurnItOff.com. It helps individuals understand that they can save three to five trips to the gas station every year, just by turning off their engine when they are dropping their kids off at school, when they just need to run into the store for a minute, at the car wash, and every single drive through—whether it’s the bank drive through, or even the local fast food restaurant.

This is because you start saving money after just 10 seconds of sitting idle. That is, every time you are not moving for 10 seconds or more, you will save money by turning off and restarting. Now, when the weather is as brutally cold as it has been recently, or on the hottest summer days, of course you should be reasonable. But most of the year, there are opportunities all day long to save money, our health and the environment, all with this one simple task. Turn it off.

There’s a second opportunity, with anyone who owns a fleet of vehicles. We worked with a restaurant uniform and linen delivery company and helped them understand that their drivers were idling over an hour each day. Why? Because the drivers would leave the trucks running while they made each delivery. With our help, they saved $1,000 per truck per year in fuel costs. They have a fleet of 75 vehicles. Imagine what we could save the city of New York by doing the same.

The trick is that it’s partly solved by changing driver behavior, and there are also inexpensive technologies that can be used. There are companies like GeoTab that use telematics devices to help fleet managers understand which of their drivers are idling excessively, and help them reduce fuel waste. And there are companies like eNow Energy that are putting thin film solar panels on municipal and fleet vehicles to help them run emergency lights or lift gates using solar power rather than the engine.

We have the power to make a difference. The New York City Council is taking a chance on a new way to reduce idling, but we all would benefit if we just made this one simple change in our driving behavior to make a more sustainable America.

10 Reasons to Turn Off an Idling Car

7 Ways to Take Action on Idling