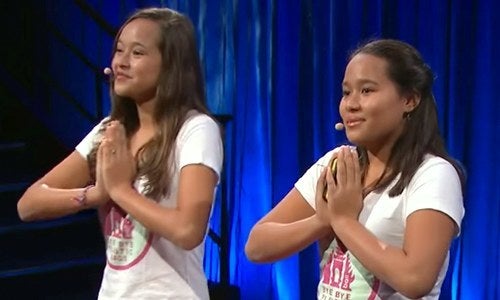 Many people probably think of Bali as a care-free, tropical oasis, but according to teen sisters Melati and Isabel Wijsen, Bali has a serious trash problem.

“In Bali, we generate 680 cubic meters of plastic garbage a day,” said Isabel. “That’s about a 14-story building. And when it comes to plastic bags, less than 5 percent get recycled.”

Worldwide, a trillion single-use plastic bags are used each year, nearly 2 million each minute. They’re most often used for a matter of minutes, before being discarded. Often, these bags are not properly disposed of and end up in the environment, polluting waterways and endangering wildlife. If they’re sent to landfills, they may take up to 1,000 years to decompose, and potentially leak pollutants into the soil and water.

In a TED Talk, the Wijsen sisters explain how something had to be done to protect their beautiful island home of Bali from plastic pollution. In 2013, they created the youth-driven initiative, Bye Bye Plastic Bags, to ban plastic bags in Bali. Through petitions, beach cleanups and even a hunger strike, they convinced Governor Pastika to commit to a plastic bag-free Bali by 2018.