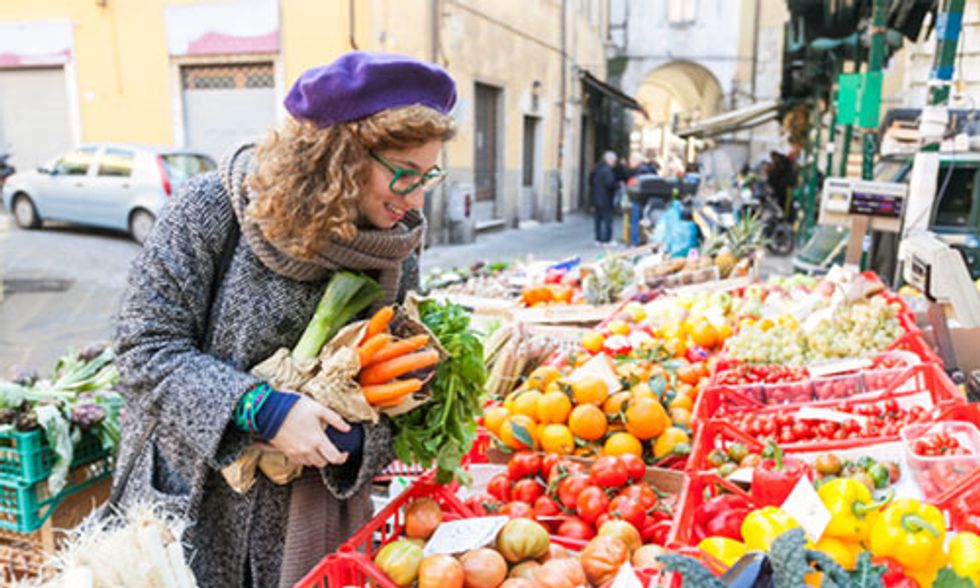 For the fourth year, Strolling of the Heifers, a Vermont-based local food advocacy group, has ranked the 50 states (and DC) in terms of their commitment to local foods. The winners are in for the 2015 Locavore Index: the top four are Vermont, Maine, New Hampshire and Oregon. These states also topped the list in 2014. Massachusetts moved into fifth place (from 11th in 2014). Rounding out the top 10 were Wisconsin, Montana, Hawaii, Rhode Island and Connecticut.

“The purpose of the Index is to stimulate efforts across the country to use more local food in homes, restaurants, schools and institutions,”said Orly Munzing, of Strolling of the Heifers.
Photo credit: Shutterstock

The index looks at the number of farmers' markets, the number of CSAs, the number of food hubs—all compared on a per-capita basis—and the percentage of each state's school districts with active Farm-to-School programs.This year's index includes new information from the Census of Agriculture, which "provides a direct measurement of the per-capita dollar value of food products sold directly by farms to consumers through farm stands, farmers' markets and CSAs," says Strolling of the Heifers.

The index shows that "the various policies at the national and state levels that encourage local food programs are having measurable results,” says Orly Munzing, founder and executive director of Strolling of the Heifers. “At the Federal level, there’s the Know Your Farmer, Know Your Food program which helps promote farmers markets and provides grants for farm-to-school and farm-to-institution programs. Many states also have active programs to encourage local food consumption, and Vermont’s Farm-to-Plate network is a national leader in this respect. All these programs are good for farmers, good for consumers and they help to build stronger communities.”

Find out how your state ranks:

Vermont, Maine, New Hampshire and Oregon topped the list for the second year in a row. Photo credit: Strolling of the Heifers