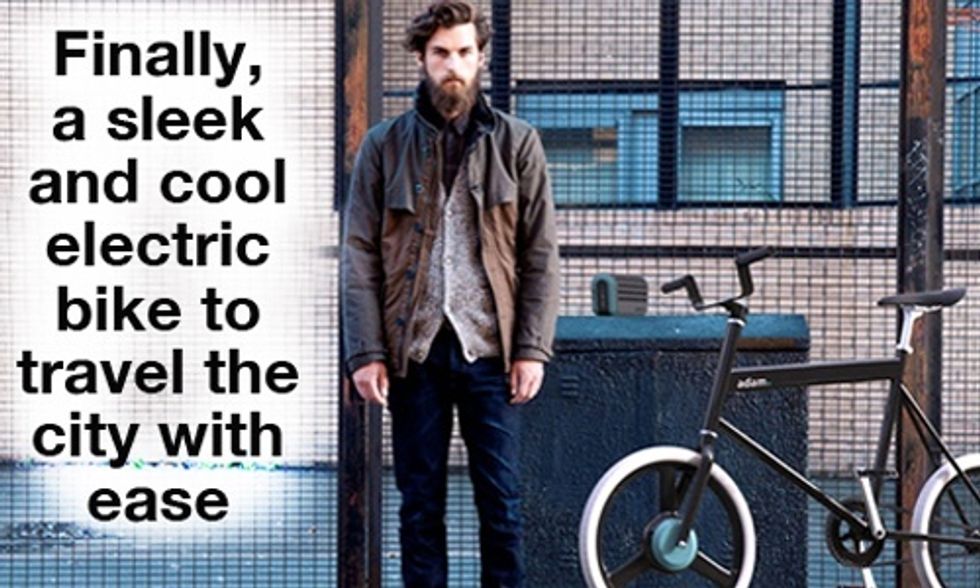 Electric bikes are a great, low-emission way to get around without a lot of pedal power. And as we've said before, sales of e-bikes are soaring worldwide. There's a slight problem, however. They're kind of uncool. Although e-bike designs have improved over the years, the typical ride is noisy, cumbersome and is the kind of thing bicycle-purists scoff at, 'cause isn't exercise the point of bicycling?

But check out this sleek electric ride below ...

This is an electric bike. Really. Photo Credit: springtime

The "Adam" is a concept electric bike with a detachable battery/speakers/navigation unit/power outlet on the handlebar. The front wheel motor hub propels the rider when it's in electric mode. It also works—and looks like—a perfectly normal bicycle when the battery pack is taken off.

Created by designers at Amsterdam-based Springtime, the 20-inch single-speed Adam (which is short for the capital city) is meant for those who want to travel with ease in the city, and still look cool while doing so.

According to design site Tuvie, the designers studied different cycling behaviors in the bike-friendly city for several days before coming up with a vehicle that's specifically intended for students.

"No vulnerable cables, nothing to break or take off. The only remaining part of the electric drive, motor, remains safely integrated in the wheel," the website noted.

Unfortunately, there are no plans to bring the Adam to the market. Until someone comes up with something similar, check out the awesome photos below.