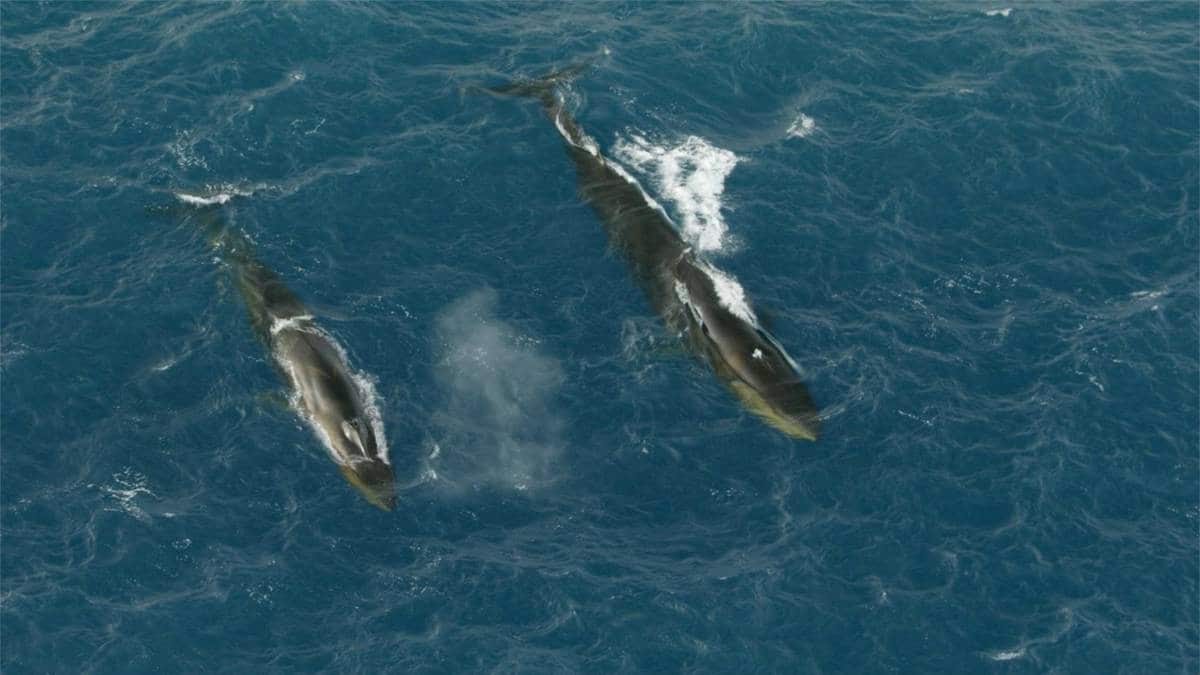 In 1982, the International Whaling Commission (IWC) voted to ban the practice of commercial whaling that had driven several species to the brink of extinction, as The New York Times reported at the time.

“[I] you enforce management and conservation, there are chances for species to recover,” study lead author and University of Hamburg marine mammal ecologist Dr. Helena Herr told The New York Times.

Fin whales–the second largest whales on the planet–were once abundant in the Southern Ocean. In 1892, naturalist William Speirs Bruce wrote about what he had seen on an expedition to Antarctica. “Whales’ backs and blasts were seen at close intervals quite near to the ship and from horizon to horizon,” he said, according to the study.

However, such sights became a thing of the past as commercial whaling exploded during the 20th century, devastating the fin whale population.

“They were reduced to 1 or 2% of their original population size,” Herr said, as The Guardian reported. “We’re talking about a couple of thousand animals left for the whole southern hemisphere area.”

Now, however, the whales are making a comeback. Herr and her research team conducted two expeditions to Antarctica in 2018 and 2019 and observed more than 100 different groupings of fin whales. In 100 cases, the gatherings consisted of one to four whales, according to The New York Times. But the researchers recorded eight times in which the number of whales reached as high as 150.

“I’d never seen so many whales in one place before and was absolutely fascinated watching these massive groups feed,” study co-author and biologist Professor Bettina Meyer of the Alfred Wegener Institute, Helmholtz Centre for Polar and Marine Research (AWI), the University of Oldenburg and the Helmholtz Institute for Functional Marine Biodiversity said in an AWI press release.

The whale gatherings were caught on camera via drone by BBC wildlife filmmakers, according to The Guardian.

“The water around us was boiling, because the animals were coming up all the time,” Herr told The Guardian of the feedings.

While researchers don’t know the total number of fin whales in Antarctica, the repeated sightings of large gatherings are a good sign, Meyer told AWI. And the whales’ comeback isn’t just good news for the species, but for their ecosystem and the climate. That’s because, when whales feed on krill, they release the iron in the animals back into the ocean, The New York Times explained. This, in turn, encourages the growth of phytoplankton, which both absorb carbon dioxide and form the basis of the marine food web.

“In times of climate change, biodiversity loss and species extinction, the recovery of a large whale population is not only a glimpse of hope; it is also likely to have a stimulating effect on primary production in the Southern Ocean, enhancing CO2 uptake and carbon sink capacities,” the study authors wrote.

Beluga Whale Experts Struggle to Feed Starving Whale Stuck in Seine River
Experts in France are trying to find a way to
By Paige Bennett
Saving Mother Earth: New Books About Feminism and Women Protecting the Planet
By John R. Platt
By The Revelator
Vaquita Porpoise Reproducing Despite Low Numbers and Continued Threats From Illegal Gillnets
At less than five feet long, the vaquita porpoise is
By Cristen Hemingway Jaynes