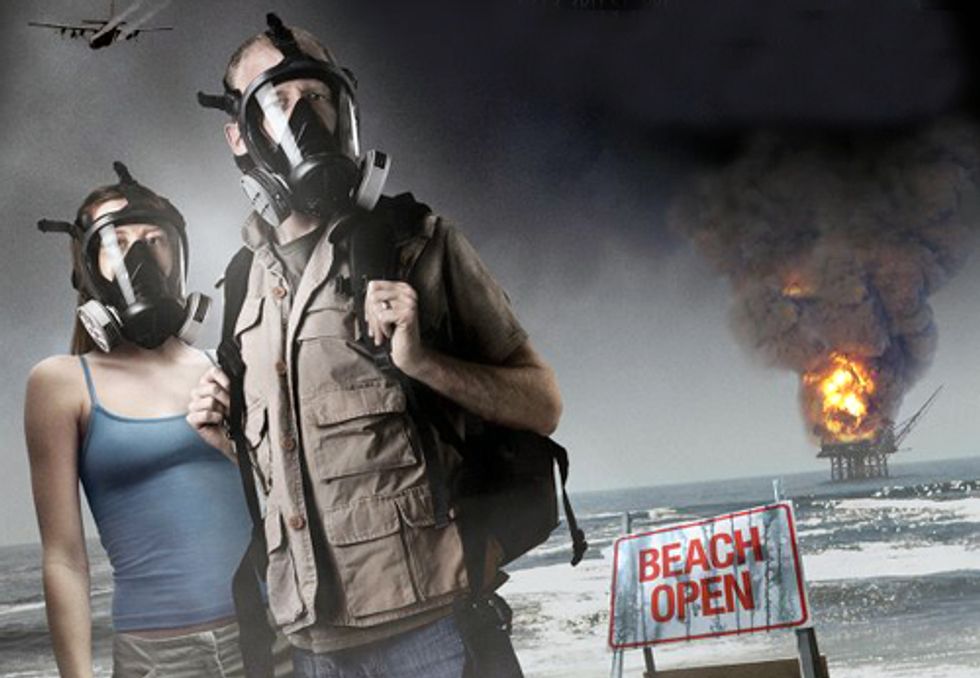 The Big Fix is the new movie from the filmmakers of the award winning Sundance documentary Fuel, husband and wife directing/producing team Josh and Rebecca Tickell. The film is executive produced by Academy Award winning actor Tim Robbins, Peter Fonda and Maggie Wachsberger. Through interviews with scientists, government officials, journalists (including Rolling Stone’s Jeff Goodell who examined the Gulf spill in his article The Poisoning), attorneys (including New Orleans Toxic Tort attorney Stuart Smith) and Gulf States natives, The Big Fix recounts the events surrounding the sinking of the Deepwater Horizon drilling platform in the Gulf of Mexico and paints a disturbing picture of the aftermath of the largest oil spill in America’s history.

“We never intended to make this movie,” Josh Tickell said. “It was only after going home to my native Louisiana, and realizing that the sheer level of destruction was being totally downplayed, that we began filming.” The Big Fix reveals the powerful political and corporate system that put profits over the health and long-term sustainability of people and the environment. No matter what the petroleum and government officials say, the oil is still coming ashore, the seafood industry is wiped out and many people of the locals are sick.

“We’ve got shrimp with no eyes, fish with tumors, fish with oil in their guts—this disaster is happening right now,” said Dean Blanchard, once the largest processor of brown shrimp in the U.S. Despite claims from the Louisiana Department of Fisheries and Wildlife that the fish are safe to eat, Blanchard’s liability insurance was recently cancelled. “I’ve been in business 25 years; I grew up on a shrimp dock, I never had a problem getting insurance, now nobody will insure us,” Blanchard said.

Up to 30 percent of the nation’s seafood in a given year comes from Louisiana. Toxicologists studying the fish from Louisiana waters are finding heightened levels of cancer-­causing carcinogens. The Big Fix also explores the complicit behavior of the U.S. government in the long-­term use of the chemical dispersant, Corexit 9527, a known hemolytic (blood thinner).

In an unexpected twist of fate, Co-­Director/Producer Rebecca Harrell Tickell became severely ill after being exposed to the oil and Corexit mixture while filming. Her health struggle is cataloged in the film. “Making this movie and living with the consequences,” said Harrell Tickell, “changed everything I thought I knew about America. The Big Fix will host 7 Nights of Awareness Dec. 2 through Dec. 8 at the 6 p.m. screenings with some of today’s leaders in environmental advocacy. Each night of awareness will feature a post-­screening Q & A with filmmakers Josh & Rebecca Tickell along with notable environmental advocates from New York and around the country.

The 7 Nights of Awareness is organized in collaboration with Paul McGinniss of the The New York Green Advocate.