Fiji in Fight for Survival Due to Climate Change, Prime Minister Says After Deadly Cyclone 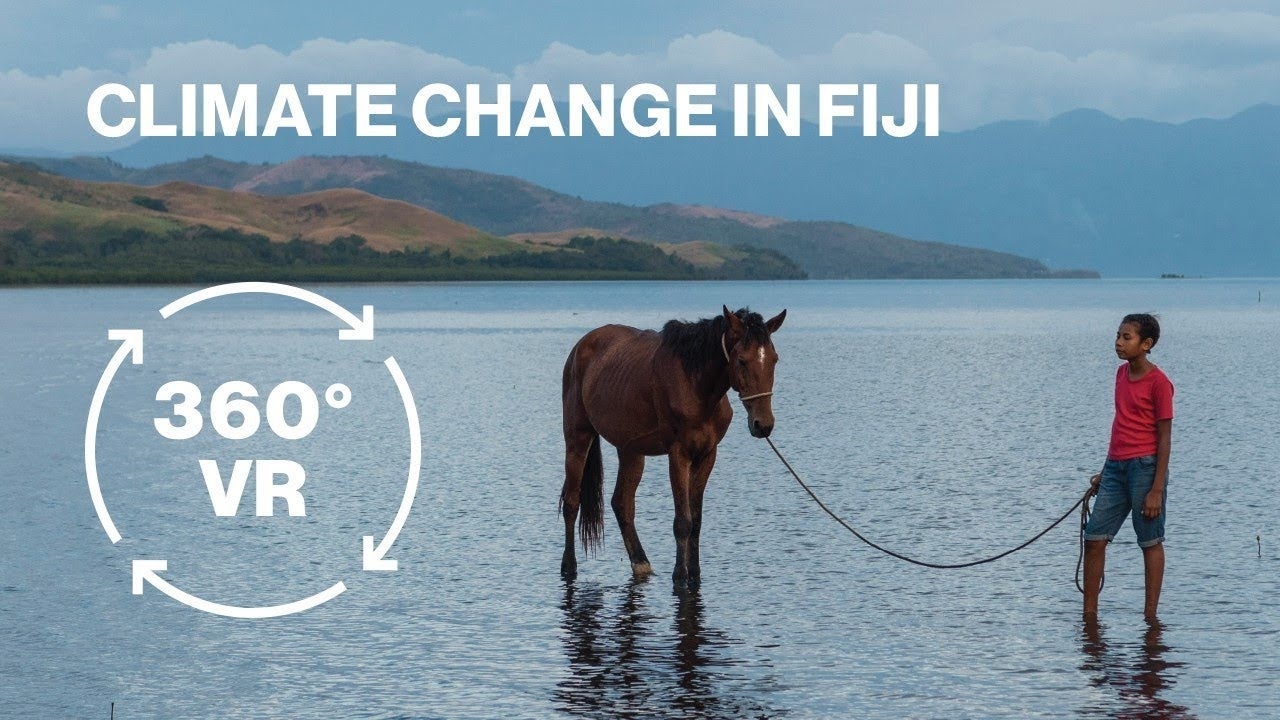 “We are now at an almost constant level of threat from these extreme weather events, that are becoming more frequent and more severe because of climate change,” he said on Tuesday.

He further called the fight against climate change “a fight for our very survival.”

Bainimarama made these remarks Tuesday at the Fijian launch of the Our Home, Our People virtual reality project. The project is a partnership between the Fijian government, the World Bank, the Global Facility for Disaster Reduction and Recovery and the ACP-EU Natural Disaster Risk Reduction Program and features a 360-degree virtual reality experience showing viewers how climate change is impacting the lives and futures of four Fijians.

But, as Bainimarama pointed out, Sunday’s cyclone made the launch a little redundant.

“We don’t need a film—even a brilliant one like this—to remind us of the threat we all face from climate change,” he said.

According to ABC, Cyclone Josie did not directly hit Fiji, but heavy rains caused flooding on the west side of the main island of Viti Levu, damaging homes, businesses and vehicles. As of Tuesday’s reporting, more than 1,000 people were still in evacuation centers.

Sunday’s cyclone comes two years after Cyclone Winston killed 44 people and destroyed thousands of homes in the island nation that is, like other nations in the Pacific, particularly vulnerable to climate change.

“[W]hile as a nation, we are striving to build our resilience and adapt to the frightening new era that is upon us, Fiji is also doing what it can to address the root cause of these events through our leadership of the global climate negotiations, COP23,” Bainimarama said.

COP23 is the shortened name for the 23rd Conference of the Parties to the United Nations Framework Convention on Climate Change, over which Bainimarama is serving as president.

According to the country’s page on the COP23 website, sea levels in Fiji have risen by 0.2 inches each year since 1993, higher than the global average. Parts of the island nation are already uninhabitable due to the saltwater intrusion that accompanies sea level rise and increased flooding. Three whole villages have been forced to relocate so far and four more are in various stages of relocation.

In his remarks Tuesday, Bainimarama pointed to the results of a climate vulnerability assessment carried out by the Fijian Ministry of Economy and the World Bank which found that extreme weather events could cost Fiji 6.5 percent of its gross domestic product (GDP) by 2050 and confront more than 32,000 Fijians with financial difficulties. Adapting to climate change will cost Fiji 9.3 billion Fijian dollars over ten years, almost as much as the nation’s yearly GDP.