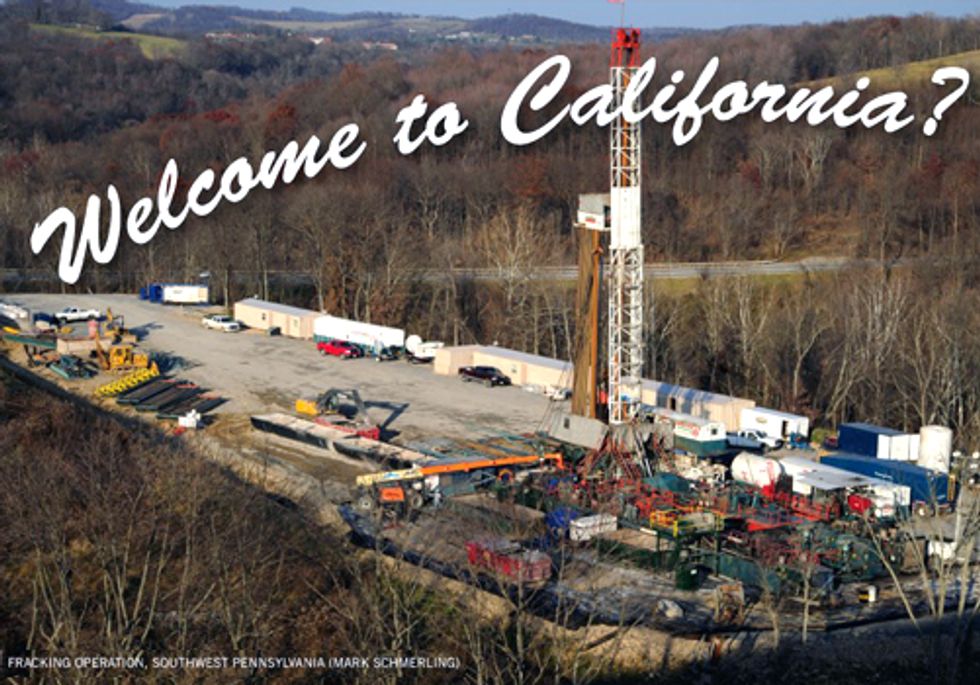 The Center for Biological Diversity went to court today to compel California regulators to enforce an existing state law that should protect people and the environment from hydraulic fracturing, or fracking, a rapidly spreading new method of oil and gas extraction. The lawsuit filed this morning in Alameda County Superior Court says the California Division of Oil, Gas and Geothermal Resources has allowed fracking to expand without legally required oversight.

California law applies safeguards and disclosure requirements to any underground injection carried out by the oil and gas industry, the lawsuit points out, and fracking clearly involves injection. Yet the state does not yet regulate or even monitor this controversial practice.

Fracking involves blasting massive amounts of water and industrial chemicals, mixed with sand, deep into the earth at pressures high enough to crack apart geologic formations, causing fractures that let oil and gas move into the wells and to the surface.

More than 600 wells in at least nine California counties were fracked in 2011 alone, and recent advances in fracking techniques are driving a growing interest in the Monterey Shale, a geological formation holding an estimated 15 billion barrels of oil.

Reports have documented the dangers of fracking, including more than 1,000 instances of water contamination around the country. Fracking also emits hazardous air pollutants and methane, a potent greenhouse gas. It has the potential to induce seismic activity in one of the nation’s most earthquake-prone states.

California’s existing oil and gas regulations cover all forms of underground injection and clearly apply to fracking. While fracking was exempted from the federal Safe Drinking Water Act in 2005 by what is known as the “Halliburton loophole,” no such exemption exists in California law.

Compliance with California’s existing oil and gas regulations would require disclosure of all fracking chemicals, as well as engineering studies and tests to evaluate the potential for underground migration of fracking fluids. State regulators would also need to ensure that fracking is conducted in a way that prevented, as far as possible, damage to life, health, property and California’s water and other natural resources.

In response to growing public concern, state regulators have issued a “discussion draft” of new regulations that would cover fracking; but these regulations have not yet been formally proposed, much less finalized.

“At present, industry fracks whenever and however it deems fit, and that practice has to stop,” said Pardee. “State regulators must implement the requirements that are already in place to provide better protection for the air we breathe and the water we drink.”