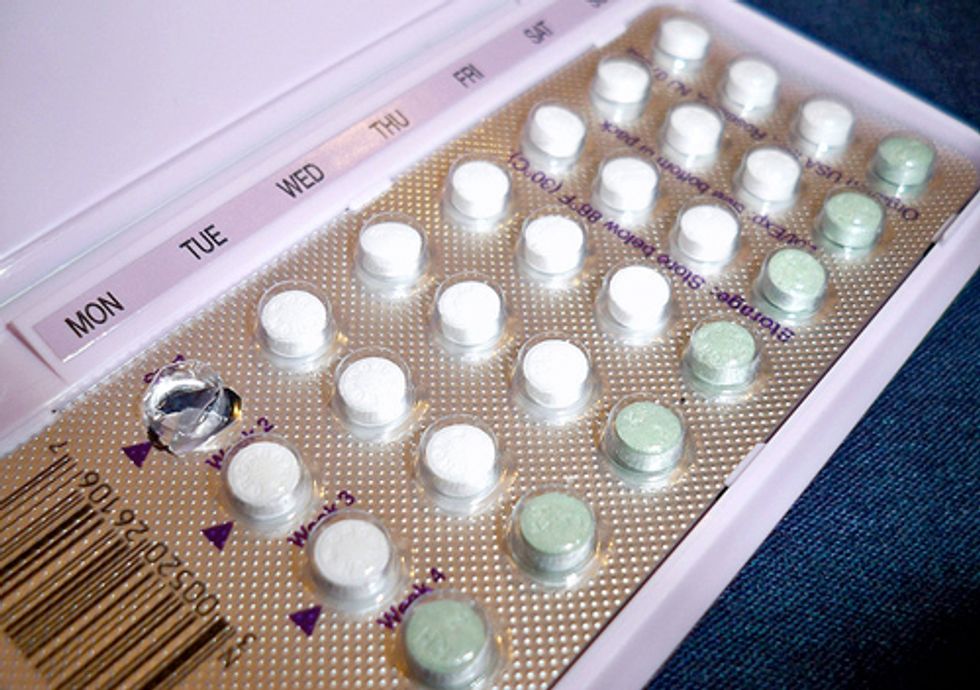 I’m glad to see the recognition of the link between population growth and climate change. However, the statement regarding the first proposed solution is demonstrably false. The statement reads, “The U.N. Population Fund estimates that 215 million women worldwide who desire modern contraceptives are deprived of them. Access to contraceptives would reduce unintended pregnancies by more than two-thirds, from 75 million to 22 million per year, and save $5.1 billion in pre- and postnatal healthcare.”

Large family norms and the cultural and informational barriers to use of contraception are now the major impediments to achieving lower fertility rates, not lack of access to contraceptives.

In Kenya, which was the fastest growing country in the world in the 1980s, contraceptives were within reach of nearly 90 percent of the population by the late 1980s. Yet currently, only 39 percent of married women use them. "Unmet need” is used to describe women who want to delay their next pregnancy by at least two years but are not using a modern method of contraception. In the minds of many, “unmet need” is equated with “lack of access” to contraceptive services. However, demographers Charles Westoff and Luis Hernando Ochoa, in a review of numerous Demographic and Health Surveys, determined that about half the women categorized as having an “unmet need” have no intention of using contraceptives even if they were made freely available.

The situation in Kenya is illustrative of findings in numerous countries recently. In Kenya, according to the 2008-09 Demographic and Health Survey, 96 percent of currently married women and 98 percent of husbands know about modern contraceptives. Of the married women who are non-users, 40 percent do not intend to ever use contraception. Among all non-using married women, 8 percent give as their reason the desire for more children. Among the reasons given for not using contraception by women who are not pregnant and do not want to become pregnant, only 0.8 percent cited lack of availability of contraceptives, and 0.4 percent cited cost. The top four reasons among those who are still fecund:

1. Concern with the medical side effects of contraceptives (31 percent)

4. Opposition from the husbands (6 percent)

These are all issues that are best addressed by information and motivational communications.

Country by country, the Demographic and Health Surveys show a similar pattern. Lack of access is cited infrequently by those who are categorized as having an unmet need for family planning.

Pakistan’s 2006-2007 Demographic and Health Survey found that the most common reason for non-use of contraceptives is the belief that God determines family size. This answer was given by 28 percent of the respondents. Since the fertility rate in Pakistan is 4.0 and the mean desired number of children among currently married women is 4.1, it is clear that family size norms are also a major factor in driving high fertility.

The tradition of large families is a deciding factor in fertility rates in most of sub-Saharan Africa. For example, the 2008 Demographic and Health Survey in Nigeria, Africa's most populous country with 161 million inhabitants, found that the average ideal number of children for married women was 6.7. For married men, it was 8.5. The fertility rate in Nigeria is 5.7 children per woman, which is below what people say they actually want.

Of the non-users, 55 percent report that they never intend to use family planning. The top reasons given are the desire for as many children as possible (17 percent), opposition to family planning (39 percent), fear of health effects (11 percent), and not knowing a method (8 percent). Lack of access and cost were cited by only 0.2 percent each. Only about a third of women have discussed family planning use with their husband.

Changing this situation takes more than provision of family planning services. It requires helping people understand the personal benefits in health and wealth for them and their children of limiting and spacing births. It also involves role modeling family planning use and overcoming fear that contraceptives are dangerous or that planning one’s family is unacceptable. It requires getting husbands and wives to talk to each other about use of family planning—a key step in the process to begin using contraceptives.

Delaying marriage and childbearing until adulthood and educating girls are critical. According to a 2003 report by the Nigerian Population Commission, in northern Nigeria, the mean age at first conception is 15 years. Teen births increased 50 percent between 1980 and 2003 in Nigeria, mostly attributable to adolescents in the northern regions.

The above should not be interpreted as suggesting that the level of effort in providing contraceptive services be reduced. Both quality and quantity of contraceptive choices and services are in need of improvement throughout much of the developing world. But access to family planning methods is not sufficient if men prevent their partners from using them, if women don't understand the relative safety of contraception compared with early and repeated childbearing throughout the reproductive years, or if women feel they cannot take control of their own lives.

Not enough is known about family size preferences of the men and women of the world—particularly among those who are not using any method of contraception. Papers on family size preferences by demographers John Bongaarts, Charles Westoff, and Warren Miller and David Pasta point to the need for much more in-depth, interdisciplinary research on the relationships among ideal family size as viewed by men and women at each age level, fertility intentions and actual achieved fertility.

More research is needed to measure the effects of non-medical interventions, such as efforts to raise women's status, mandatory education for children and mass media communications designed to affect desired family size.

Bill Ryerson wrote this commentary in response to Fighting Climate Change with Family Planning, an article published at Sierra Club Magazine dealing with the deleterious effects of rapid population growth and proposing five ways to achieve a global population stabilization.