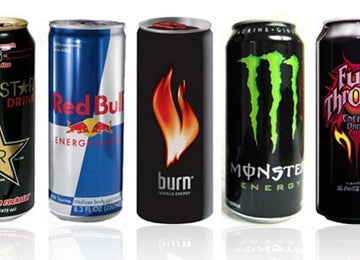 Last month, the City of San Francisco filed a lawsuit against Monster Beverage over the marketing of the company’s highly caffeinated products to youth children. This is just the latest example of using the legal system to hold the food and beverage industries accountable for deceptive marketing practices.

With the federal government all but ignoring the numerous ways food companies deceive shoppers with dubious health claims, the courts are becoming a more popular alternative for action.

As you may recall from civics class, we have three branches of government, and when two of them—the executive and the legislative—have essentially checked out, that leaves only one place to turn for a legal remedy: the judiciary. Despite years of brainwashing by the right wing about the evils of trial lawyers, litigation is a critical and yet underutilized tool for obtaining justice under a broken and compromised political system. 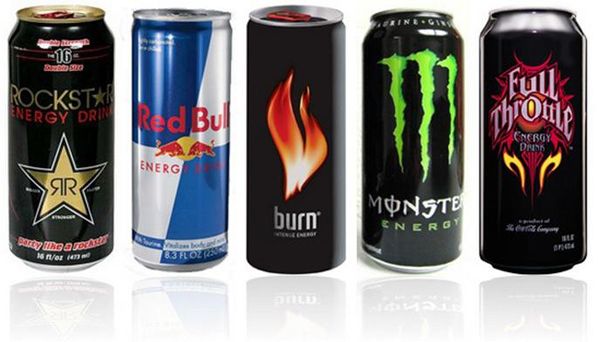 Under both federal and state law, it’s illegal to engage in deceptive marketing. This is a broad concept that applies to any entity that advertises. The idea is that consumers should not be swindled into buying a product; they deserve the straight facts to make informed purchasing decisions. And while such laws do help deter shady activities, deceptive marketing statutes get violated all the time, mostly due to lack of enforcement.

It may be unsettling to realize that on grocery store shelves right now are likely hundreds of food products that contain illegal deceptive claims. While the federal government does have specific definitions for some phrases such as “low fat” or “low salt,” otherwise almost anything goes on the front of a food package because the feds have turned a blind eye. Without proper government oversight, the only recourse is for private law firms to set these companies straight.

Here are some examples of deceptive food marketing cases currently gaining traction. (Full disclosure, I am a consultant for Reese Richman, one of the law firms bringing such cases.)

The Food and Drug Administration (FDA) is unwilling to provide useful guidance on the definition of “natural,” resulting in ubiquitous use of the word by marketers, no matter how nutritionally deficient the product. Factor in the growing interest in organic along with consumer confusion over that label’s meaning and you have a marketing bonanza in “natural” food.

Some lawsuits are being filed over products sporting the natural label that contain genetically engineered ingredients. Two such examples are ConAgra’s line of Wesson cooking oils and Frito-Lay’s snack products. To back up their claims, lawyers are even relying on Monsanto’s own definition of genetically-modified organisms (GMO): “Plants or animals that have had their genetic makeup altered to exhibit traits that are not naturally theirs.”

In a positive development in the ConAgra case last November, the judge found that the plaintiffs adequately described “why genetically-modified products cannot be considered natural” and “they understood that the phrase ‘100% Natural’ meant that Wesson Oil was not made from genetically modified organisms, and that they purchased the product based on this false understanding.” This is a huge step forward for these types of cases. 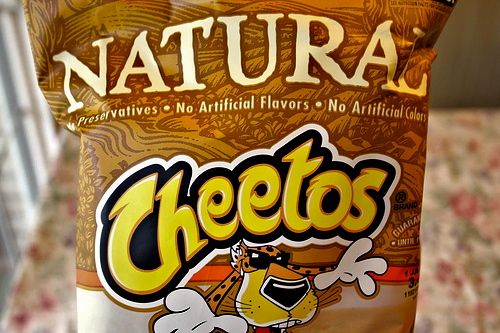 Such cases have tremendous potential to rock the processed food world, given how many products containing GMO ingredients are currently touting the meaningless natural label. Moreover, with increasing calls for mandatory GMO labeling at both the federal and state levels, along with voluntary retailer actions from the likes of Whole Foods, this issue is not going away anytime soon.

Other cases challenging the natural label are over products containing ingredients that are obviously not natural. One such lawsuit is against the Kellogg-owned Kashi GoLean brand of products. From the complaint:

Not sounding very natural. The judge has allowed this case to move forward.

Marketing to children qualifies as illegal deception because a child cannot understand how marketing works. What could be more deceptive than taking advantage of a child’s emotional vulnerability? Unfortunately, we have zero enforcement of this obvious legal violation due to weak-kneed government officials, once again leaving it up to the court system.

To date only one lawsuit has been filed directly challenging marketing to children—against McDonald’s over Happy Meals—an obvious target. The case was brought by the Center for Science in the Public Interest, the only nutrition advocacy group with a litigation department. (This helps explain why this tool is so underutilized.) Unfortunately, the judge dismissed the case last year. While suing over marketing to children does face certain procedural challenges, with the right venue and strategy, I am hopeful we can gain traction in time.

In lieu of directly challenging food makers for targeting children, another strategy emerging is suing over child-oriented products that make deceptive health claims. One such example is the General Mills’ product, Fruit Roll-Ups.

Also filed by Center for Science in the Public Interest, this case took the company to task for its claims their products were “fruit flavored,” “naturally flavored,” a “good source of vitamin C,” and low in calories, fat and gluten. (Seriously, low in gluten?) In December, this case was settled when General Mills agreed to stop using the most egregious practices; for example, no longer putting images of strawberries on a product that contained none. Duh.

Taking the prize in the chutzpah line of cases is Coca-Cola’s vitaminwater brand. This lawsuit alleges deceptive marketing for positioning the product as a health tonic, when some varieties contain a whopping 33 grams of sugar (in 20 ounces), among other unhealthful ingredients such as dyes. That case has also been allowed to move forward, despite Coca-Cola’s desperate argument that “no consumer could reasonably be misled into thinking vitaminwater was a healthy beverage,” a claim that was skillfully ripped apart by John Robbins and as well as hilariously pilloried by Stephen Colbert.

Another product deserving a chutzpah award is Chobani yogurt, a brand that has taken on near-iconic status in the most health-washed category of all. Chobani is being sued over its “all-natural” claim (among other statutory violations) because the label lists “evaporated cane juice,” which is just a fancy way of saying sugar. This, despite the FDA’s explicit warning to food makers not to use the phrase because the accurate description of the ingredient is actually “dried cane syrup.” But juice sounds so much more “natural” than syrup.

In a recent Twitter exchange, I had some fun with the poor social media person at Chobani. Despite the lawsuit, the company continues to use the phrase “evaporated cane juice.” When I asked why not just call it sugar, the reply was: “It’s specifically the form we use. Not all sugars are created equal.” But I got no response when I next tried to ask exactly how their sweetener was any different from sugar. (Maybe the lawyers got hold of the Twitter account.)

Rounding out the chutzpah category is Nutella, which got in legal trouble for advertising its dessert-like product as healthy breakfast. Although the case was settled for $3 million, it was also the subject of some ridicule by those who thought it was obvious that Nutella is a treat. But that critique misses the point: under the law, companies are not allowed to market its junk food products as healthful. In a seminal case against Gerber for deceptively marketing children’s “fruit snacks,” the company tried to use the Nutrition Facts label as a defense, since the ingredients and amount of sugar are clearly listed there. But the judge explained that information being available elsewhere (like on the back of the package) does not make it OK for a company to deceive consumers in other ways, such as on the front of the package or in ads.

While litigation represents an important tool for holding food companies responsible, there are also numerous challenges. For example, the strategy requires targeting one product or line of products at a time, which is not the most efficient approach for sweeping change. However, strategic selection of the worst (and largest) offenders can send a strong message to an entire industry.

Another limitation is how long the court process can take: often several years just to get through the preliminary phase. And, corporate defense lawyers are skillful at dragging out the process in hopes the plaintiffs will give up. Finally, the results are sometimes less than ideal. Most cases end in settlement because they are too costly to bring to trial, and negotiation necessitates compromise.

But given the widespread health-washing by a desperate food industry at a time when the American public is starting to realize that actual fruit may be a healthier option than Fruit Loops, litigation is a critical, if imperfect, tool.

Why Get Involved in Litigation?

Advocacy groups engaged in the good food movement should take notice. While major foundations may be too skittish to fund litigation, organizations can still team up with private lawyers to bring more of these sorts of cases. Nonprofits can play different roles such as: 1) offering specific expertise as consultants; 2) asking their members to serve as plaintiffs; 3) being a named plaintiff themselves in certain types of actions; or 4) serving as co-counsel.

Perhaps the best motivator for a nonprofit group to get involved in litigation is the potential for being awarded part of a “cy pres” fund: money set aside in a settlement for nonprofits doing good work that is sufficiently related to the case. Several good projects got their start with cy pres money, including a California-based group called CANFIT, which works with adolescents around health and nutrition. That settlement fund was from a deceptive marketing case against Kraft Foods, and some 20 years later the group is still going strong.

We have our work cut out for us with so much deception in the marketplace, but with better coordination and teamwork, we can make real progress through the legal system. It’s a shame that we have to turn to the courts at all, but that’s the political reality right now. Someone has to hold the food industry accountable.