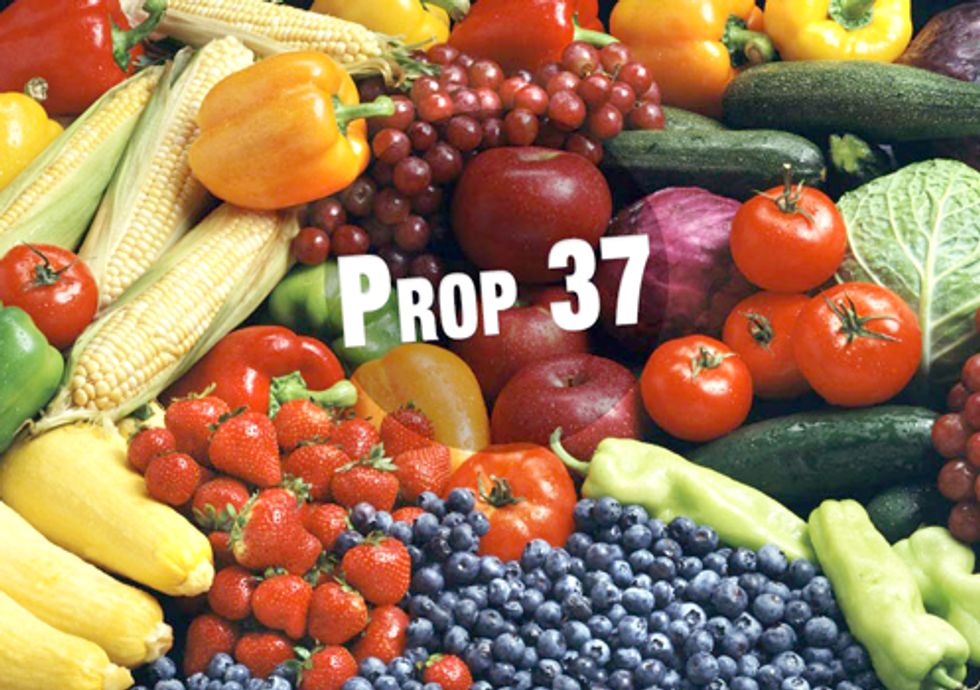 Californians deserve the right to know whether their food contains genetically engineered ingredients, just as consumers do in 40 other countries around the world, including China. But the only way they’ll win that right is by voting yes on Proposition 37 on November 6, and today Environmental Working Group, (EWG) a national research and advocacy organization, announced that it will join the fight to pass the measure.

Proposition 37, a relatively straightforward proposal, would require a simple label on any food product that contains ingredients that have been genetically modified, commonly called GMOs. More than 1 million Californians have signed petitions to get the measure on the November ballot.

Until now, GMO foods—primarily soy, corn or beet sugar—have mostly been used in processed food and animal feed, but the U.S. Department of Agriculture is considering approving the sale of genetically modified versions of widely eaten foods such as apples and salmon. Currently, 90 percent of sugar beets and 94 percent of soybeans grown in the U.S., and 88 percent of corn grown for animal feed, are genetically modified.

“Surveys show that more than 90 percent of Californians believe it’s their right to know if genetically engineered ingredients are in the food they eat and feed their kids, and for years now they’ve had no way to find out,” said EWG President Ken Cook. “Who will honor that right? Certainly not the global pesticide companies that produce the genetically engineered ingredients that ends up in our food, and definitely not big multinational food companies. In this instance, they’re saying the customer is not always right. In fact, Big Food has already announced that defeating California’s Proposition 37 is their top priority,” Cook said.

“I’m very sorry to say that President Obama has not acted to respect this basic right either, despite promising to do so on the campaign trail in 2008. A President Romney? Forget it. The current majority in Congress certainly won’t recognize this right, and as for Sacramento … we have our doubts,” added Cook, a California resident. “The only way Californians will win the right to know about genetically modified ingredients in our food is to claim it in the voting booth, and that’s why EWG is in this fight.”

EWG has joined with a large and diverse coalition—including environmental, public health, food safety and agricultural organizations along with food producers, labor federations and Tea Party-affiliated groups—that believe consumers have a right to know what is in their food.

Cook and other EWG staff will be traveling throughout the state speaking out in favor of Proposition 37 in the run-up to election day and will be calling on the 150,000 EWG supporters in the state to join the fight and bring some friends.

“It is absolutely unacceptable to keep consumers in the dark,” said EWG Senior Analyst Kari Hamerschlag in EWG’s Oakland office. “Passage of Proposition 37 is essential for not only the people in California but for all eaters across the country who’d like to know what’s in the food they and their families eat.”

“The fact that in just a few months nearly a million people in California signed a petition asking to put their right to know on the ballot is a sign of the overwhelming public support for this issue in the state,” Hamerschlag added.