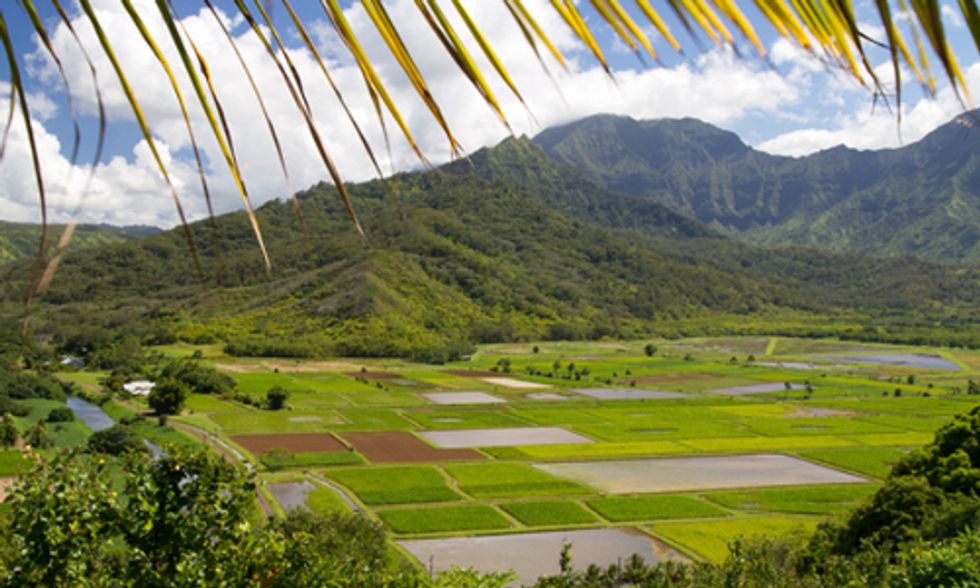 Hawaii has become ground zero for the battle over GMOs. Photo courtesy of Shutterstock

On Aug. 1 Center for Food Safety (CFS), Earthjustice and local farmers filed a motion to intervene in a lawsuit to defend the County of Hawaii’s Ordinance 13-121, which places a moratorium on expanding GE crops on the Big Island and regulates the organisms to prevent harm from associated pesticide use and the contamination of non-GE crops.

“Hawaii County, like every county, has the right to protect its farmers and native environments from genetically engineered crops,” said George Kimbrell, CFS senior attorney. “Having GE-free zones is critical for the sustainable future of U.S. agriculture, and to protect Hawaii’s unique ecosystems.”

The lawsuit is driven largely by the Biotechnology Industry Organization, the trade association representing companies like Monsanto. It aims to open up the island for expansion of GE crop production by rolling back the 2013 ordinance. Due to Hawaii’s climate, it has become a world center for experimental GE seed production.

“Hawaii is one of the most biologically diverse, as well as spectacularly beautiful, places in the world, but the chemical companies have been turning the islands into experimental laboratories, unleashing a fountain of pesticides and genetically engineered material into the air, land and waters,” said Paul Achitoff, Earthjustice managing attorney based in Honolulu. “We stand with the people of Hawaii Island who are trying to protect their island from being transformed into another toxic waste dump.”

The Big Island is not the only Hawaiian island facing such legal battles. Kaua’i was sued by three big agrochemical companies in January to block Kaua’i County’s genetically modified organism (GMO) regulatory law. Hawaii has become ground zero for the battle over GMOs, with growing grassroots opposition to the five big biotech companies expanding their operations there: Monsanto, Syngenta, DuPont, Dow Agrochemicals and BASF.

“In Hawaii, we believe that our seeds, crops, and foods should remain free of contamination from genetically engineered plants,” said Big Island farmer and agricultural educator, Nancy Redfeather.