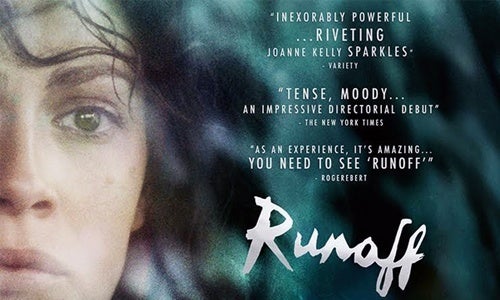 Kimberly Levin’s gripping debut feature film RUNOFF is getting people talking about what goes into our food, the way we treat our land and water, and the ethical questions at the heart of everyday survival. Filmed on working farms, it’s a fictional work that has been called “Riveting,” (Variety), “Impressive” (The New York Times) “Amazing” (RogerEbert) and “A film you have to see” (Organic Authority).

EcoWatch had the chance to interview Levin. Here’s what she had to say about the film:

Q. What was the inspiration for RUNOFF?

A. I originally trained as a biochemist before getting into film and theater. So, the idea for RUNOFF goes back to some field biochemistry work I was doing in Kentucky, where I grew up. I was testing stream waters in a little tributary that fed Lake Cumberland, this gorgeous place with emerald water and limestone cliffs.

I helped to uncover that a textile plant was dumping raw effluent, untreated wastewater into the little stream, which flowed into the lake, which is also the state’s largest tourist attraction, a place where people get their drinking water and go fishing.

Activists and lawyers picked up on the research and eventually got the plant closed, which was a huge victory on one hand. But the factory was relocated—beyond some border, to another community. I was haunted that the problem wasn’t solved; it was just someone else’s now.

I started thinking about how we make difficult decisions about what we prioritize, about how wide we draw the circle around ourselves when we make these tough choices.

When my back is against the wall, and I have to decide between the lesser of evils, who’s inside my circle? Is it me and my family? My neighbors? How far out does my sense of community and responsibility extend? That’s not the story you see on screen in RUNOFF, but those are some of the themes I was thinking about when I sat down to write. 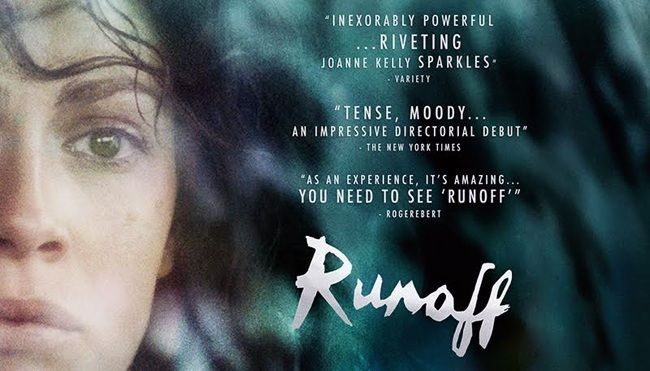 Q. RUNOFF tells the story of a woman up against a threat posed by a big Monsanto-like company. And yet, unlike a lot of Hollywood movies, it’s open-ended, and the protagonist Betty isn’t exactly a heroine. Can you talk about why?