The 150-Mile Wardrobe: A Solution for One of the World’s Most Polluting Industries 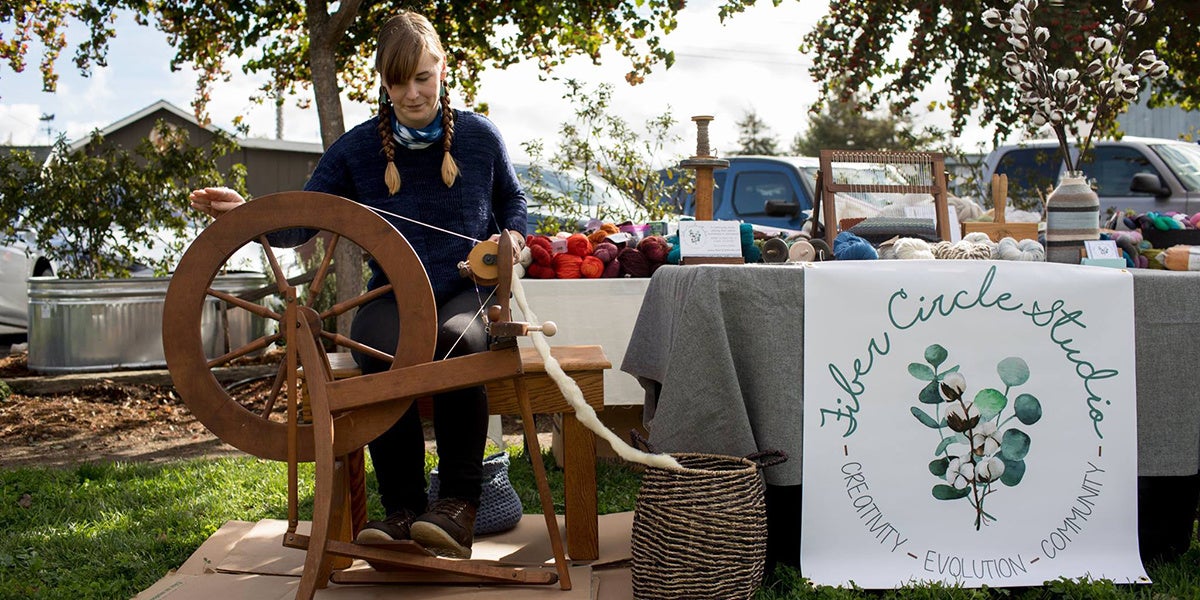 Between pesticides, chemical dyes and plastic, producing a typical sweater eats an enormous amount of natural and industrial resources. Apparel is one of the world’s most polluting industries, and the U.S. sends up to 75 percent of its cotton abroad—only to ship it back as cheap T-shirts.

The Northern California Fibershed was designed to circumvent all that.

About 104 farmers, ranchers, weavers, spinners and designers across 19 counties make up a garment-producing system where every producer uses materials sourced within a 150-mile radius: A shop in Oakland buys marigolds from a farm in Chico to dye yarn shorn from sheep in Sonoma and weaves it into sweaters sold in San Francisco.

The concept started in 2010 when textile artist and sustainability advocate Rebecca Burgess challenged herself for one year to wear only clothes produced near her community.

“Six weeks in, I still only had two items of clothing,” said Burgess, who drew inspiration from Southeast Asian cultures with highly localized fiber production. “Your region can hold all you need to survive—that transformed my understanding of what was possible.”

Piece by piece, she built a regional wardrobe and learned what resources were available nearby—and what was needed to “create a functional system out of an abundant system.”

Since then, Burgess has been working in Northern California and across the country to help farmers and artisans connect and create their own regional fiber systems, first by analyzing the supply chain, then by connecting producers to each other. A complete circuit starts with the production of dye and fiber, which is processed, spun and turned into fabric, then handed to designers and makers before reaching the wearer.

At heart, the system is about connecting and respecting the gifts and limits of the land. Burgess said the system sequesters as much carbon from the atmosphere as it emits, and the organically dyed garments are compostable. The farmers plan to strengthen their network as an agricultural cooperative by the end of 2018.

“You realize you have such a community of people here who are helping you survive,” Burgess said. “You become grateful to each other in ways that modern culture strips us of.”