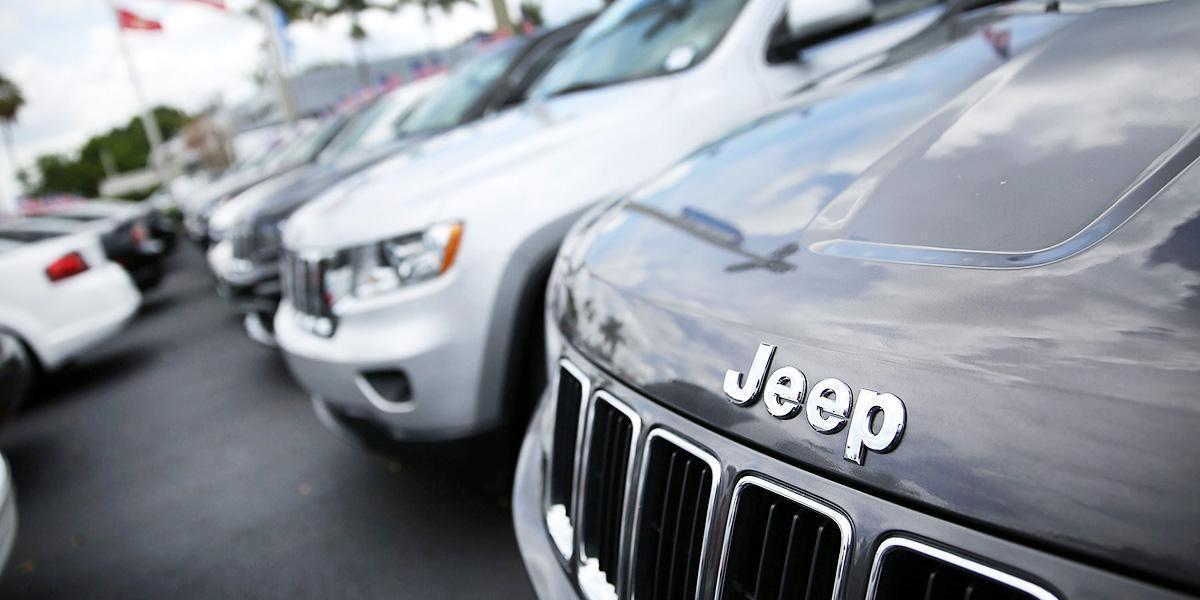 The news that Fiat-Chrysler is the latest auto-maker caught having massively—and probably illegally—exceeded allowable emission levels for its diesels cars raises a major question: Will this crisis shake Chrysler CEO Sergio Marchionne’s long standing bet against history, in particular against the replacement of the internal combustion engine by the electric drive train?

Marchionne stands almost alone in the auto industry in denying the electric future—but now that he too faces an existential crisis over diesel cheating, how much longer can he—or his shareholders—cling to the combustion past?

Chrysler, we now know, installed software designed to deceive emission testing procedures on 100,000 U.S. Dodge Ram and Jeep Cherokee diesels from 2014-2016. It also apparently pulled similar manipulations in Europe. The company has agreed to recall and fix the vehicles, but denies it broke the law—standard operating procedure for auto companies when first caught exceeding pollution limits.

Fiat stands accused of having installed similar emission “cheat” devices on much larger numbers of cars it sold in Europe—it’s not yet clear how widespread the issue is, but this feels very much like the early stages of what could be a major scandal. The European Union has initiated legal action against Italy for failing to adequately enforce EU standards for auto emissions testing on cars made by Fiat. And the University of the Ruhr reported that Fiat installed cheat devices on the Fiat 500X, a compact diesel widely sold in Europe.

The U.S. violations were clearly part of the company’s strategy to use somewhat more efficient diesels to meet increasingly stringent U.S. fuel efficiency and carbon emission rules while clinging to a vehicle mix very stuffed full of SUV’s and almost entirely devoid of the zero emission electric vehicles which other auto makers are relying on to average out with their big cars. (Chrysler has consistently shown the worst fuel economy performance of any U.S. auto manufacturer).

Marchionne has historically derided the future of the electric vehicle, at one point urging customers not to buy Fiat’s EV 500 because “I lose $10,000 making every one.” He is also the major auto executive least interested in producing standards sedans for ordinary customers, cancelling many of Chrysler’s biggest selling sedans and emphasizing SUV’s even more heavily.

Without a strong car line, and with no meaningful EV presence, Marchionne really had no choice but to rely on diesels to cut fuel consumption—regardless of the inability of small diesels in particular to meet pollution requirements. Now he, like Volkswagen, is nakedly exposed as having allowed his company to sell vehicles whose emissions kill its customer and their neighbors—a new study this week calculated that the excess emissions from diesels that fail to meet pollution standards already kills 38,000 people a year globally. Now the burden from non-compliant Fiats and Chryslers will be added to that total.

The diesel scandal forced Volkswagen to make a major shift away from diesels and towards electric drive trains. Will Marchionne follow? After all, the other six of the big seven auto manufacturers are each far ahead of Chrysler in their investment in the electric future. But Marchionne has said that Fiat’s next likely model of electric car won’t arrive until after he has retired; he worries that allowing electrification to get a firm hold in the auto market will open the industry up to new competitors; and the SUV heavy product line he deploys doesn’t offer easy opportunities for early electrification.

But if he stays his electro-sceptic course, Marchionne is betting even more heavily against what appear to be the historic trends. The two fastest growing auto markets in the world, China and India, have national governments sending strong signals that they plan to phase out market access for the internal combustion engine altogether, perhaps as soon as 2030, as does the biggest market within the U.S., California. A recent Financial Times story reported that Torotrak, an engineering company which a year ago was lining up contracts with auto makers to improve the efficiency of their internal combustion engines, is now being cut off from contracts because the companies have decided, “the shift to electric vehicles is accelerating and we have only limited R&D money to invest and we are going to put all of it into the electric car revolution.”

The head of Shell Oil, one of the ultimate losers in an electrified transport sector, warned that “the energy transition is global. It must be embraced. It is unstoppable.” And it means, he spelled out, electric vehicles. “The world needs to make a massive shift towards consuming energy as electricity,” he said.

While short-term the scandal is bad news for Fiat Chrysler, its shareholders and its workers, it may give the company one last time to catch up with history—and recognize that electrification is the future of the auto.

To learn more about Carl Pope’s views on the environment, energy and climate, read Climate of Hope which he has co-authored with former New York City Mayor Mike Bloomberg and which can be purchased online or from your local book store.