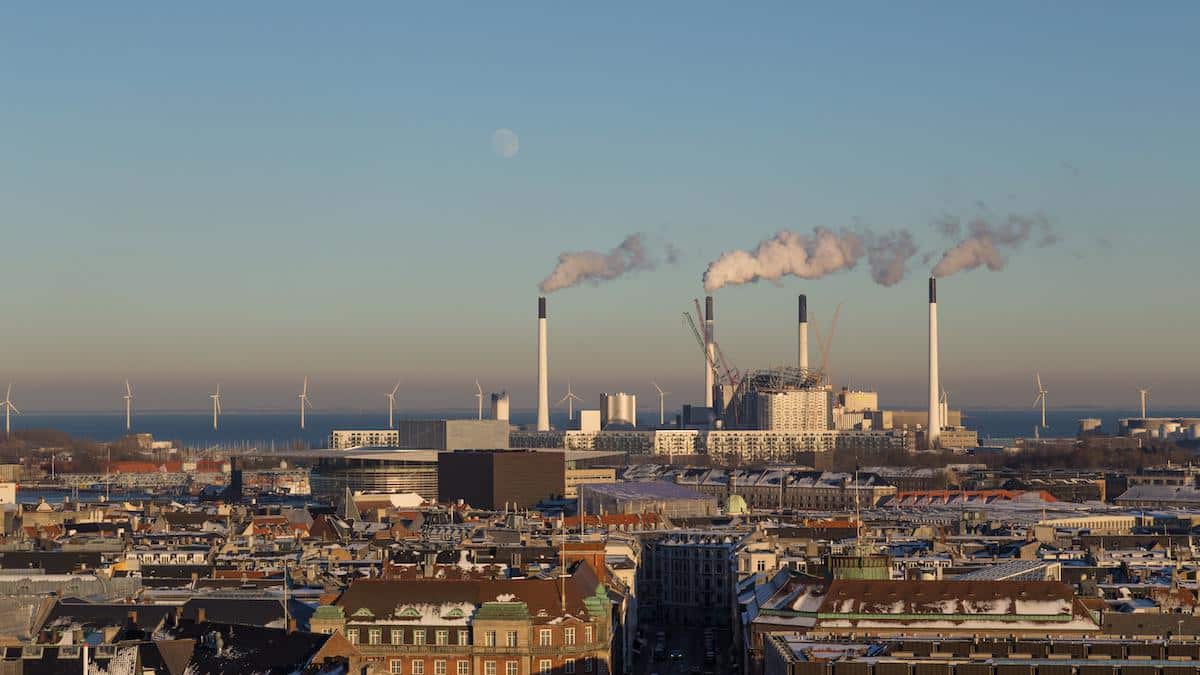 The skyline of Copenhagen, Denmark with the Amager power plant in 2016 when it burned coal. olli0815 / iStock / Getty Images Plus

A new study on fertility rates in Denmark finds a possible link between lower fertility rates and rising fossil fuel pollution and industrialization. Although the research identifies this trend in Denmark, it is also seen in other countries globally.

The study, published in Nature Reviews Endocrinology, outlines a number of socioeconomic, cultural, and behavioral factors that might influence infertility. In Denmark, 10% of children are born via assisted reproduction, often due to oocyte failure or poor semen quality, and more than 20% of males never reproduce. Further, researchers note a global increase in testicular cancer.

Ultimately, a wide number of factors make it hard to pinpoint just one cause of lower fertility rates. But the authors note that decreasing fertility rates were seen in Denmark in the early 1900s as fossil fuel-based industrialization started and before modern contraceptives were available. The trend has continued to increase alongside a dependence on fossil fuels.

“It remains to be elucidated whether the decreasing fertility rates are linked to changes in our biological systems due to environmental exposures or to behavioural socioeconomic changes caused by modern lifestyles, or due to a combination of both,” the study says.

Other studies show increasing human infertility rates due to rising cases of testicular cancer as well as low-quality sperm and eggs, among other factors. Researchers have included exposure to fossil fuel pollution as an environmental factor linked to lower fertility rates, particularly within the past five decades.

“What has struck me in this study was the finding that so much of modern life originates from fossil fuels,” Niels Erik Skakkebæk, lead author of the study and professor at the University of Copenhagen, told The Guardian. “We don’t think about it that way. When we buy a pair of shoes made of chemicals originally produced from fossil fuels.”

This correlation is not unheard of, as previous studies have found fossil fuel pollutants, plastics and other materials derived from fossil fuels to be endocrine disruptors, meaning they may negatively impact hormones and reproductive health. Still, research on fossil fuel pollution and human reproductive health is relatively sparse. As such, Skakkebæk and the team of researchers are calling on governments, health organizations and universities to quickly investigate the issue further.

“In support of a biological hypothesis, the trends in testicular cancer that can be seen as the ‘canary in the coal mine’ for other spermatogenic disorders, are clearly increasing,” the study concludes. “Also in favour of a biological hypothesis is the fact that reproductive toxicants are ubiquitously present in our diet, drinking water and the air we breathe. It is well established that these chemicals have become part of our tissues and fluids. But do they contribute to the current epidemic of infertility? We know that they can be a threat to wildlife. Unfortunately, too little has been done to uncover their role in humans.”