FERC, Which Rejected 2 Gas Pipelines Out of 400 Since 1999, to Review Approval Policy 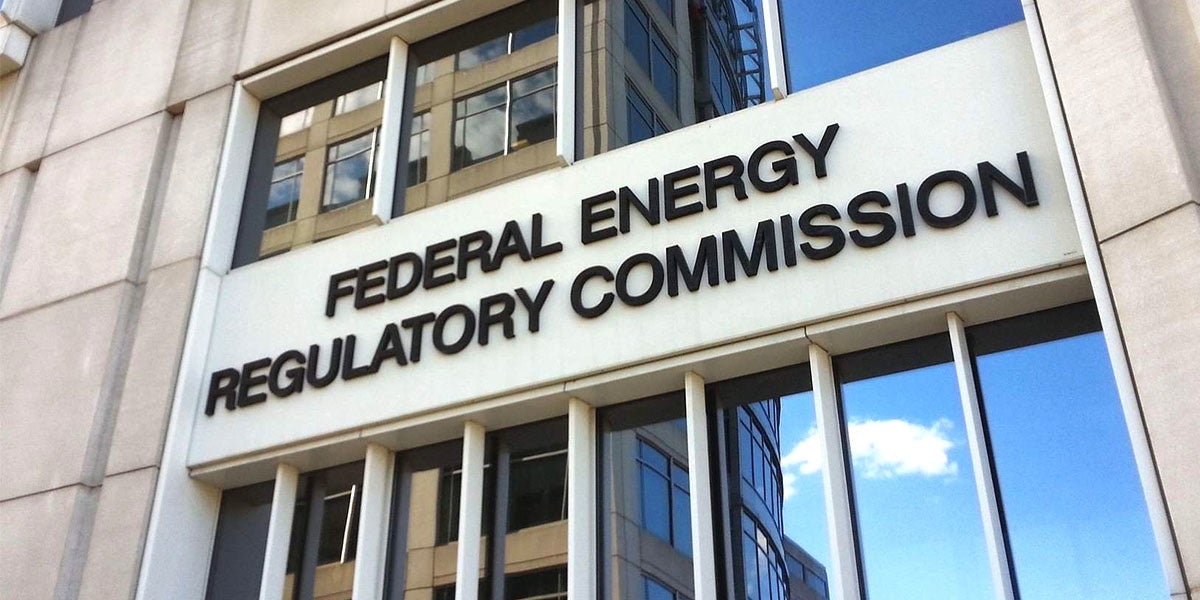 FERC has come under fire for serving as a “rubber stamp” for these pipelines, which these days mostly carry gas obtained via the horizontal drilling and injection technique known as hydraulic fracturing or “fracking.” The agency has rejected only two out of the approximately 400 pipeline applications received since 1999, when it last updated its gas pipeline review process. That’s according to a report published in November by Susan Tierney, currently employed by economic consulting firm Analysis Group and former member of the Obama-era Department of Energy’s Natural Gas Subcommittee.

Indeed, beginning in the 2000s and booming after the Energy Policy Act of 2005, fracking has opened up massive industry demand for interstate pipelines.

And before those lines are built, they must receive a permit from FERC. Gas pipelines crossing international borders, too, by law require a FERC permit and have become increasingly common along the U.S.-Mexico border in the aftermath of the passage of constitutional energy sector privatization reform in December 2013.

Tierney’s report, commissioned by the Natural Resources Defense Council (NRDC), emphasizes the role fracking has played in the spike of FERC pipeline approvals.

“From 2007 through 2016 alone, FERC approved 234 gas pipeline projects, more than half the number approved since the Policy Statement was issued in 1999,” reads the report. “These projects amounted to 121 [billion cubic feet per day] in total incremental capacity approvals, with 10,250 miles of pipe estimated to cost approximately $51.2 billion.”

In particular, the report zeroes in on the role of Pennsylvania’s Marcellus Shale basin, which saw a total of nine interstate pipelines approved in 2016 alone. According to U.S. Energy Information Administration (EIA) data from 2015, the Marcellus and its neighboring Utica Shale basin in Ohio are responsible for 85 percent of U.S. shale gas production since 2012. 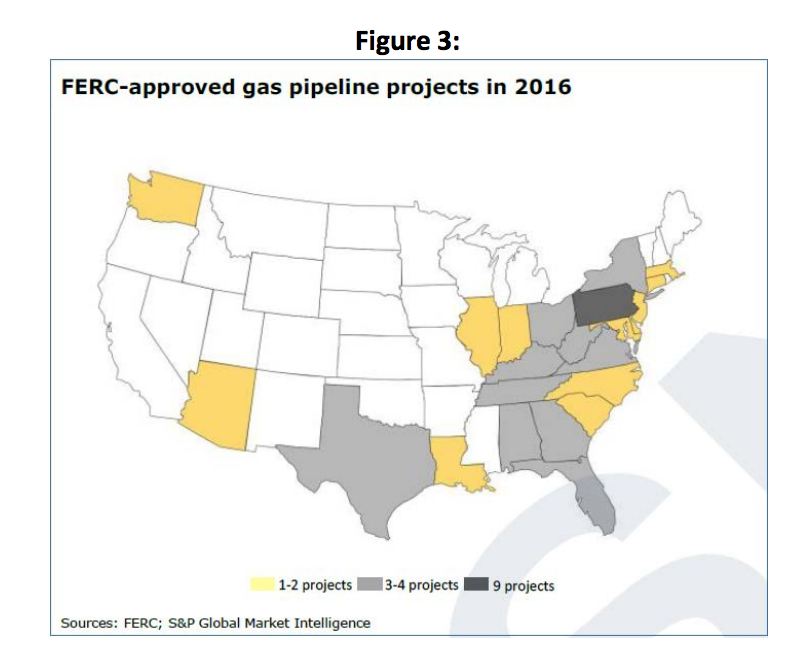 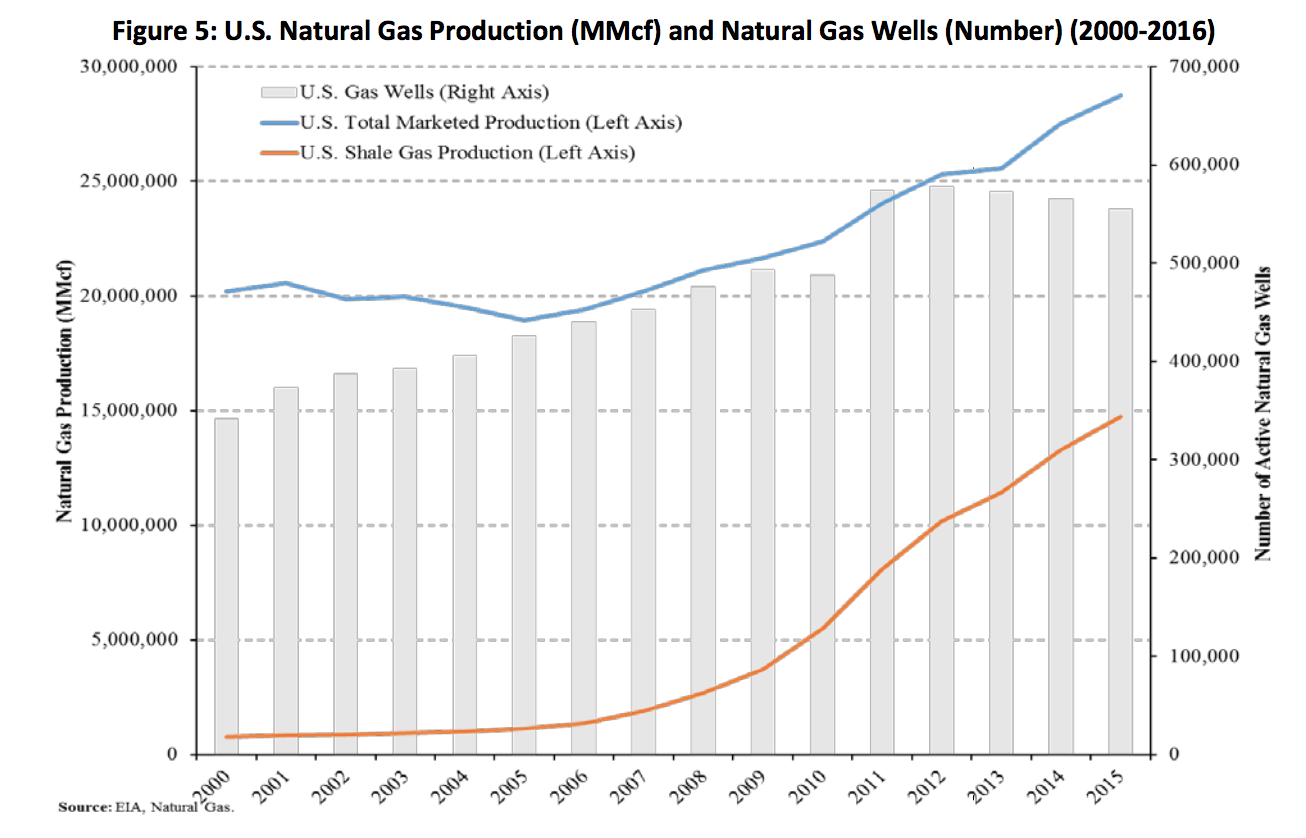 The Analysis Group report is in agreement with McIntyre, who formerly served as an industry lawyer representing pipeline companies. The firm posited that, due to deep industry changes since the agency last issued a permitting statement in 1999, it is time to look at the policy with a fresh set of eyes and a new perspective.

“The motivation for FERC to review its pipeline certification guidance and policy is similar to what it was in 1999,” wrote the Analysis Group. “At that time, FERC was considering evidence and insights about changes then underway in the gas industry that, in the Commission’s view, warranted evolution of FERC’s policies on certification and the pricing of new construction projects.”

McIntyre argues that it is a matter of “good governance” to listen to concerns among stakeholders and incorporate those into a new set of policies for pipeline permitting going forward.

“It’s a matter, we believe, of good governance, to take a fresh look at this area, and to give all stakeholders and the public an opportunity to weigh in on what they believe should be changed to our existing policies,” The Hill quoted McIntyre as saying. “But I guarantee you, whatever it is, it will be open and transparent and thorough, and we will invite the views of all stakeholders to ensure that we are doing everything we can to accurately and efficiently assess the pipeline applications that we receive and the process.”

Perhaps the most vocal FERC critic, the group Beyond Extreme Energy, has said that it does not trust the agency and remains skeptical of what it will do in the months ahead on the 1999 policy.

“If FERC were an agency which truly put the public interest first, the announced plan to review their process for approving pipelines would be a welcome development,” the group said in a press statement. “But facts don’t lie: over the past 30 years FERC has granted permits for all but two proposed interstate gas pipelines. It is a rubber stamp agency, and it has been this through both Democratic and Republican administrations.”

The Interstate Natural Gas Association of America (INGAA), a trade association for gas pipeline companies, has said it is open to the review of the 1999 policy, expressing in its press release little trepidation of the implications for the gas pipeline industry.

“The interstate natural gas pipeline industry welcomes the opportunity to provide input when FERC initiates its inquiry into whether the 1999 policy statement can be improved upon,” Don Santa, president and CEO of INGAA, said in a press release. “The ability to site and construct this critical infrastructure has enabled the United States to benefit quickly from the natural gas supply unlocked by the shale revolution.”

“We believe that it will be demonstrated that the 1999 policy statement has withstood the test of time quite well. The criteria specified in the policy statement continue to provide FERC with what remains a robust framework for evaluating the range of questions that must be addressed in determining whether a proposed pipeline meets the public convenience and necessity.”

For their part, Tierney and her Analysis Group have called on FERC to look back at its mandate as expressed in 1999, which read: “In considering the impact of new construction projects on existing pipelines, the Commission’s goal is to appropriately consider the enhancement of competitive transportation alternatives, the possibility of overbuilding, the avoidance of unnecessary disruption of the environment, and the unneeded exercise of eminent domain.”