Fences Can ‘Utterly Reorganize’ Ecosystems, Producing Winners and Losers, but Are Rarely Studied 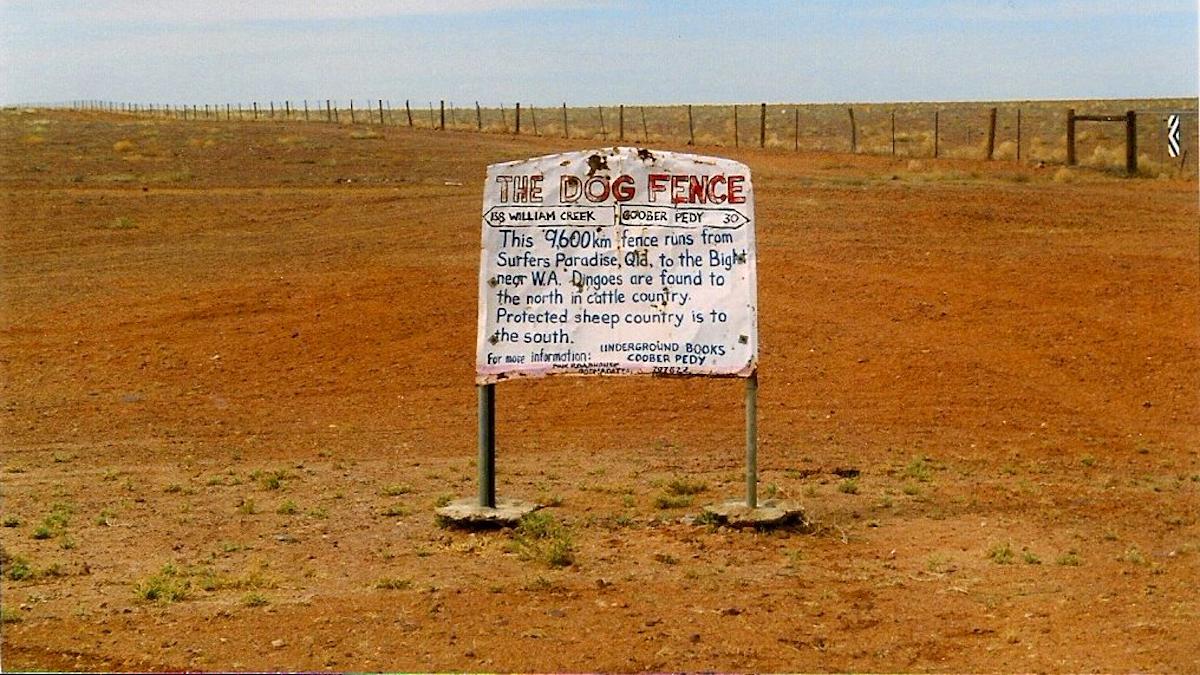 What is the most common form of human infrastructure in the world? It may well be the fence. Recent estimates suggest that the total length of all fencing around the globe is 10 times greater than the total length of roads. If our planet’s fences were stretched end to end, they would likely bridge the distance from Earth to the Sun multiple times.

On every continent, from cities to rural areas and from ancient to modern times, humans have built fences. But we know almost nothing about their ecological effects. Border fences are often in the news, but other fences are so ubiquitous that they disappear into the landscape, becoming scenery rather than subject.

In a recently published study, our team sought to change this situation by offering a set of findings, frameworks and questions that can form the basis of a new discipline: fence ecology. By compiling studies from ecosystems around the world, our research shows that fences produce a complex range of ecological effects.

Some of them influence small-scale processes like the building of spider webs. Others have much broader effects, such as hastening the collapse of Kenya’s Mara ecosystem. Our findings reveal a world that has been utterly reorganized by a rapidly growing latticework of fences.

If fences seem like an odd thing for ecologists to study, consider that until recently no one thought much about how roads affected the places around them. Then, in a burst of research in the 1990s, scientists showed that roads – which also have been part of human civilization for millennia – had narrow footprints but produced enormous environmental effects.

For example, roads can destroy or fragment habitats that wild species rely on to survive. They also can promote air and water pollution and vehicle collisions with wildlife. This work generated a new scientific discipline, road ecology, that offers unique insights into the startling extent of humanity’s reach.

Our research team became interested in fences by watching animals. In California, Kenya, China and Mongolia, we had all observed animals behaving oddly around fences – gazelles taking long detours around them, for example, or predators following “highways” along fence lines.

We reviewed a large body of academic literature looking for explanations. There were many studies of individual species, but each of them told us only a little on its own. Research had not yet connected the dots between many disparate findings. By linking all these studies together, we uncovered important new discoveries about our fenced world.

Perhaps the most striking pattern we found was that fences rarely are unambiguously good or bad for an ecosystem. Instead, they have myriad ecological effects that produce winners and losers, helping to dictate the rules of the ecosystems where they occur.

Even “good” fences that are designed to protect threatened species or restore sensitive habitats can still fragment and isolate ecosystems. For example, fences constructed in Botswana to prevent disease transmission between wildlife and livestock have stopped migrating wildebeests in their tracks, producing haunting images of injured and dead animals strewn along fencelines.

Enclosing an area to protect one species may injure or kill others, or create entry pathways for invasive species.

One finding that we believe is critical is that for every winner, fences typically produce multiple losers. As a result, they can create ecological “no man’s lands” where only species and ecosystems with a narrow range of traits can survive and thrive.

Examples from around the world demonstrate fences’ powerful and often unintended consequences. The U.S.-Mexico border wall – most of which fits our definition of a fence – has genetically isolated populations of large mammals such as bighorn sheep, leading to population declines and genetic isolation. It has even had surprising effects on birds, like ferruginous pygmy owls, that fly low to the ground.

Australia’s dingo fences, built to protect livestock from the nation’s iconic canines, are among the world’s longest man-made structures, stretching thousands of kilometers each. These fences have started ecological chain reactions called trophic cascades that have affected an entire continent’s ecology.

The absence of dingoes, a top predator, from one side of the fence means that populations of prey species like kangaroos can explode, causing categorical shifts in plant composition and even depleting the soil of nutrients. On either side of the fence there now are two distinct “ecological universes.”

Our review shows that fences affect ecosystems at every scale, leading to cascades of change that may, in the worst cases, culminate in what some conservation biologists have described as total “ecological meltdown.” But this peril often is overlooked.

To demonstrate this point, we looked more closely at the western U.S., which is known for huge open spaces but also is the homeland of barbed wire fencing. Our analysis shows that vast areas viewed by researchers as relatively untrodden by the human footprint are silently entangled in dense networks of fences.

The authors assembled a conservative data set of potential fence lines across the U.S. West. They calculated the nearest distance to any given fence to be less than 31 miles (50 kilometers), with a mean of about 2 miles (3.1 kilometers). McInturff et al,. 2020 / CC BY-ND

Fences clearly are here to stay. As fence ecology develops into a discipline, its practitioners should consider the complex roles fences play in human social, economic and political systems. Even now, however, there is enough evidence to identify actions that could reduce their harmful impacts.

There are many ways to change fence design and construction without affecting their functionality. For example, in Wyoming and Montana, federal land managers have experimented with wildlife-friendly designs that allow species like pronghorn antelope to pass through fences with fewer obstacles and injuries. This kind of modification shows great promise for wildlife and may produce broader ecological benefits.

Some incredible non-COVID19 content for you today: hundreds of pronghorn (aka speed goats!) migrating through Natrona County, Wyoming, in search of hospitable winter range. Prime example of why wildlife-friendly fencing is so crucial. #FenceEcologyhttps://t.co/5TbaFi0173

Another option is aligning fences along natural ecological boundaries, like watercourses or topographical features. This approach can help minimize their effects on ecosystems at low cost. And land agencies or nonprofit organizations could offer incentives for land owners to remove fences that are derelict and no longer serve a purpose.

Nonetheless, once a fence is built its effects are long lasting. Even after removal, “ghost fences” can live on, with species continuing to behave as if a fence were still present for generations.

Knowing this, we believe that policymakers and landowners should be more cautious about installing fences in the first place. Instead of considering only a fence’s short-term purpose and the landscape nearby, we would like to see people view a new fence as yet another permanent link in a chain encircling the planet many times over.

Disclosure statements: Wenjing Xu receives funding from the Smithsonian Institute. Alex McInturff and Christine Wilkinson do not work for, consult, own shares in or receive funding from any company or organization that would benefit from this article, and have disclosed no relevant affiliations beyond their academic appointment.