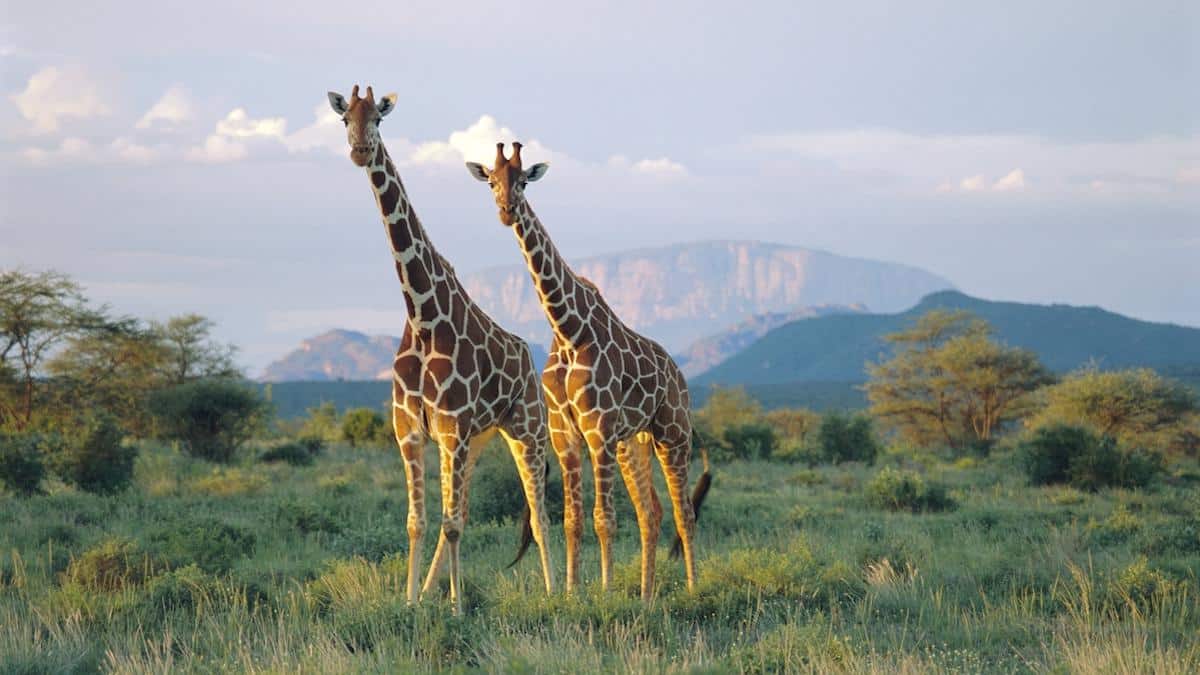 A giraffe’s life is a hard one, crowded by humans, stressed by habitat fragmentation and threatened by poaching. But for females, friends could make it better and longer, a recent study finds.

Over the past three decades, giraffe populations have declined by 30 percent, The Atlantic reported. Today, only 111,000 individuals remain. Forming close relationships with fellow giraffes, however, could increase a female’s chances at survival, researchers found.

Led by Monica Bond at the University of Zurich in Switzerland, a team of researchers asked, “Do differences in the socio-ecological environment experienced by individuals influence their survival?” After studying giraffes in Tanzania for five years, their findings were published Wednesday.

“Grouping with more females, called gregariousness, is correlated with better survival of female giraffes, even as group membership is frequently changing,” Bond told the University of Zurich.

Female giraffes form similar social bonds as humans do, proving to be beneficial for their ability to feed and rear their young, the University of Zurich reported.

“It seems to be beneficial for female giraffes to connect with a greater number of others and develop a sense of larger community, but without a strong sense of exclusive subgroup affiliation,” Bond added, according to the University of Zurich. Giraffes that live more isolated lives, however, miss out on opportunities to learn about plentiful food sources and nearby predators, the authors wrote.

But female giraffes seek companions for more than just insight on the best food spots and local knowledge. The researchers found that when female giraffes formed close bonds with other females, they were able to manage their stress levels, often raised by harassment from male giraffes.

While poaching does indeed decline giraffe populations, growing human disturbance and habitat fragmentation are the biggest threats, The Atlantic reported.

“When the land is not open, it reduces the animals’ ability to be flexible to change,” Julian Fennessy, co-director and co-founder of the Giraffe Conservation Foundation, said. “And change is certainly upon them,” The Atlantic reported.

Combined stressors, like shorter rainy seasons and longer droughts brought on by climate change, as well as competition from nearby pastoralists for the same natural resources, impact giraffe survival, especially their reproductive success, The Atlantic reported.

But that’s not it. Giraffes also suffer from a lesser-known risk.

In what Fennessy calls a “silent extinction,” giraffes have long been overlooked by conservation groups, National Geographic reported, mainly because there are other endangered species in Africa, like elephants, rhinoceroses and chimpanzees that often get more attention from conservation groups. “Giraffes have suffered from surprising scientific neglect,” the Atlantic reported, despite the adoration people have for the creature. “Few researchers have studied them in the wild, so even basic aspects of their lives remain mysterious.”

Insight into a giraffe’s ideal social life could help scientists and conservationists alike understand more about one of the planet’s most distinct creatures, and help protect them before they have no friends left.

“This aspect of giraffe sociability is even more important than attributes of their non-social environment such as vegetation and nearness to human settlements,” Bond told the University of Zurich.