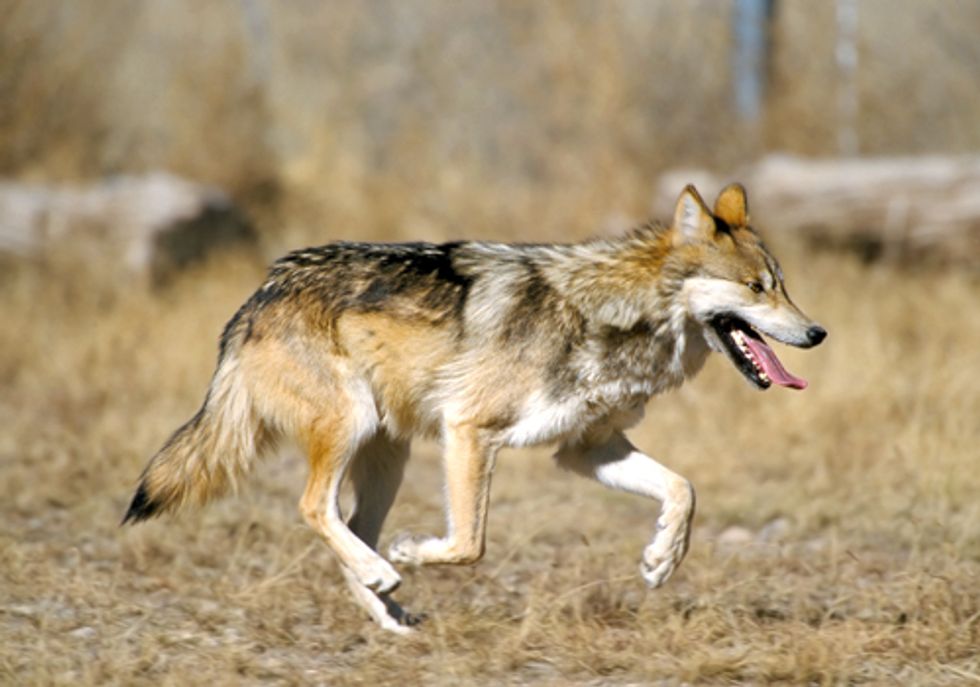 The alpha female of the Fox Mountain Pack of Mexican gray wolves will be shot due to the seven-member pack preying on four head of cattle over several months.

The owners of the cattle will be fully reimbursed, but the wolf family will lose their matriarch, according to a kill-order issued on Aug. 8 by the U.S. Fish and Wildlife Service to its sister agency, U.S.D.A. Wildlife Services. Last year, only 58 Mexican wolves and six breeding pairs survived in New Mexico and Arizona, their only home in the wild.

”Instead of killing this successful wolf mother, more should be done by affected ranchers to protect their livestock,” said Michael Robinson of the Center for Biological Diversity. “This kill order is a shocking return to reviled and destructive Bush administration policies toward Mexican gray wolves. Resources should be used to immediately hire a range-rider, rather than spend a greater amount of taxpayer money to shoot a radio-collared wolf in front of her pups.”

The last wolf shot in response to livestock depredations was the alpha female of the Durango Pack, killed on the Gila National Forest in New Mexico in June 2007. Her mate and pup disappeared thereafter and are presumed dead. Then-Gov. Bill Richardson withdrew the state’s assent to killing her and other wolves, but his message was delivered too late to save her.

“The Fox Mountain Pack is largely surviving on elk,” said Robinson. “Rare losses of livestock, whose owners are indemnified, should not be used as an excuse to resume a de facto war against the beautiful, intelligent, social and very imperiled Mexican wolf. These pups should be allowed to grow up with their mother.”

After a decades-long wolf extermination program in the U.S. and Mexico carried out by the U.S. Fish and Wildlife Service, passage of the Endangered Species Act in 1973 led to the rescue and captive breeding of the last five Mexican wolves in the wild in Mexico. Some of their great-grandpups were reintroduced in 1998, but the shooting of 12 wolves by the government, accidental killing of 18 more in the course of capture and long-term incarceration of 32 other once-wild wolves has led to the population languishing and left it at risk of blinking out.