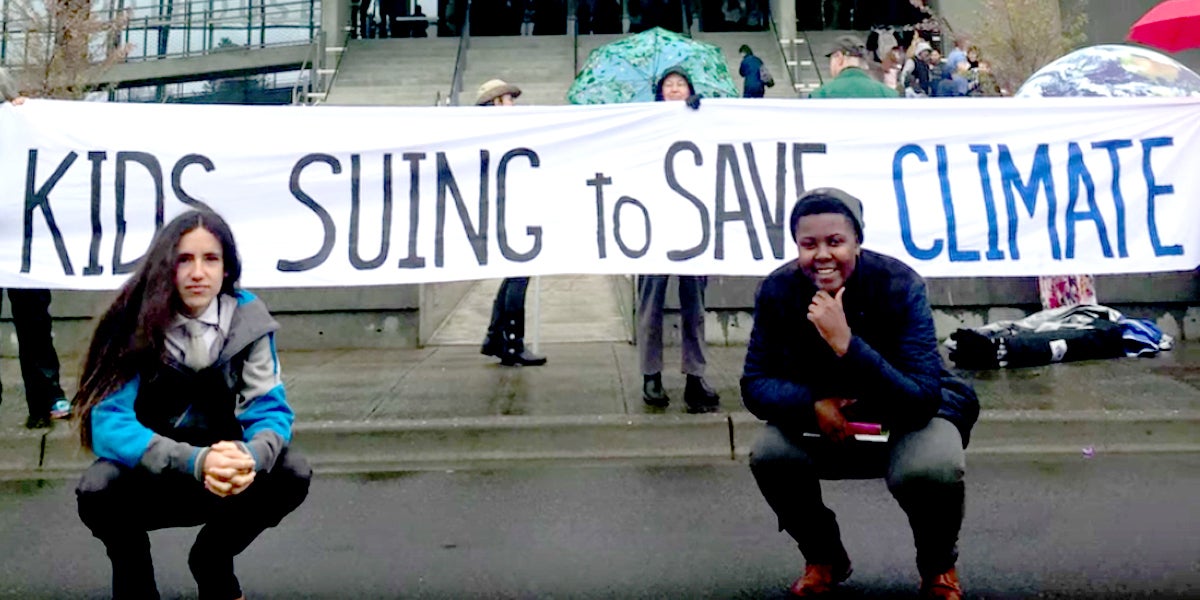 On Jan. 13, the federal government filed its answer to youth plaintiffs’ complaint in Juliana v. United States. In their answer, the federal defendants make several admissions to their long-standing knowledge of climate change danger and to today’s knowledge on the severity of those impacts.

“The Department of Justice and the federal defendants have now admitted many of the central facts underpinning our youth plaintiffs’ constitutional claims against the United States,” said Julia Olson, counsel for plaintiffs and executive director of Our Children’s Trust.

“This answer moves us even closer to proving our case at trial this year. One important and lasting legacy of the Obama Administration is its commitment to scientific research and disclosing the full dangers of climate change to the American people and the world. This answer, made in his final days in office, reflects the stark contrast between the truth of the climate dangers we face and the destructive lies being perpetuated by the incoming Trump Administration. At trial, truth will prevail.”

Pursuant to defendants’ answer, the following allegations were admitted:

In some cases, the federal defendants even argued that the youth plaintiffs’ allegations were understating the evidence against them. For example, plaintiffs alleged the atmospheric CO2 concentration exceeded 400 ppm in 2013 for the first time in recorded history, but the federal defendants admitted it was “for the first time in millions of years.”

In another example, plaintiffs alleged that since 1993, sea levels have been rising at an average rate of 3.2 millimeters per year. The federal defendants rebutted that sea levels have actually been rising at a rate of 3.4 millimeters per year. In yet another example, youth alleged that fossil fuel production in the U.S. was 65.244 Quadrillion Btus in 2014, but federal defendants insist that year’s production was 69.653 Quadrillion Btus.

Read through all admissions made by the federal defendants in their answer here.

The court will hold another case management conference on Feb. 7, to finalize proposed schedules for discovery and put the case on a schedule for trial in mid-late 2017. Among the facts to be determined at trial are whether the federal government actions, which it now concedes in its answer, are responsible for creating or enhancing climate change and have violated and continue to violate, the constitutional rights of the youth plaintiffs and future generations.

This federal case is one of many related legal actions brought by youth in several states and countries, all supported by Our Children’s Trust, seeking the adoption of science-based prescriptions to stabilize the climate system.